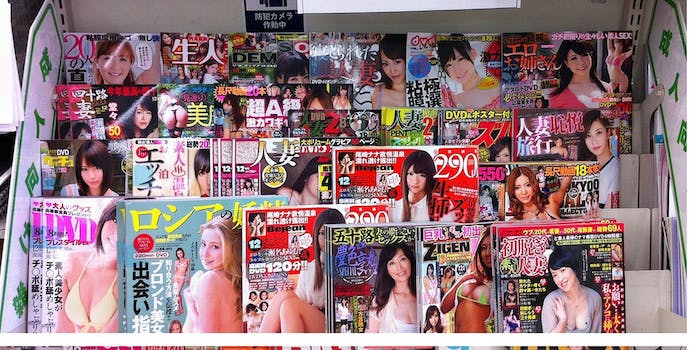 “We tend to go with more day-to-day storylines featuring regular guys, unlike on American-made DVDs,” says Mumin, who says he shoots an average of six adult films per week (while some top-earning U.S. adult performers used to shoot as frequently, this is no longer the case more often than not, as there are generally fewer available shoots) . “There are few, if any, steroid-fueled actors in Japan’s AV industry. Our dramas are far more realistic.”

In other respects, however, the Japanese AV industry is relatively similar to that of the United States: as is the case in the San Fernando Valley, Japanese female adult performers make more money than males, and the average performer stays in the industry for about as long as American performers do (six months, according to the low end of one estimate). In fact, the primary distinction between the Japanese and American porn industries seems to be simply that the Japanese AV industry has figured out how to get consumers to pony up for their content, while many U.S. adult production companies, unfortunately, have not.