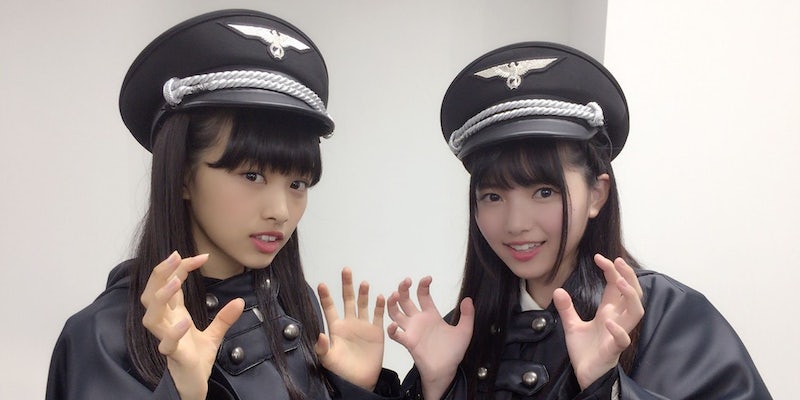 These members of Kayakizawa46 aren't the first to wear Nazi imagery—and probably won't be the last.

Even though we here at the Daily Dot have been lecturing people for a while about not dressing up as a racist regime of soldiers who killed up to 20 million people in the name of white supremacy, some people just won’t listen.

Take, for example, these members of Japanese pop group Kayakizawa46. This is what they recently wore to celebrate Halloween. 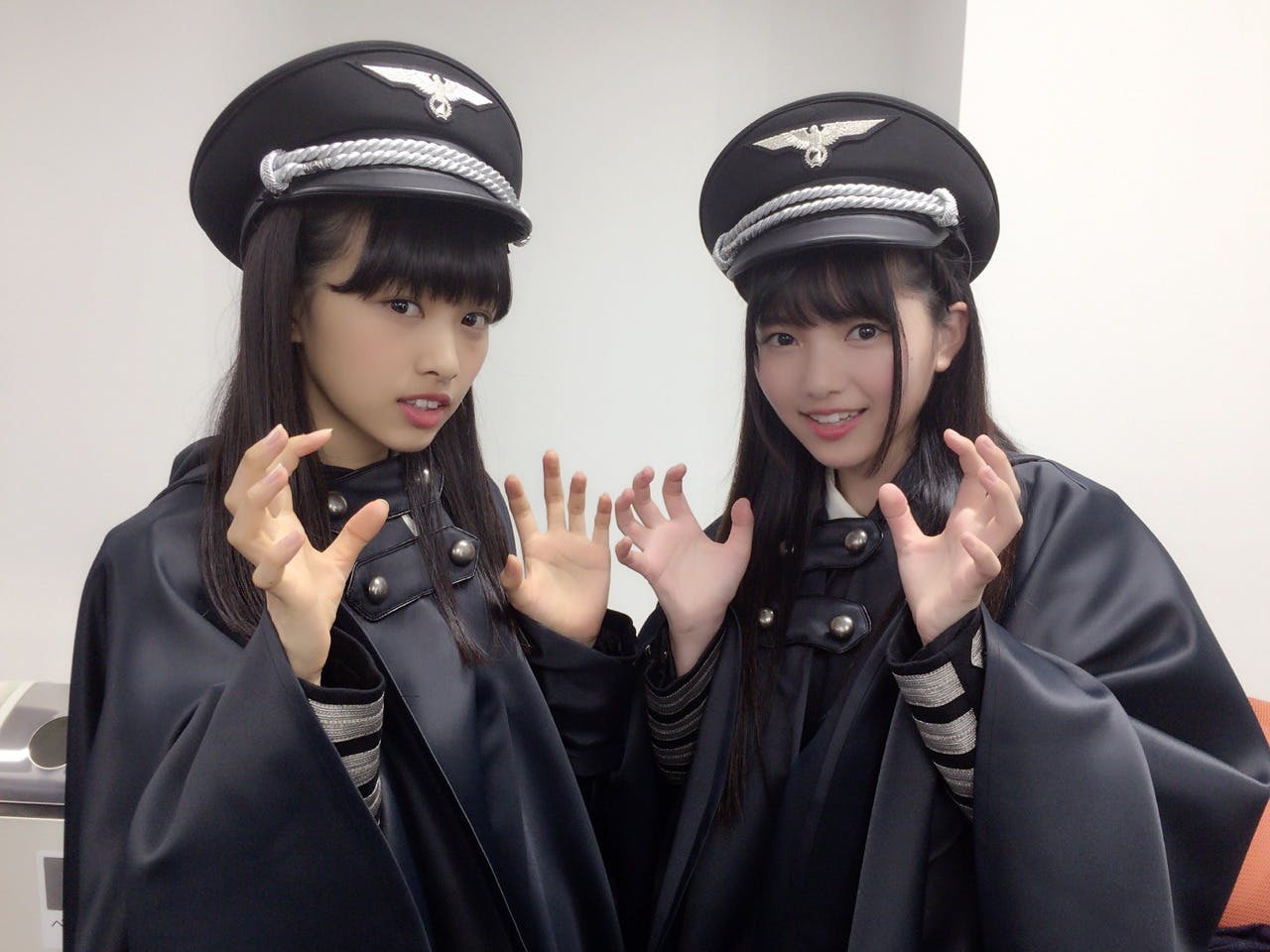 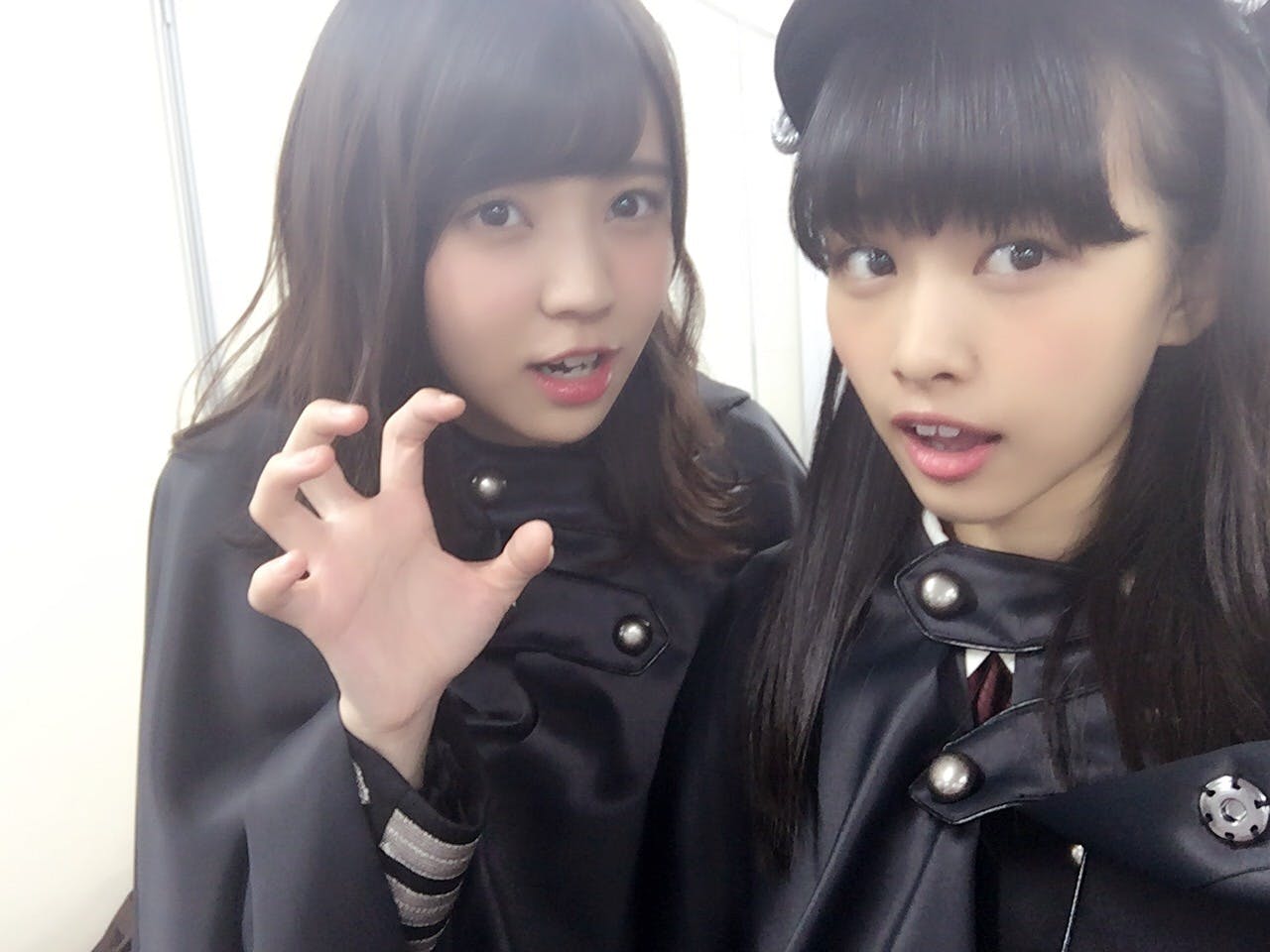 While it’s unclear if the pop stars were aware of their costumes’ Nazi imagery, others took note.

Kotaku points out that this isn’t the first time Asian pop stars have dressed up as Nazis. Kishisdan wore the militarized gear on MTV in 2011, and K-pop’s Pritz wore girly Nazi uniforms during a live performance in 2014.

No doubt, Asian fashion does like a good military jacket, but even if you think you look cool, it’s always good to surround yourself with a diverse crew of people who can educate you and tell you “no” when you act or dress up as something racist. Take heed, Amy Schumer.