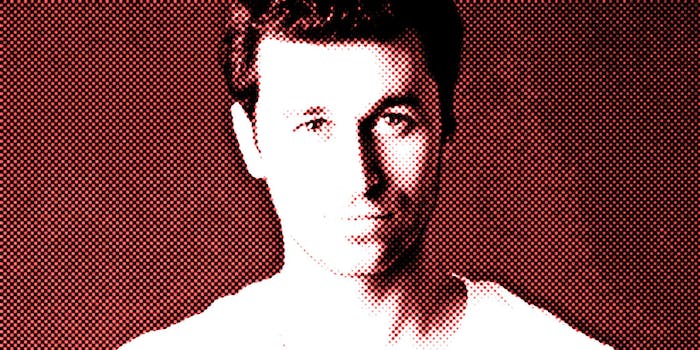 'I honestly am shocked.'

Now Deen—once known as the “boy next door” of porn—has defended himself, telling the Daily Beast on Tuesday “I honestly am shocked” about the allegations and “I am completely baffled.”

“There are public articles all over the internet, written by [Stoya], that make the exact opposite claims,” Deen told the website. “She discusses how we communicated and how we were very careful with consent especially when involved with rough sex. What I do know is that Stoya and I did not have a clean break-up. It was pretty messy, full of a lot of emotions and both Stoya and I are to blame for that. She made threats towards me and harassed one of my employees. She spit at this employee as well as sending very inappropriate texts. I have spent this past week terrified and confused so I can’t help but run through the details of our relationship in my head.

“The reason Stoya made this claim could be as simple as her finding out that my current girlfriend and I are moving in together. We have mutual friends, one of our friends notified Stoya of this information. It could be as calculated as Stoya trying to drive traffic to her website… I can’t speak to her reasoning or motivations.”

I replied with a firm “No,” in order to establish my boundary—which James then disregarded by grabbing me by the throat and shoving me down onto a mattress on the floor. He proceeded to straddle my chest, pinning down my arms with his knees. Then, he raised his hand high above his head, swinging it down and hitting me in the face and head with an open palm. He did this five or six times—hard—before finally getting off of me.

Soon after that, Amber Rayne told the Daily Beast her story in which she said, “We were in a piledriver, he was fucking me in the ass and I said something like, ‘Yeah fuck me like that you son of a bitch.’ His face twisted and he came down on my face two times—close-fisted. I was punched in the face while he was still in my ass and then he starts going crazy on my butt—extreme, brutally fucking it. He just starts shoving things in to the point where he ripped it and I bled everywhere. There was so much blood I couldn’t finish the scene.”

When asked to respond to the Lux accusation, Deen said, “I can safely say that did not happen. All of the accusations are from either ex-girlfriends or events that happened on set. I always try to take responsibility for my actions and apologize when needed.”

Deen also asked for these allegations to be taken in context since some of them occurred on a rough-sex set.

“When I am on set I am under instruction of the company who is paying me,” Deen said. “I could describe the events of the scene I was in the other day and it could be just as dramatic. I have no desire to blame people who consider themselves victims or throw stones. I will just say this: My job as a performer for rough sex companies is to engage in certain acts. If at any point I pushed boundaries past the point of comfort, I am sorry. I have always tried to respect peoples’ limits and safe words and operated within that space. If someone expressed anything to me I honored the request with the fullest care.”

As for the Rayne accusation, Deen said, “It sounds pretty extreme but I can assure you, as someone who has also been on sets before, this situation was grossly distorted by the press, and as someone who came to my defense stated, this video exists. You can clearly see it not happening the way it is represented in the media.”

And as for why these accusations are coming to light now, Deen said, “Multiple women have told me journalists have offered them up to $5,000 for stories about me. Any description of a porn scene can be made to sound sensational. Again, I’m not blaming the victim and if anything ever happened that was over the line I want to apologize and ensure that when communicated these things DO NOT HAPPEN… Like I said, I have never claimed to be a feminist or a nice guy, or the boy next door or anything like that. I am a pornographer. It’s all I ever wanted to be. I believe in respect and equality and doing unto others but that does not make me anything more than a pornographer who believes in these values.”