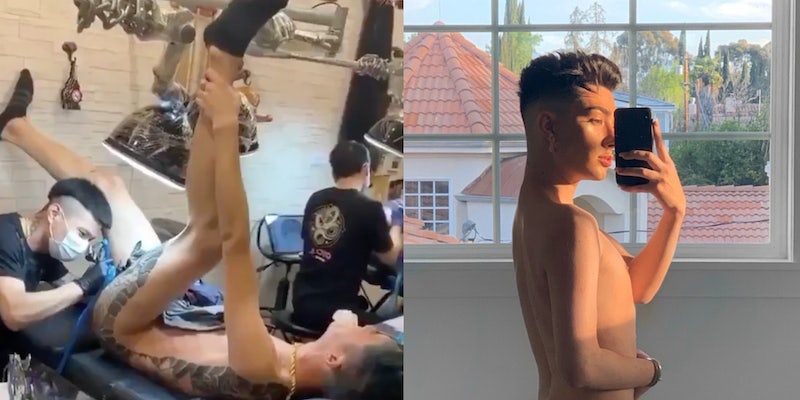 Beauty YouTuber James Charles shut down rumors that he got his butthole tattooed after a viral video showed his lookalike sprawled open in a tattoo shop, PopBuzz reports.

A Nicki Minaj Twitter fan page posted a video of someone who looks like Charles screaming in pain as they got their butthole tattooed. The tweet said, “now why would james charles-.”

Rapper Cupcakke tweeted, “Well whenever he don’t like the tattoo I’m sure he will use makeup to cover it.”

Charles responded, “Girl that ain’t me.”

But the video, which has over 2,000 likes and over 250 retweets, has a lot of people convinced it’s Charles.

Others joked that they could “smell” the photo.