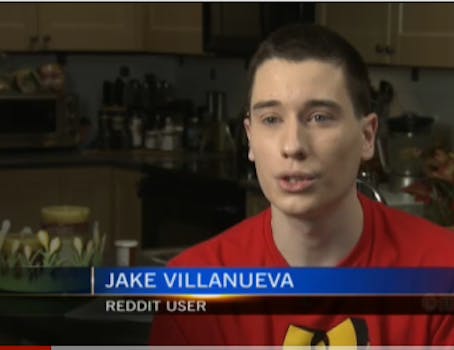 Update: Man with terminal kidney cancer raises $30,000 for a trip around the world

All Jake Villanueva wanted was to share his story about living with terminal kidney cancer. Now redditors are flying him around the world.

Just 24 hours earlier, the 23-year-old from Surrey, British Columbia had posted to social news site Reddit’s “ask me anything” (AMA) section about his fight with a terminal Kidney cancer. He was met with sympathy and invitations: Come stay with me and my wife in Chile, one redditor suggested. I can put you up in Sydney, Australia another wrote.

Lindsay Minar, a redditor in Portland Oregon, saw all those comments and decided to turn words into action. She launched a fund to collect donations to send Villanueva around the world.

“I thought, ‘Well why can’t we just help him get there?'” Minar told CTV B.C.

Villanueva will stay on Reddit to chronicle his worldwide adventure. At r/OceanSkys (named after his Reddit username), more than 500 redditors already subscribed to follow his trip around the world. And Villanueva has laid out a temporary itinerary—from Seattle to Los Angeles to New York.

Where does want to go? “Every continent,” he told CTV B.C.. After North America, he might want to hit up Europe next. One redditor in Switzerland has apparently offered to let him drive his Lamborghini.

Click here to watch the CTV B.C. interview with Villanueva.