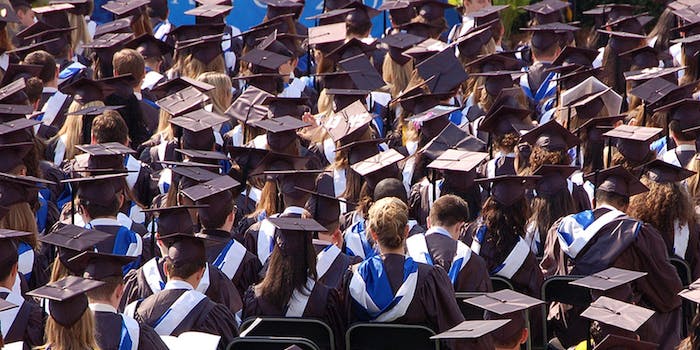 17-year-old Harold Ekeh was accepted into all of the Ivy League colleges last week.

When the news broke last week that 17-year-old Long Island high school senior Harold Ekeh was accepted to all eight Ivy League colleges, most of the internet celebrated the Nigerian immigrant’s success.

Ekeh wasn’t just accepted to the Ivies, which include Brown, Columbia, Cornell, Dartmouth, Harvard, University of Pennsylvania, Princeton, and Yale. He also received acceptance emails from five other schools he applied to, including MIT and Johns Hopkins.

The student, whose parents moved the family from Nigeria when he was 8, has a resume that pretty much guarantees admission to any of the nation’s top colleges. He has a perfect GPA, won a prestigious Intel science award, belongs to the Model UN, edited the school newspaper, and even founded a college mentorship program at Elmont Memorial High School.

“I’m definitely interested in science, but I feel like I’m going to be the kid that wants to be a neurosurgeon when he grows up and then goes to college and finds out that he wants to be a senator,” Ekeh told Business Insider.

But on Reddit, the discussion turned to jealousy and outright racism. Haters posted bitter comments about the role of affirmative action in the college admissions process, as well as jokes about spam emails from Nigerian princes asking for bank transfers.

Many of the comments revolved around assumptions that Ekeh’s family must be very wealthy if they’d migrated to the United States in the first place. Others blamed the entirety of Ekeh’s success on the color of his skin.

“If you think that this kid would have gotten even half the offers he did if he were white or Asian, you’re delusional,” wrote one Redditor on the thread.

“I’m fairly certain his race helped out some amount,” wrote another.

And on Twitter, responses to the news ranged from excitement to bitterness to even jaded disinterest.

why is it such a surprise that a black student was accepted into eight ivy league schools? it should be celebrated!

Bruh it's very near impossible to get into an ivy league school if you're not black, got connections or a beast in a sport

Ekeh is not the son of a rich Nigerian prince, despite Reddit’s jokes about the well-known email pyramid scam. According to the Daily Mail, his father works for the NYPD in the traffic division, and his mom is employed at a human resources agency. When they first came to the United States, the two worked as clerks at Target.

Another Long Island teen, Kwasi Enin, also got into all eight Ivies just last year. Enin’s parents migrated to the US from Ghana, and he told CNN that they pushed him and his sister to get good grades and work hard in school.

According to the data, 17 percent of Nigerians in the US had master’s degrees, while 37 percent had bachelor’s and 4 percent had doctorates. Those numbers were about double the white population.

“The typical saying in a Nigerian household is that the best inheritance that a parent can give you is not jewelry or cash or material things, it is a good education,” Oluyinka told the Chronicle. “It is expected.”