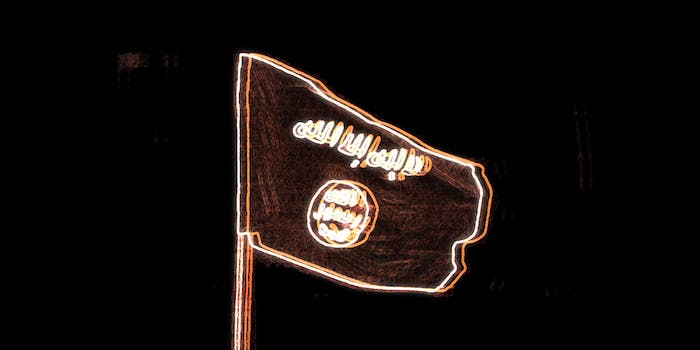 Jihadi references aside, the rant basically expresses a frustration shared by women everywhere.

Every woman on social media has received at least one unsolicited message from a man. These messages, which range from a simple “hi” to lewd photos of flaccid penises, are some of the most annoying aspects of making ourselves accessible online.

But one American woman alleged linked to the terrorist group ISIS declared jihad on the entire male gender after being spammed with creepy come-ons.

Canadian postdoctoral fellow Amarnath Amarasingam, whose research focuses on jihadis in Syria and Iraq, where the so-called Islamic State has captured territory, publicized the woman’s rant on Twitter.

American woman with ISIS goes on epic tirade against men who are messaging her. Boys will be boys. #ISIS #IS #Syria pic.twitter.com/bWnmA7M2zk

The woman, who Amarasingam says is “with ISIS” and is identified only as Umm Isa al Amriki in what appears to be a Tumblr post, calls out her “brothers” and firmly instructs them to “fear Allah” and leave her alone.

According to this rant, messaging a woman is against Sharia law. “My account is for sisters only,” the female jihadi wrote, “so unless you menstruate do not message me.”

Later in the rant, the woman wrote that “anyone who messages me will be forwarded to my husband and will be dealt with accordingly.” It’s unclear what this means, although given the writer’s alleged ISIS connection, the answer could be a grim one.