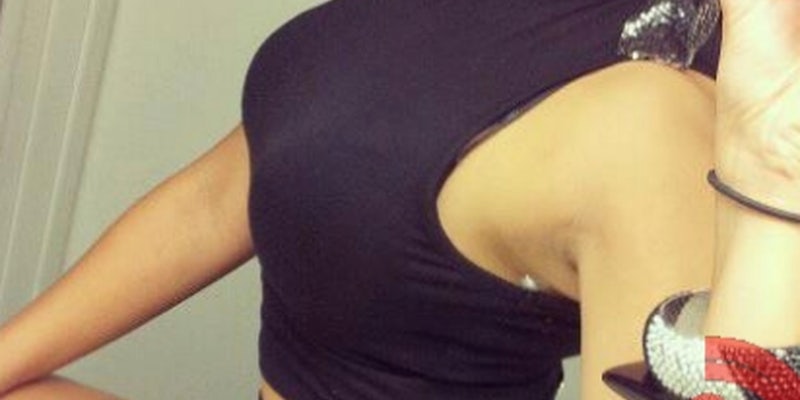 IsAnybodyDown hosts anonymously-submitted nude photos, but the proprietors of the site may also be behind a service that charges a fee to get those photos taken down.

Turns out that there is.

The new site is IsAnybodyDown, and it’s run by a tag team of guys named Craig Brittain, from Colorado Springs, Colo., and Chance Trahan, who lives in Tuscon, Ariz.

Underneath the witty tagline is a list of links to “News,” “Guys,” “Girls”—more or less, whatever it is you could want. You can even sort by “Countries,” if you’re into that sort of thing.

Just below that is a rotating cast of slides and cellphone shots. There’s the one of Ashley from Orlando and Valerie from California. There’s Miranda from Green Bay and even Paul from Toronto, Canada. Just like we told you. “Guys,” “Girls,” and “Country.”

Clicking on those links will take you to to a page that features thumbnails detailing privately-intended snapshot photos that detail the curves and arcs of these individuals to varying degrees of skin and scandal. There are also links to phone numbers and Facebook pages, where applicable. All of the shots are branded with the IAD logo, a quirky interpretation of the site’s full name in pink letters.

Like the people featured on Moore’s site, the people in the photos on IsAnybodyDown aren’t necessarily aware of the fact that their bodies and information are being broadcast by Brittain. Their photos were sent in to the site’s administrators by an anonymous third-party—likely an ex—and IAD is allowed to host them.

The site’s protected under the Communications Decency Act, which protects site owners from legal action based on what its users submit. As Forbes law blogger Kashmir Hill has explained, it’s the same law that protects sites like Facebook from being liable for everything their users post—so long as the posted subjects are 18. IsAnybodyDown has plastered “You must be 18 or older” messaging on every page of the site.

Just because Nicole and Tara’s shots have been posted onto the page doesn’t mean that they’re up there to stay, however. Brittain is offering a way to take them all down. All you have to do is find the button that says “Get Me Off This Site!” and click.

The site boasts a “100% guaranteed success rate with IsAnybodyDown.com” and arrives as the “independent third party” brainchild of “David Blade, Attorney at Law,” a man who may not actually exist.

Blade purports to be a registered attorney in New York, but entering his name into this NY attorney-centric search bar brings forth no such results. A quick Google search for “David Blade + attorney” yielded only one link to a law firm’s website: Shook & Johnson Law’s in Tulsa, Okla. The firm employs a trial lawyer named David Blades, and has since 1992.

IsAnybodyDown’s subjects have never fit into the second, and thus Randazza has decided to take down the site and help IAD victims get their money back.

Randazza has pledged to represent “anyone out there [that] has been scammed by these crooks” completely pro bono.

“If you’re not in one of my states of licensure (AZ, CA, FL, MA, NV) then contact me anyhow, and I’ll get you in touch with someone in your state.”

But is such a suit likely to succeed? Randazza told Ars Technica earlier this month that it’s not a blanket case. “His legal strategy would depend on the client, but … he would likely sue Brittain for copyright infringement,” Ars’ Timothy Lee wrote. “Depending on the where the client lived, he said there were also likely to be private torts available under state law.”

When they do, you can expect the sparks to fly.