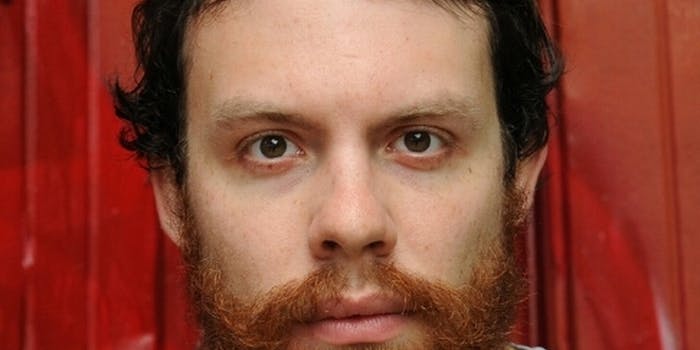 Andrew "weev" Auernheimer, a legendary troll and member of hacking group Goatse Security, faces up to 10 years in prison for accessing email addresses that were left vulnerable by AT&T.

A New York man has been convicted of stealing more than 120,000 iPad users’ email addresses, despite reports that he found the information posted publicly online by AT&T.

Andrew “weev” Auernheimer was convicted of identity theft and conspiracy to gain unauthorized access to computers Tuesday, the Associated Press reported. He faces a maximum of 10 years in prison for both counts. Sentencing is in 90 days, Auernheimer wrote on Twitter.

“I am going to prison,” Auernheimer tweeted in response to a message from alt-porn site @suicidegirls. “Please send sexually aggressive women with daddy issues who enjoy being spanked.”

Auernheimer was a member of the group Goatse Security when he gained access to a treasure trove of iPad email addresses in the summer of 2010. The email addresses belonged to ordinary users and high-profile celebrities, including New York City Mayor Michael Bloomberg and entertainment mogul Harvey Weinstein.

The Associated Press claims that Goatse Security “used a computer script they called the iPad3G Account Slurper to fool AT&T’s servers into thinking they were communicating with an iPad.”

TechNewsDaily, on the other hand, contends that because of how AT&T set up its service, it mistakenly published users’ email addresses publicly, even though the exact URL was difficult to find. Using a script, Auernheimer was able to gather the email addresses “without ever breaking into anything or cracking a single password,” TechNewsDaily added.

The confusing aspects of the case were the topic of a popular post on Reddit’s r/technology forum, where user crasymike tried to clarify the charges against Auernheimer.