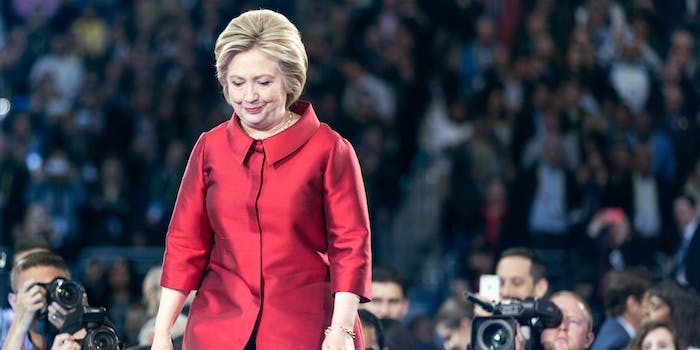 Women of the internet salute Hillary Clinton on Inauguration Day

She attended the inauguration in purple.

Women everywhere were inspired by the inauguration of Vice President Kamala Harris, the first woman to attain the office. In a nod to the suffragettes who fought for the right to vote a century ago, Harris and several other women at today’s ceremony donned purple and white, two of the colors of the movement.

Many women, and some men, also took to the internet to thank a woman who wasn’t taking the oath of office today: 2016 Democratic presidential nominee Hillary Clinton.

Clinton has been a polarizing figure throughout her public life. Love her or hate her, and there’s plenty of both, no one can deny that she blazed a trail as the first female nominee of one of the major political parties.

“To all the little girls who are watching this, never doubt that you are valuable, powerful, and deserving of every opportunity in the world and every chance to pursue your own dreams,” Clinton said that day.

“Even more true today than it was 4+ years ago,” Litman added.

For her part, Clinton was thrilled by Harris’s achievement.

“It delights me to think that what feels historic and amazing to us today—a woman sworn into the vice presidency—will seem normal, obvious, ‘of course’ to Kamala’s grand-nieces as they grow up,” she tweeted before leaving for the ceremony.

“And they will be right.”

While Clinton may not have achieved her dream of the presidency, she did shatter one of the highest glass ceilings in the world.