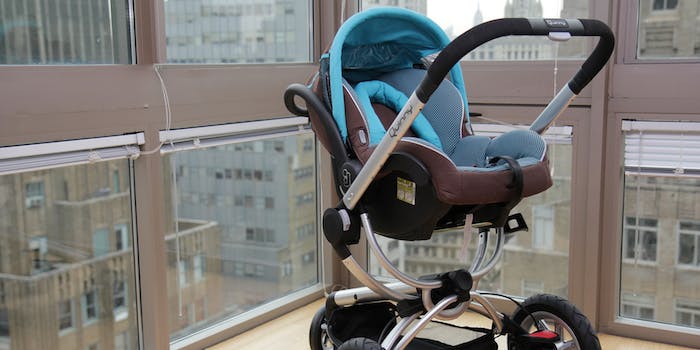 What happens when you let the Internet name your daughter

The world welcomes the kid who could have been "Megatron."

“Cthulhu,” “Phteven,” and “Streetlamp Salad” were popular options, but it was a relatively normal moniker that won out. You should be surprised: This was a married couple’s effort to get the Internet to name their unborn daughter.

There’s a lovely rhythm to that string of syllables. “Amelia” had long been a top contender at Stephen McLaughlin’s NameMyDaughter.com, but it faced challenges from bizarro Reddit favorites, and some trollish voters there suspected a rigged poll. 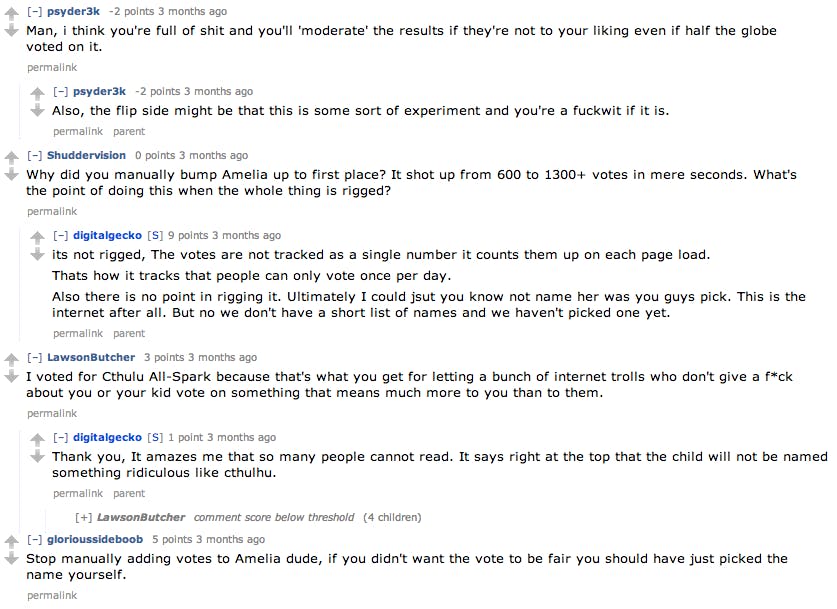 As the proud father had originally pointed out, he knew better than to trust the Internet with something like his child’s future: “We will ultimately be making the final decision. Alas my daughter shall not be named WackyTaco692,” he wrote, mentioning his wife’s skepticism. Over the last few months, he had been forced to remove “several STIs and a couple of sexual positions” from contention, all while defending his crowdsourcing.

McLaughlin’s (anonymous) wife also entered the fray at one point to register her opposition to joke entries and remind people that the contest was larger than a single message board. “[O]ur site has very little to do with Reddit,” she noted. “My husband’s thought patter[n] wasn’t ‘Let’s ask a bunch of fucking assholes on Reddit what to name our baby, and go with it.’”

Our advice to little Amelia? Stay off the Web for as long as you can.