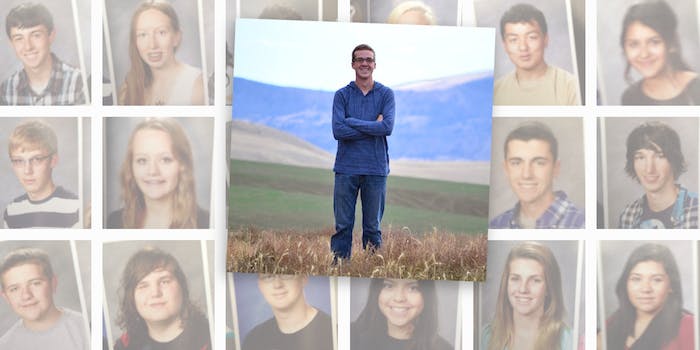 This dude is the anti-Regina George.

Forget the Burn Book from Mean Girls. One teenager has totally turned the stereotypes about nasty high schoolers on its head by showering his classmates with compliments on Instagram. Think of it as a digital yearbook, except without the inside jokes and with totally positive comments.

For the past year, Konner Suave, an 18-year-old who just graduated from East Valley High School in Spokane Valley, Washington, has been posting photos of his classmates with compliments and encouraging words under the veil of anonymity. He revealed his identity as the pleasant phantom behind @thebenevolentone3 during his valedictorian speech.

JADA THOMPson Amazing. Absolutely amazing! When I got my ballot for senior class people, I was totally going to vote you for best dressed. You're a lovely lady with a sense of stYle. You dress like a professional every time I see you. You bring vividness to east valley with the way your aura brightens those around you. I hope you continue to trudge forth into the unknown and dazzle people as you go. You're leaving your mark on the world, that's something to be inspired by.

It looks like Suave is passing on the torch after he graduates. According to ABC News, there’s a whole new generation of students creating an Instagram account featuring anonymous kind words about classmates.