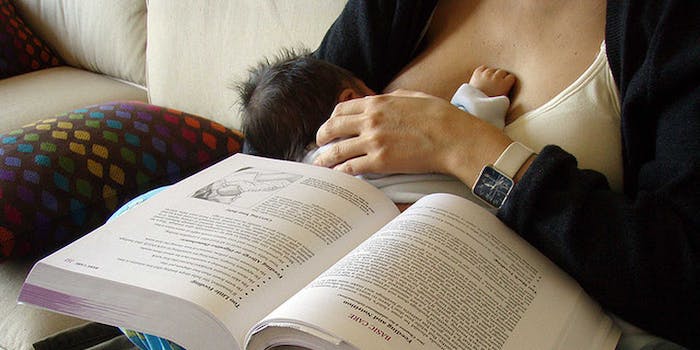 The social network has a complicated relationship with nipples.

Nipples are causing a stir on Instagram again, but this time for a good reason. The social network celebrated World Breastfeeding Week by posting a photo of a baby breastfeeding on its official page on Wednesday.

Instagram updated its nudity policy in April to clarify that post-mastectomy scarring and breastfeeding pictures do not violate their terms of service. But it’s had a long and complicated relationship with female breasts, and sharing the photo still came as a bit of a shock.

In an email to the Daily Dot, an Instagram spokesperson said the image is not reflective of any policy change. “Instagram has long allowed images of women actively breastfeeding, so there’s been no change of policy.”

The photo has more than 782,000 likes and almost 10,000 comments, most of which are supportive and heartwarming. The caption shares the story of one-year-old Dread and his mother Laurel Creager, who says that breastfeeding “changed [her] as a person.”

World Breastfeeding Week is working to bring awareness to the issue, and with nearly 25,000 posts made under the Instagram hashtag so far, it seems they’re succeeding.

Photo via Daniel Lobo/Flickr (CC BY 2.0)