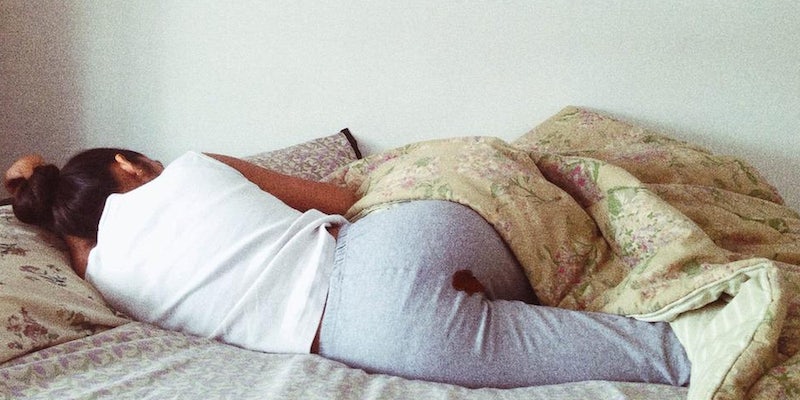 Why did Instagram remove this photo of a fully clothed menstruating woman?

Menstruation is still highly taboo in our society. Women hide tampons in the deepest corners of their purses for fear of them falling out in public, and they avoid wearing white pants even when they’re not actually menstruating. But one woman is working to change how we view that time of month.

A 22-year-old student named Rupi Kaur has created a photo series titled “period.,” which aims to demystify the menstrual cycle. Period. has gone viral on Tumblr, racking up over 200,000 notes within a couple of days. But when Kaur posted the photo to Instagram, she received a different response: It was taken down within 24 hours.

The photo-sharing app does have rules when it comes to the type of content it allows. As Instagram’s terms of use notes, the platform prohibits images that are “violent, nude, partially nude, discriminatory, unlawful, infringing, hateful, pornographic or sexually suggestive.” But Kaur’s photo doesn’t break any of these rules. It’s just a photo of a woman with a little bit of blood. 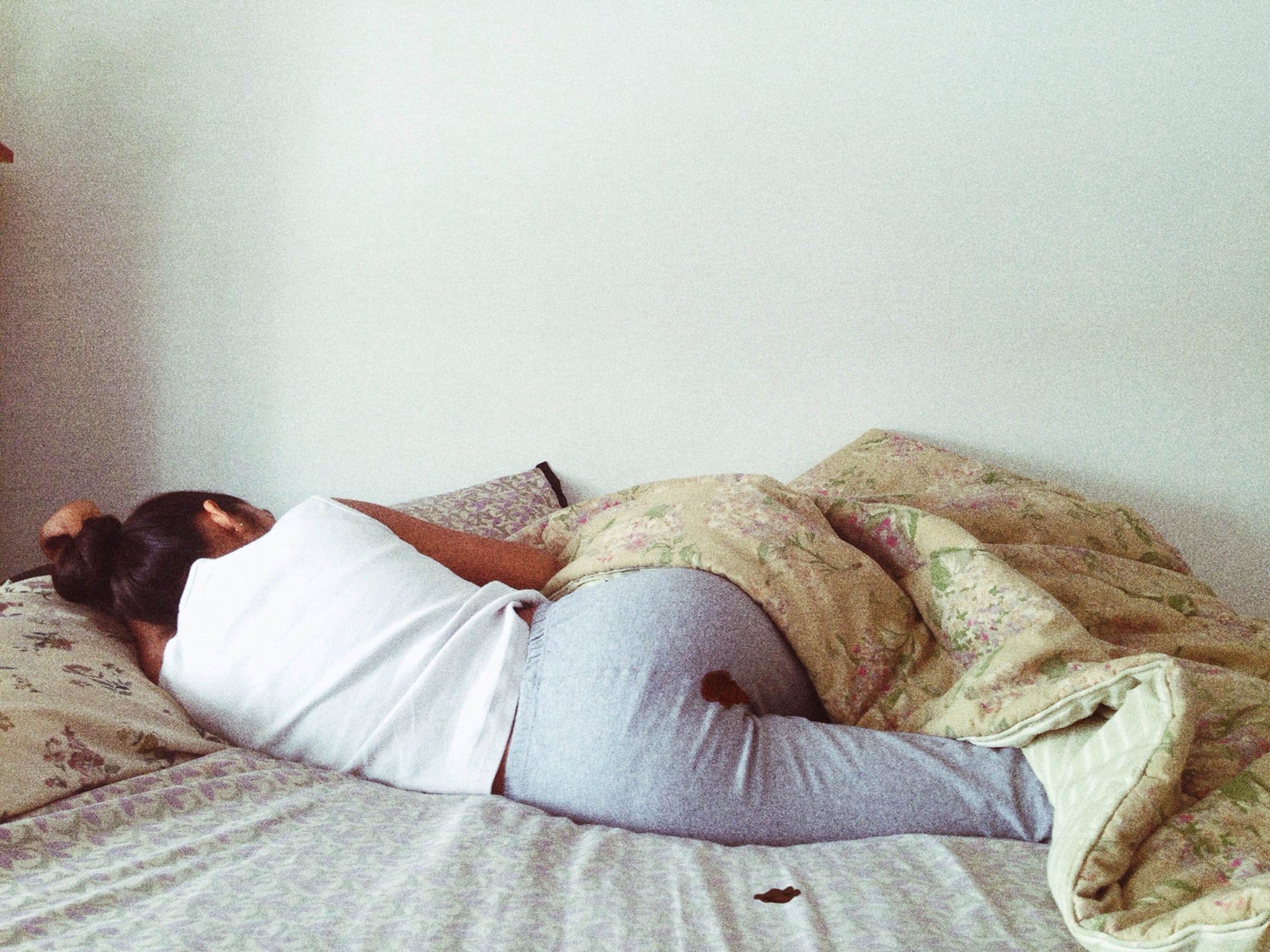 Kaur posted the photo to Instagram a second time, and once again it was taken down. She then posted it to Facebook, which owns Instagram, expressing her feelings about the removal.

“Why are we okay seeing every part of the female body contorted, pornified, humiliated, objectified, but not this.”

Since being posted on Facebook on March 25, the image now has more than 50,000 likes and 10,000 shares, so it’s clearly resonating with people. And as of this morning, Instagram has restored her image after sending her an apology email.

“Now that it’s blown up to this extent I guess the takeaway is to ask ourselves, why does this make us uncomfortable?” Kaur told the Daily Dot. “Why are we okay seeing every part of the female body contorted, pornified, humiliated, objectified, but not this. Is it because we only want to embrace that body when it directly has a positive impact on our desires? And do we reject this because it doesn’t care to feed our sexual egos?” 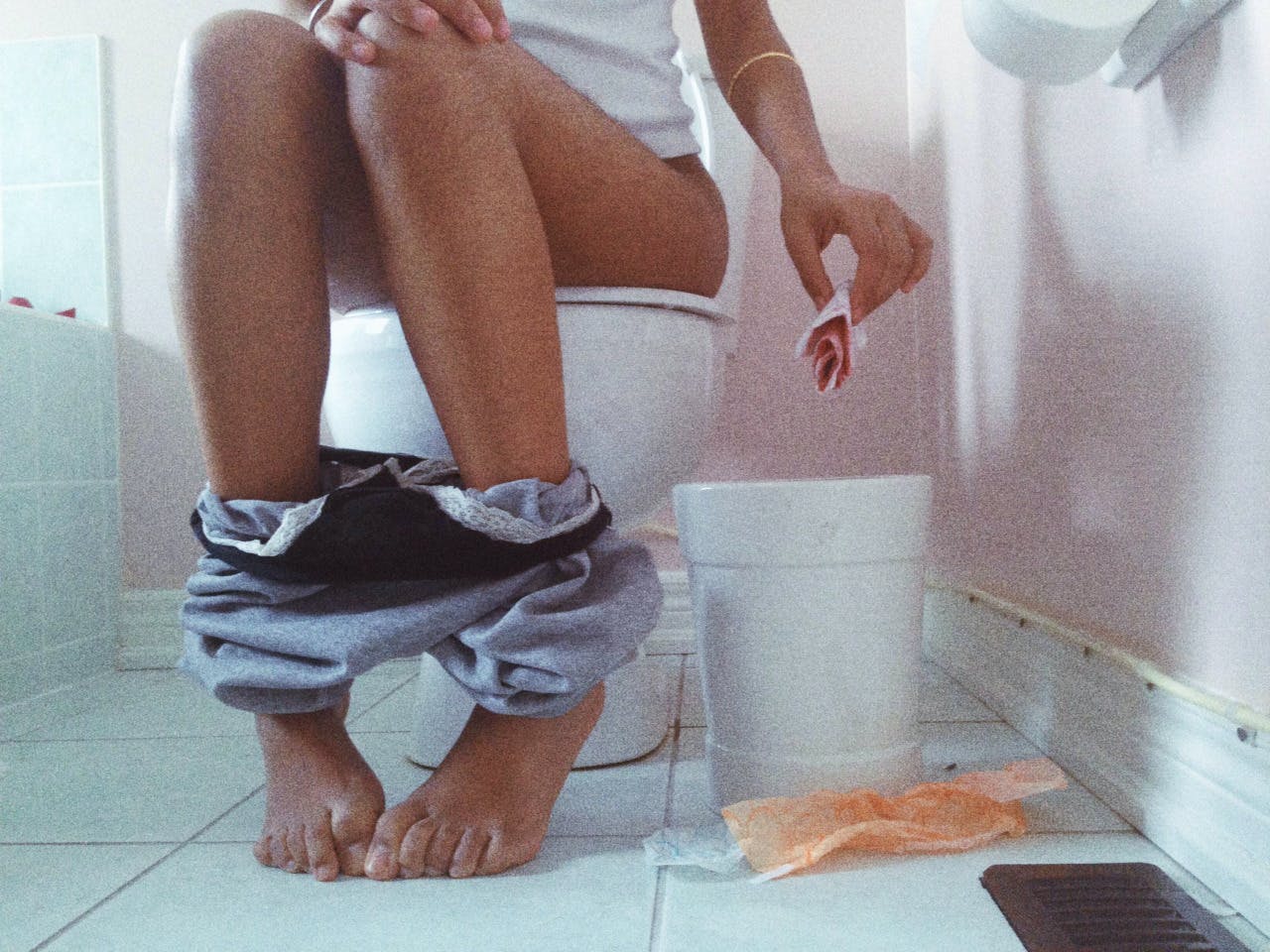 This isn’t the first time Instagram has flipped out over images of the female body. Comedian Chelsea Handler has been fighting back against Instagram’s censorship policies with a flurry of topless photos revealing her naked breasts. Singer Meghan Tonjes was also censored last year when she posted a photo of her clothed rear end.

Society often celebrates the female body—but only if it’s portrayed in a manner that’s deemed conventionally sexy or attractive. But when it comes to something like menstruation, people tend to react with disgust.

Kaur wrote on Facebook:”Their patriarchy is leaking. Their misogyny is leaking. We will not be censored.” It’s time we start shattering double-standards when it comes to the displaying of female bodies.