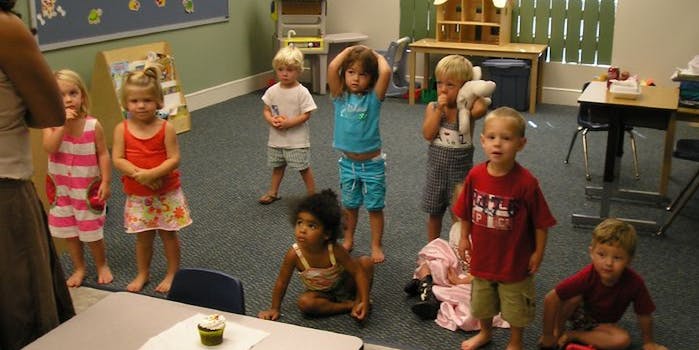 Employees made fun of a child with speech difficulties.

Many parents these days happily fill social media streams with pictures of their kids, but Melissa Jordan was upset to find Instagram photos of her son. Now-fired day care workers she trusted to take care of her 3-year-old were publicly making fun of him.

Disturbingly, a manager at the daycare mocked Ethan for his delayed speech difficulties in a comment. Ferrell even shared an image macro of the toddler with text reading “I’m sick of this shit!” superimposed on top.

“I was disgusted, and my feelings were hurt because they are making fun of Ethan because he isn’t able to talk,” Jordan told NBC affiliate WAVY last week. “They are making a joke out of him.”

In another photo, Ferrell made fun of a boy by comparing his teeth to Mater from the Pixar movie Cars. Ferrell has deleted her Instagram account, @mz_oneofakind.

A Heavenly Haven fired the two employees for violating company policy by taking a camera into a day care classroom, WAVY reported.

Virginia’s Department of Social Services is investigating the day care and its fired employees. Social services investigated the center in March and found 10 violations, including its hiring of staff before having complete professional references.

Last month, a day care in Arizona attacked a 2-year-old in a scathing Craigslist post after the child’s parents slammed the center on the listings site. Jordan is taking a more reasoned approach to her situation: She’s concerned about the other kids.

“I don’t know who these children are. I don’t know their parents,” said Jordan. “They have to know kids are on the internet being exploited.”