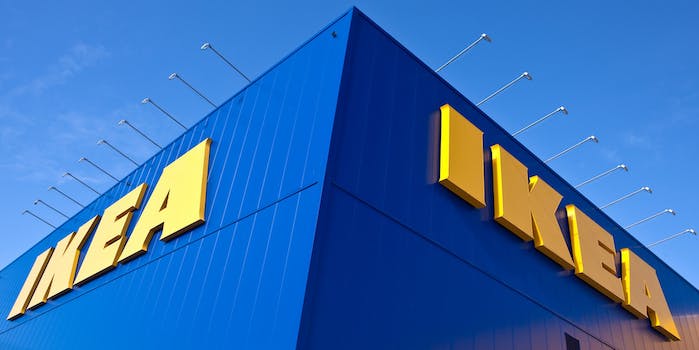 He had an estimated net worth of $58.7 billion.

“One of the greatest entrepreneurs of the 20th century, Ingvar Kamprad, has peacefully passed away at his home in Smaland, Sweden, on Jan. 27,” IKEA said a statement emailed to Fortune on Sunday. The statement said Kamprad was “surrounded by his loved ones” and died “following a short illness.”

Kamprad reportedly had an estimated net worth of $58.7 billion, according to the Bloomberg Billionaires Index, and was ranked as the world’s eighth-richest person.

IKEA has revolutionized the industry by producing furniture that’s affordable and easy to transport. Whether it’s easy to assemble is another matter entirely, and following Krampad’s death, several people on Twitter made the same light-hearted joke poking fun at the difficulty of building an IKEA piece.

The founder of IKEA has passed away. I want to send my best wishes to his family as they attempt to put together his casket.