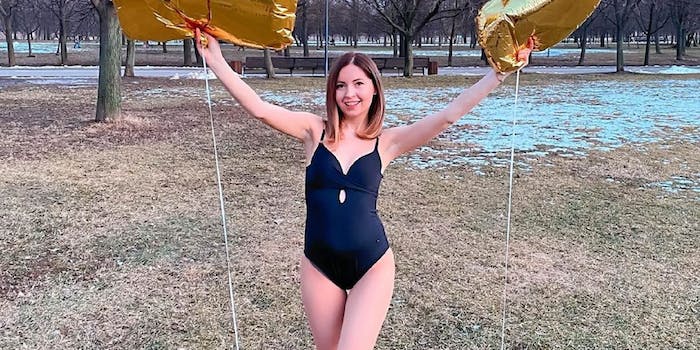 The influencer's husband is reportedly among the deceased.

Katerina Didenko, an influencer with 1.4 million Instagram followers, was celebrating her 29th birthday. The Moscow party took place at the Devyaty Val pool complex, where guests swam and enjoyed the sauna. After dry ice was poured into the pool to cool it down, however, three people lost their lives.

Guests exiting the sauna complained about the heat, according to BBC. This prompted partygoers to dump 25kg of dry ice into the pool. The dry ice was also intended, according to reports, to create a “dramatic visual effect.”
Overheated guests then jumped in the pool to cool off, only to choke and lose consciousness in several cases.

Early reports point to suffocation as the cause of death for all three victims. Didenko’s husband, 32-year-old Valentin Didenko, is reportedly among the deceased.

As noted by the BBC, dry ice is a solid form of carbon dioxide. If handled and stored properly, it is entirely safe. Without proper ventilation, however, releasing dry ice can lead to exposure to dangerous levels of the gas. Exposure can—as it was in this case—prove fatal.