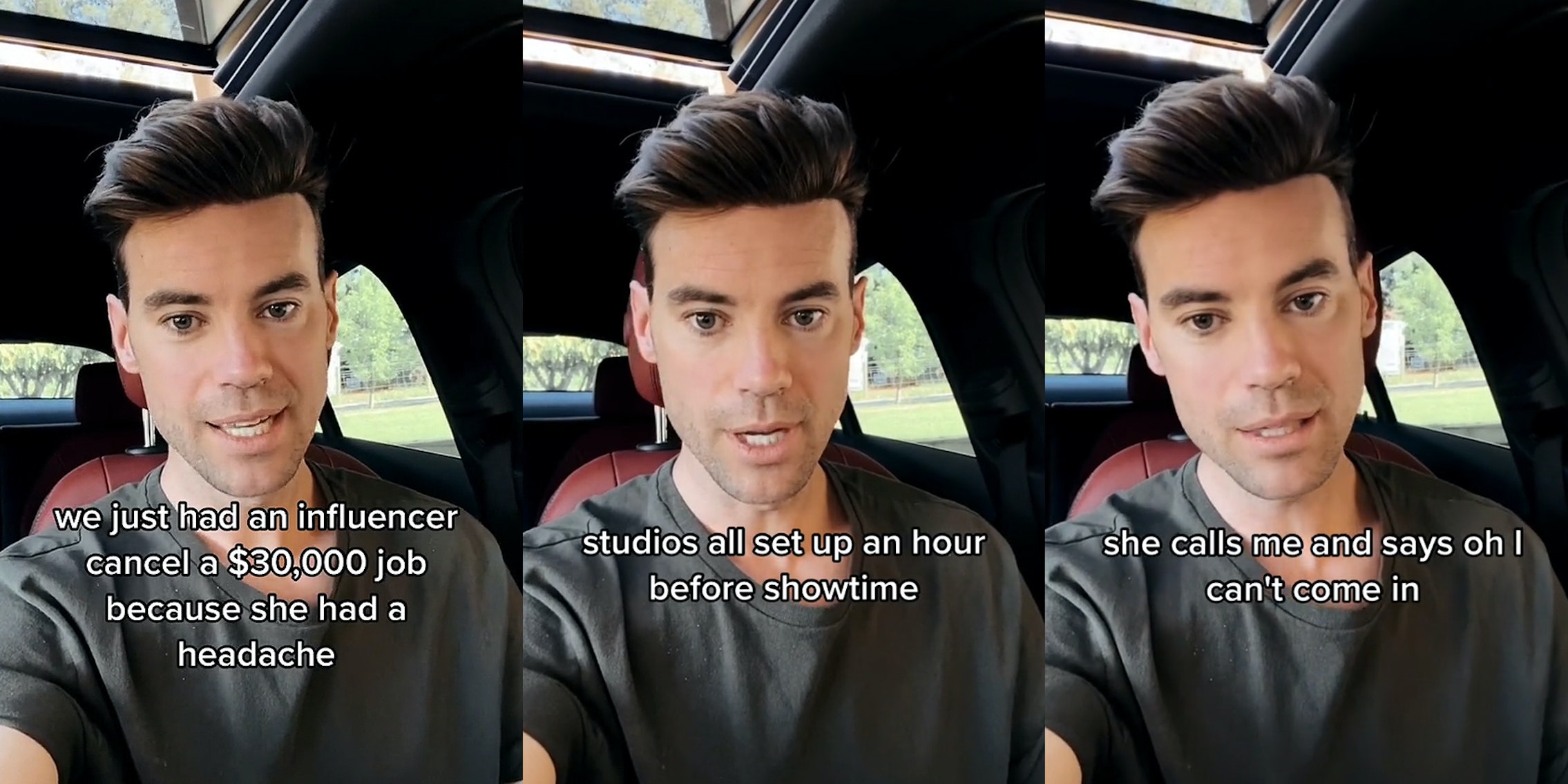 ‘I’d quit my job any day for that’: Owner of marketing firm says influencer canceled $30,000 shoot because of hangover

'You won't believe this.'

Last week, creator Zane Marshall (@zaneos) posted a TikTok sharing “a day in the life of a marketing agency owner,” and detailed how an influencer “canceled a $30,000 job because she had a headache.”

The video, posted Oct. 20, received more than 1.8 million views, as well as some pushback. Marshall says in the TikTok that all the unnamed influencer had to do was show up and film for six hours, which added to the pushback. Some commenters called not showing up “unprofessional,” while others were a little more empathetic. “If it was a migraine I don’t blame her,” one user wrote.

A day in the life of a marketing agency owner 😩🫠

According to his Instagram, Marshall is the founder of Lux Social, a marketing agency for influencers. In a follow-up TikTok from earlier this week, in response to a comment about suffering from chronic migraines, he claims that the influencer actually canceled because of a hangover and missed flights.

“I know I sounded insensitive in my previous video,” Marshall admits.

In the comments, he noted that the crew that showed up for the shoot still got paid, because it’s “part of the late cancellation clause.”

In another follow-up clip, Marshall responded to his statement about the shoot being “six hours of work.” He clarifies that it is not six solid hours of shooting. There are scheduled breaks, and the shoot can range from three to eight hours. He adds that there is a “huge negotiation process that occurs well before the shoot” in order to avoid “surprises.”

In response to another comment about whether the company got its “coin back from her,” Marshall says “all money was returned and everyone got paid.” In the original TikTok, he says he can’t reveal who it is “yet.”