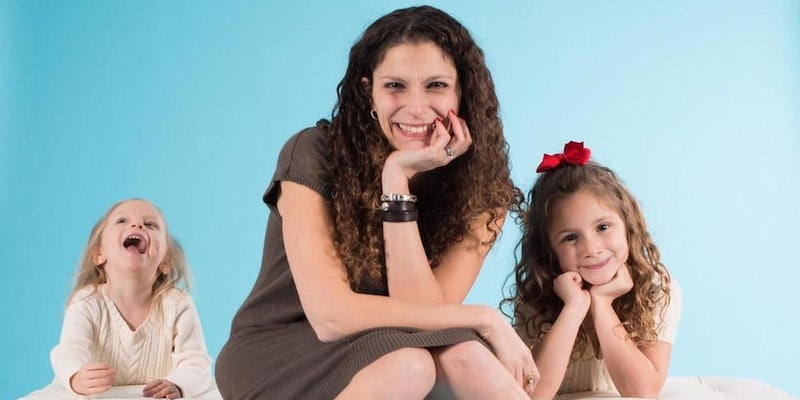 How Oprah and my online infertility support group got me pregnant

In honor of Infertility Awareness Week, I'm sharing my own story of my struggle to get pregnant.

This week is National Infertility Awareness Week. For most women who’ve struggled with infertility, it’s so unbelievably hard to talk about that finding stories from other women who’ve dealt with it is near impossible, despite the fact that one in eight couples has trouble getting pregnant or sustaining a pregnancy. That’s why women are sharing their struggles with getting pregnant online. I am one of those women.

Now, before I share my story, let me start by saying that I love Oprah. I know, I know: Everyone loves Oprah. (If you don’t, you have some serious personality flaws.) But my love for her actually changed my life. My youngest daughter will turn four this summer, and this is the story of how she came to be. 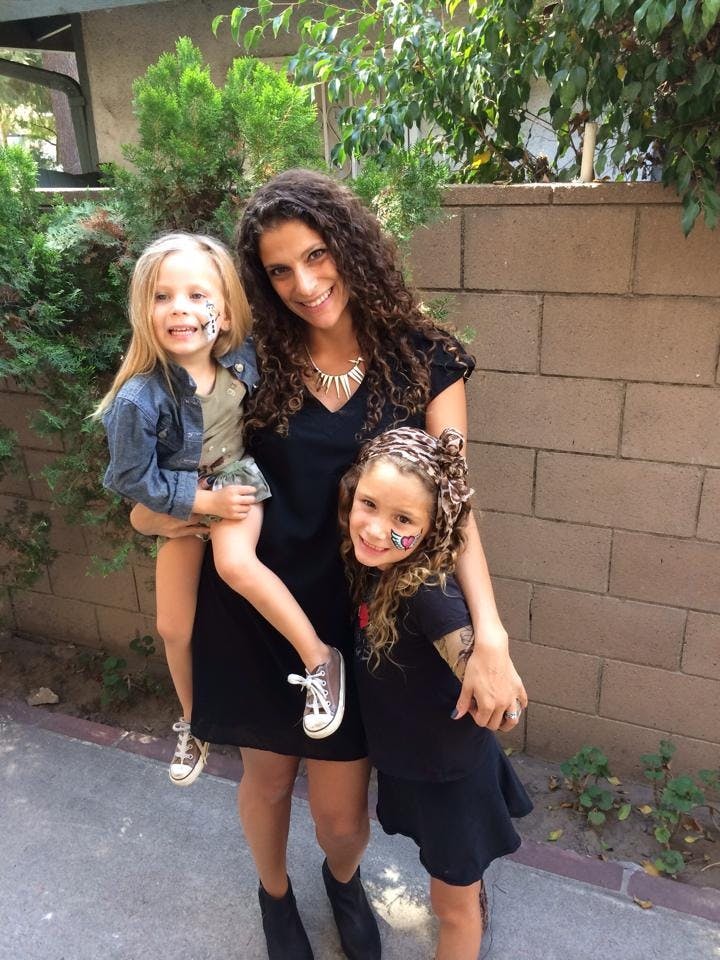 When my husband and I decided we wanted to have our first child, we were unbelievably fortunate to conceive almost immediately. At the time, I didn’t realize how lucky we were. I figured if it was that easy to get pregnant once, it would surely be easy to get pregnant again years later. I couldn’t have been more wrong.

For the life of me, I couldn’t conceive a second time. Who knew getting pregnant could be so hard? I don’t remember Mrs. McLeary mentioning that back in sex ed class. It was all “Better learn to put this condom on a banana” and “Remember, sperm can go through the weave of the underpants and get you pregnant without you even having sex!” But sperm was getting through a lot more than the weave of my underpants, and I couldn’t get pregnant at all.

As I later found out, I had what is called “secondary infertility.” That meant that I was unable to get pregnant or carry a pregnancy to term, even though I had already had one biological child. Because it’s so rare to hear infertility discussed in public circles, most people have no idea what secondary infertility is, let alone that more than a million couples struggle with it. So I had no idea how to handle it, and I didn’t know why it was happening to me.

I had no idea how to handle it, and I didn’t know why it was happening to me.

We tried to get pregnant on our own for eight months before begrudgingly going to a fertility specialist. Right away, the doctor realized my thyroid was off and put me on medication to correct it. We all thought that would do the trick, but four months later, I still couldn’t get pregnant.

Over the next few months, I began taking an oral fertility medication called Clomid, followed by a few rounds of IUI (intrauterine insemination). If you ever want to go completely insane, I highly recommend you try the Clomid. Clomid sends you off your rocker and turns you into a pile of oozing, amped-up hormones that make you furious at the world. Seriously, if you ever have the urge to find out what going completely insane feels like, I highly recommend you try Clomid.

16 months into this journey, I managed to get pregnant via IUI, but miscarried only days after. I tried to look on the bright side, reminding myself that at least I was able to get pregnant again, but the experience still hurt like hell.

We decided to amp it up after the miscarriage by adding injectable fertility meds, which also failed. In fact, they made me so sick, I could barely move for days. I was done. I couldn’t take it anymore. Every month with no results became its own little tragedy for us, to the point where we found ourselves mourning the loss of something that never even existed in the first place.

It seemed like everyone else in the world was pregnant except me. All I wanted was to have another baby, and I couldn’t. I wanted to be grateful for what I did have — a beautiful little girl who was real and here and who desperately needed me to be her mother. Yet every month, the anticipation of getting pregnant and the subsequent letdown left me overwhelmed with sadness and anger.

I knew that it was time to move on. So we gave up on treatments and went back to trying the old-fashioned way. The dream of having another child hadn’t died completely, but I was learning to let it go. I started looking for something—anything—that would make me feel better.

In 2009, I joined an online infertility support group on dailystrength.org, a directory of support groups for people struggling with various illness. I found it, funnily enough, on The Oprah Show website, after someone posted a question to Dr. Oz about secondary infertility.

Originally, I joined three groups as the result of a quick Google search, but I quickly discovered that the more prayer-focused groups weren’t for me. Although everyone seemed to mean well, I had a hard time with people telling me to “pray on it.” It felt more like the other women were giving me spiritual advice rather than support.

There was also a strange sort of competition among the women in the group over who had been going through infertility the longest, who should be more grateful for the children they already had, and who should celebrate the loudest when conception finally happened to them. It felt a bit like being stuck in a high school locker room, albeit one where everyone was trying to get pregnant at the same time.

There was a strange sort of competition among the women in the group over who had been going through infertility the longest, and who should be more grateful for the children they already had.

Each month that we “tried” for a pregnancy, we’d go through something called the “Two Week Wait,” which is after ovulation but before you can take a pregnancy test. I swear, those two weeks would last 20000 years every month and the only thing that kept me sane were the threads started by other members, who were stuck in the same wait time. We’d post threads like, “How much does this suck?” or “Flipping of that bitch Aunt Flo!,” where we’d all share selfies giving the bird to boxes of tampons. It was like we were partaking in some sort of communal ritual where we were all warding off our periods.

My support group would also quietly celebrate successes without fanfare. I liked that a lot, because although you were genuinely happy for someone when they finally got pregnant, the last thing you wanted to see was a huge picture of a positive pregnancy test, especially right after you’d just looked at your own negative one. Usually, members would just post a “note of hope” letting us know that they were leaving the group, including their due dates and a thank you to everyone for their support.

Some members went as far as to donate their own unused fertility meds to other members that couldn’t afford them, or sent them fertility yoga DVDS and books they felt had helped them on their journey. Once, I received a gift card for a massage from a member who had actually researched “fertility massage specialists” in my area. That touched me more than words can describe.

Not to diminish the power of IRL support groups, but I found the relative anonymity of an online community to be an extra layer of protection for my psyche during this difficult time. I was barely able to tell my actual friends what I was going through, because none of them had gone through it themselves. But the women in my support group ended up becoming my friends. We exchanged emails, sent each other cards, and posted dumb uterus jokes to make each other laugh. And each month that our dreaded periods showed up, we’d have an online slumber party where we could cry and laugh and vent freely.

Aside from cruising my online infertility support group, I spent most of my time online on Oprah’s website. One day, I noticed that the show was looking for “Ultimate Viewers” of her show for her last season. Well, if I wasn’t an Ultimate Oprah Viewer, I didn’t know who was. I had watched every Oprah show since the day it aired.

So when the opportunity to share how much she meant to me presented itself, I filled in the questionnaire and submitted it without hesitation. One of the things I talked about on the form was my struggle to get pregnant again. Well, as it turns out, my questionnaire landed me tickets to the premiere of The Oprah Show’s last season. I was sitting in the audience when it was announced that we’d been handpicked by Oprah and her staff to travel with her to Australia.

Yes. I went to Australia with Oprah.

A few days into the trip, I found out I was pregnant, exactly two years since I’d started trying. So I did what anyone would do: I told a producer who told Oprah, so then Oprah helped me tell my husband that I was pregnant on the air. Seriously. I have video evidence of this.

Now, I have my two amazing and beautiful girls, one of whom happens to have the (Oprah-approved) middle name “Winfrey.” 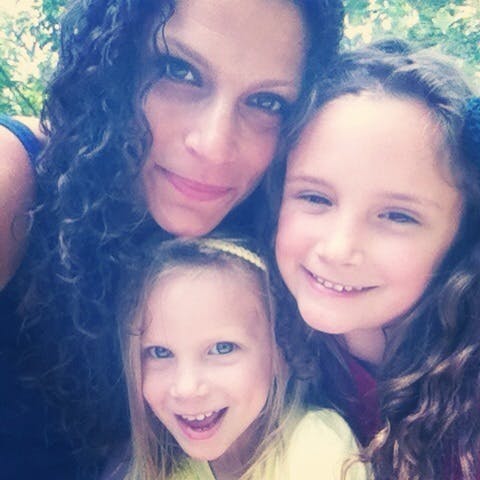 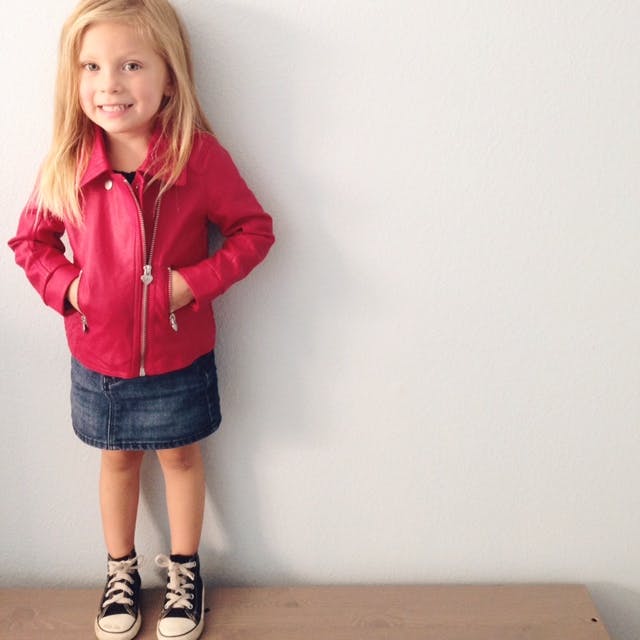 I’m not sure that I believe that everything happens for a reason. But I do believe you can find purpose in everything that happens. Even in the depths of my crappy Secondary Infertility experience, I desperately tried to learn from my journey and support the other women I met in my group as they did for me. Even in my darkest hours, I would do my best to channel my inner Oprah and look for hope.

So I guess what I’m saying is, if you’re struggling with infertility, you don’t always know what will help you. Doctors, medications, ovulation calculators: Nothing is guaranteed in life. We all want answers, and we might not always find them. But what we can find is help or support in whatever form it comes, so that we feel less alone. Because you aren’t alone. There’s always other women going through the same journey as you are, and they’ll hold your hand and give you massage certificates along the way. And of course, there’s always Oprah.