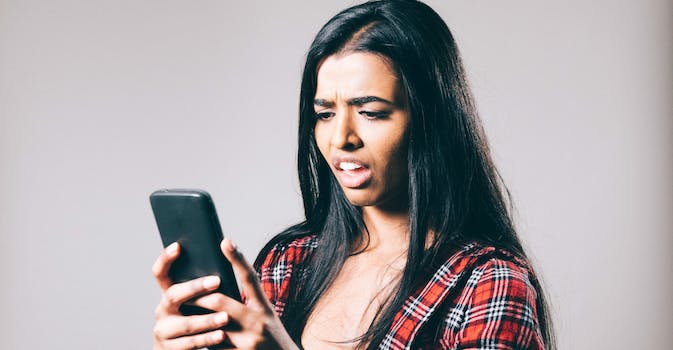 I am not your kama sutra sexpot: The dating frustrations of an Indian woman

It's hard to reclaim your sexuality when you've been fetishized your whole life.

When I started darling nikki, a sex-positive feminist print magazine that explored every woman’s relationship with her sexuality, I was told things like: “But you’re so sweet!” and “I didn’t peg you as the sort.” Then there was the man, who, in the middle of a recent sexual encounter, casually uttered the words: “Who knew that such a nice Indian girl could be so naughty?” It made my skin crawl and my stomach turn. Needless to say, the act was terminated early and I haven’t seen the guy since.

As a young British woman of Indian descent, my sexuality has often been forced from one pole to the other—either the “nice girl” or the nympho. It was an identity of extremes thrust upon me at a young age, well before I knew what any of it meant, and molded by people without my consent. And, while I have grown to feel powerful and confident in my sexuality, I have not grown more in control of the outward sexual image my brown body seems to denote.

But I would like to find a way to have more power in that seeming powerlessness. I want to exist between the poles, on my terms.

When you’re both sexually exoticized and dismissed as chaste

To that guy I was sleeping with, the “nice Indian girl” was assumed to be prudish, tied to a tradition he had heard of or seen in some film. She was formed by the assumption that South Asian women are sexually repressed because they come from oppressive communities that reward chaste behavior and punish anything that deviates from it.

But coming to terms with your sexuality as British women of Indian descent is a much more complicated reality than that. Before I was the Indian girl with a preternatural interest in sex, the girl you have to watch out for because she’ll want to dominate you in bed (as if that’s a bad thing), I was the slightly round and very brown girl in a sea of small and perky white girls who were inundated with spotty boys eager to date them. Unfortunately, to these boys, I was invisible—there was nothing sexual about me. I was too “different,” just an amorphous brown thing not to be wanted, not to be had.

In a desperate attempt to hide my offending Indian-ness, I promoted the Portuguese side of myself (which is practically non-existent), developed an eating disorder, and joined in on the clever curry jokes. To my surprise, none of this was effective in distracting from my shameful brown body and I remained a sexual persona non grata well into my college years.

While my early attempts at assuming control were misguided, nearly a decade later, I remain in a position where no matter how hard I try to shape my own image, for some, it still seems like the color of my skin and the culture it represents are inseparable from my sexual identity.

An experience shared by many women of color

Speaking to the Desi femmes around me and posing the question about stereotypes to women’s Facebook groups, I found that my experience was shared. A deluge of stories hit my inbox about instances in which women had been subjected to comments about arranged marriages, questions around parental control, and the odd kama sutra quip. The stereotypes fell neatly into two categories: the submissive and doting girl who is waiting to become someone’s wife, or the Desi goddess and whore who is sexually aggressive and magical.

One story that particularly stood out came to me from a concerned mother who had noticed that her 13-year-old daughter had already started feeling the pressures of this dichotomy. At school, her daughter had been teased by classmates who had told her she wasn’t pretty because of the soft downy hair on her arms and the darkness of her face. She’d had her curvy bum pinched by old men who waggled their heads at her and told that she would have cute mixed kids if only her parents let her date a white guy. Struggling to decipher these mixed messages had led this 13-year-old to confusion and sadness—and it had left her mother at a loss of how to combat it at all.

The terrible roots of this contradictory narrative come unsurprisingly from India’s colonial past. When Europeans first came into contact with Indian culture, they were fascinated by the sexually liberal attitudes of the people. It became popular to commission paintings of dancing girls, Zenana, often depicting sexual scenes without any inhibition. These paintings became fantasy in the colonists’ hands and an image of the Indian woman as “mute, sequestered, sexually voracious and governed by superstitious religious practices” was constructed.

The writing of the time did nothing to counter these images and instead stoked the fire. In one of the earliest accounts of sexual relations in the Raj, Captain Edward Sellon described his exchanges with Indian prostitutes as such:

“I now commenced a regular course of fucking with native women. They understand in perfection the arts and wiles of love, are capable of gratifying any tastes… It is impossible to describe the enjoyment I experienced in the arms of these syrens … these salacious, succulent houris.”

To Sellon and his contemporaries, these women were driven to sell their bodies not by poverty or misfortune but by their very nature, one shared by all Indian women.

These views of Indian woman ran conversely with how the Brits viewed sex in general. Over the 200-year period of British rule, India was pushed into a regression brought on by the outwardly moralistic rulers and religious figures and codified through laws that criminalized “carnal intercourse against the order of nature”—a clause that still stands in the way of decriminalization of homosexuality in India to this day. India was forced to leave its liberal (and frankly super-enlightened) sexual past behind. This produced an almost puritanical attitude towards sex in the sub-continent as it strove to rehabilitate its sex-crazed reputation. As a result, the idea of the South Asian prude came into existence.

These stereotypes are so deeply ingrained into the popular mindset that 50 years after the fall of the Raj, Indian women and the diaspora are still contending with them. The women who spoke to me expressed anger and sadness. There was a shared feeling that this reduction of our sexuality too often meant that people failed to acknowledge the wonderful, multifaceted individual in the skin they lusted after and instead just saw a fantasy.

“My ex-boyfriend was white,” a woman called Vithiya wrote to me. “He put me on this pedestal and I was left with this constant fear that one day reality would hit and he would see the real me, warts and all, and not like it.” She went on to tell me that this deification had driven her to madness as she second-guessed everything this man did.

When the culture has settled into believing such extreme stereotypes, it becomes impossible for anyone inside and outside of those parameters to see one another—and themselves—for who they really are.

For many years, I too was entangled in these stereotypes. I tried to undo them with words and actions but failed to unravel them sufficiently.

Though working on darling nikki only further proved to me that women of color are constantly burdened with such one-dimensional myths, it was ultimately through that work that I came to realize that I am more than these poles. From the magazine, I met wonderful and inspirational women. I talked with a disabled rights activist who was told at a young age that sex and love were not for disabled people (she now gets paid to write about her sex life, which is full and thriving). I also interviewed an exiled Zimbabwean LGBTQ activist who was caught having sex with a woman in her extremely Christian community and was told she needed an exorcism (I sat with her while she regaled me with stories of her lovers, told me about her favorite sex toys, and outlined the important work she is doing to help people like her in Zimbabwe). Each woman had refused to be limited by the image society had thrust upon them and were happy forging forward on a path of their own.

With the help of all these women, and with the sisterhood I have found in other women of color, I have torn myself apart and built myself back up. They have become my confidants, my warriors, my guides. They make me feel seen and I them, and that mutual act of care is the best salve in the world.

So I have set myself on a new path, one that circumvents those who try to shape me into something I am not. The opinion I have of myself is the only one that really matters, and as long as I have control over that, I am powerful. I am not a nice girl or a nympho. I am nuanced. And I don’t need anyone to see it to believe it.

I am the space between the poles.