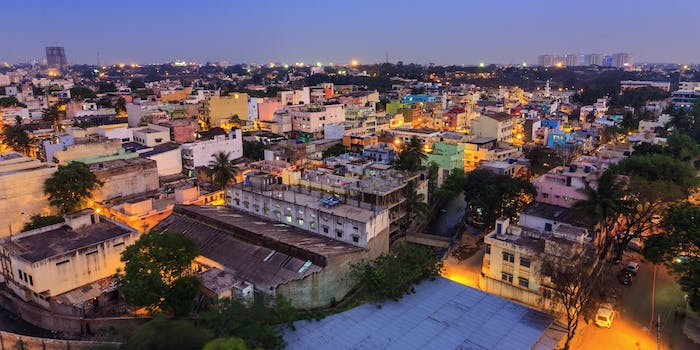 At a New Year’s Eve celebration in Bengaluru, India, numerous women reported a “mass molestation” of being groped and harassed on the streets by men on bikes. It reportedly required 1,500 policemen to quell the incident. Karnataka state Home Minister G. Parameshwara dismissed the crimes, however, saying that these things “happen” at “such events,” blaming the men’s behavior on what the women were wearing.

“They tried to copy the Westerners, not only in their mindset but even in their dressing. So some disturbance, some girls are harassed, these kind of things do happen,” he told Times Now TV. He also said the government can’t “force people to dress like Kannadigas [the demonym for people from that state],” suggesting that if they could, it would be a solution for street harassment.

Rape culture in India has been making front-page news ever since the 2012 rape of a young woman who later died of her injuries. At the time, one of her attackers used a similar line of reasoning to G. Parameshwara, saying, “A girl is far more responsible for rape than a boy. Housework and housekeeping is for girls, not roaming in discos and bars at night doing wrong things, wearing wrong clothes.”

However horrifying the comments, it’s easy for Westerners to blame that mentality on India being “backward” or “uncivilized,” assumptions steeped in racism that the West is more sophisticated. But G. Parameshwara’s comments are strikingly similar to those made by lawmakers and officials in America and Europe.

Last summer, Brock Turner’s father blamed his son sexually assaulting an unconscious woman on drinking culture, a sentiment Turner echoed in his own statement. In a survey of Europeans, 27 percent said they thought sex without consent was justified if the victim was wearing provocative clothing or had been flirting. And then there are Donald Trump’s infamous “grab her by the pussy” comments that did not keep him from being elected president.

“Rape culture” is a term many balk at, and indeed it lacks nuance. But what it describes is a culture that allows, and rewards, the type of thinking that would more quickly blame a victim for being assaulted than the person doing the assaulting. The men making these arguments aren’t Reddit trolls (well, they also are), they are elected officials and judges that hold power over women’s lives.

But men like G. Parameshwara are dragged under rape culture too. They’re affected by a culture that assumes men are incapable of personal responsibility and of having respect for others, that treats men as uncontrollable animals who are too dumb to understand their actions have consequences. It’s not women in India dressing like Westerners that’s the problem. It’s that men and women alike, across oceans, refuse to blame the actual perpetrators.