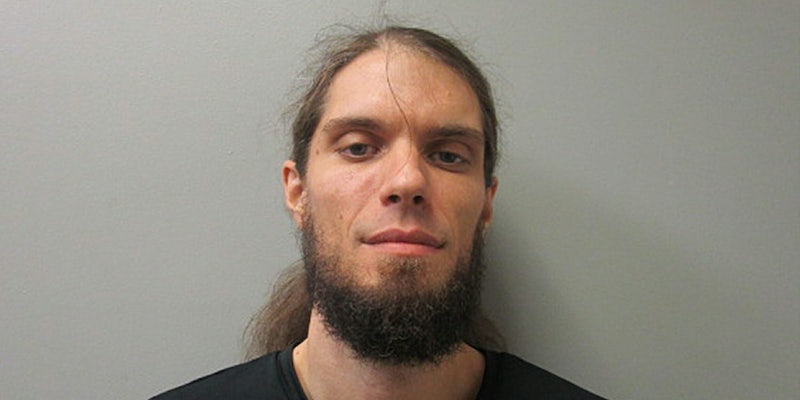 The former high school teacher has been arrested on charges of menacing and reckless endangerment.

A man in Huntsville, Alabama, interrupted a Keep Families Together immigration protest on Saturday by shouting “womp, womp!” over the opening prayer and pulling a gun on a protester.

The event began at noon on Saturday with a prayer from Episcopal priest Kerry Holder-Joffrion. However, she did not get far before a man started pacing back in forth in front of the gazebo she was speaking from, loudly shouting “womp, womp!” over her.

It was a reference to a infamous clip of Trump’s former campaign chief Corey Lewandowski on Fox News, sarcastically saying “womp, womp” in response to the story of a 10-year-old with Down Syndrome being taken from their mother. While most found Lewandowski’s response to be crass and insensitive, some apparently found it inspiring.

The man, identified by police as 34-year-old Shane Ryan Sealy, also carried a sign over his head reading “ICE ICE Baby,” and reportedly was shouting lyrics from the Vanilla Ice song over the prayer. Holder-Joffrion spoke to the Washington Post about the interruption, saying, “I didn’t open my eyes, so that I could stay focused. My voice gained volume as it became more chaotic.”

The crowd cheered on Holder-Joffrion, and some of the protesters began to confront Sealy, one holding a sign reading “Super Callous Racist Fascist Sexist Braggadocious.”

The confrontation came to a head when Sealy pushed one of the protesters, who pushed back, knocking Sealy to the ground. It is at this point that Sealy allegedly produced a pistol from his waistband, pointing it at the crowd. In an interview with WAFF 48 News one of the event’s organizers, Heather Resendez, said she heard him yell, “I will shoot everybody here!”

Video posted by WAFF 48 News shows Sealy put the pistol back in his pants before beginning to quickly walk away from the protest. He did not get far, however, as police arrived within a minute of the incident. Sealy was arrested for possessing a gun within 1,000 feet of a protest and was subsequently charged menacing and reckless endangerment.