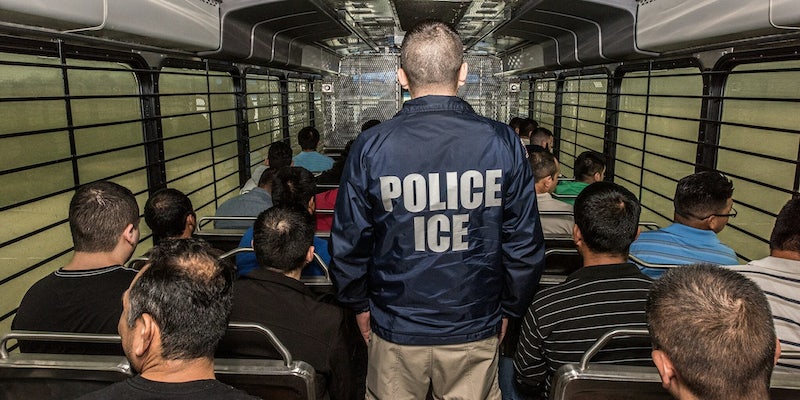 No arrests were made.

This week, Immigration Customs and Enforcement (ICE) agents raided 77 businesses across Northern California, issuing I-9 hiring records audits in what is thought to be the largest localized raid under the Trump administration thus far.

According to SFGate, ICE didn’t identify the businesses targeted around Sacramento and the Bay Area, and no immediate arrests were made. After a business is served an I-9 audit, it has three days to comply with the request. Employees whose I-9 hiring form doesn’t prove they can legally work in the U.S. are to be fired, and businesses must show proof of discharge.

A broader raid in Northern California is reportedly in the works but has been stalled, given the ongoing negotiations for immigration reform in the White House and Congress.

The action in Northern California follows an ICE raid earlier this month that targeted 98 7-Eleven locations across the U.S., which resulted in the arrest of 21 people. Thomas Homan, ICE’s acting director, has demanded a “400 percent increase” in workplace raids.