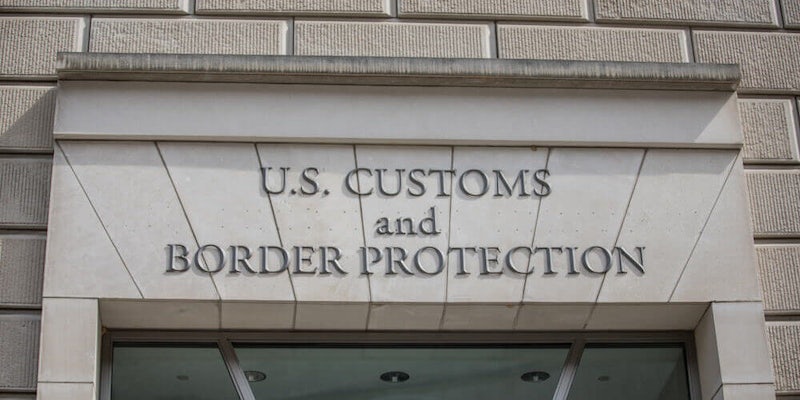 Activists have formed a career services website for former Immigration and Customs Enforcement (ICE) workers—sort of like Indeed for ICE.

The Atlanta Chapter of Never Again Action, a progressive Jewish organization, launched a website for ICE workers looking for new employment on Monday. While Never Again Action calls for the resignation of ICE workers, it now provides former employees with career transitioning assistance. By attempting to dissemble ICE from the bottom, the group intends on reforming the United States’ immigration policy.

“We aren’t just going to chant ‘quit your job,’ we are actually going to help you quit your job,” Emily Baselt, an organizer for Never Again Atlanta, told the Daily Dot.

“Most people can’t just quit their job on the spot and walk out, you usually need a new one lined up first,” Baselt said. “So our idea with this website is that anyone working at ICE, DHS [Department of Homeland Security] or CBP [Customs and Border Patrol] that feels like their conscious won’t allow them to be complicit in this terrible immigration system any longer can reach out to us on the website.”

Baselt compared the website to a college career center where resume, cover letter, interview, and other job preparation services are provided.

Never Again Atlanta began the job support site initially for its local ICE workers. In the past 24 hours, the website attracted three government employees so far in pursuit of new jobs, Baselt said. Other Never Again Action chapters across the country reached out to the Atlanta Chapter with interest to expand the job support services.

One of the former government employees told Never Again Atlanta that after working at CBP for years that they are “drowning in this place,” according to Baselt.

“We recognized that the people working in the system are also human beings and they are being asked to do things that violate their conscious,” Baselt said. “Rather than demonizing them, we are actually going to help them get out.”

Never Again Action formed in 2014 primarily to “stop the war in Gaza, end the Occupation, and freedom and dignity for all.” In 2019, the group became a major voice in the conversation surrounding the similarities between the U.S. immigration detention centers and concentration camps. So far, Never Again Action gained support from Democratic presidential candidates Sen. Bernie Sanders (I-Vt.) and Sen. Elizabeth Warren (D-Mass.).

“Never Again is dedicated to using action to stop the horrific immigration practices in our country and (the website) is doing that,” Baselt said.

From chanting outside of detention centers to using the power of the internet to provide job support, Never Again Atlanta intends on stopping ICE one worker at a time.

“Instead of just throwing a wrench in the machine, we’re reaching into the machine and pulling out the gears. It takes months to hire a new ICE officer and then it takes months more after that to train them so the more people we can help get out as quickly as possible, the more that’s going to slow down the operations.”