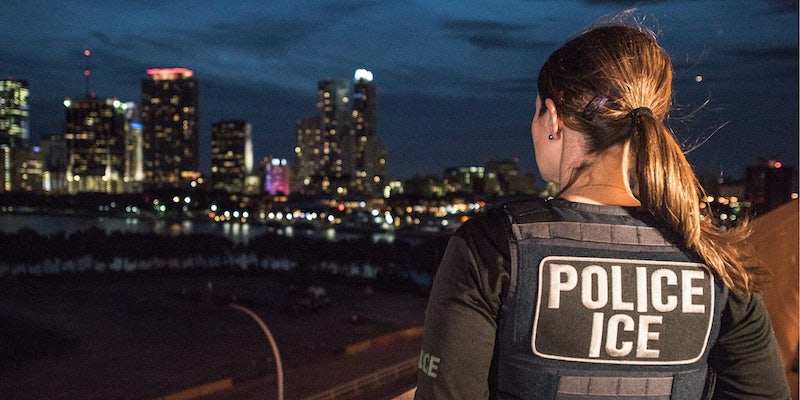 The couple's petition for the man's citizenship had already been approved.

Immigration and Customs Enforcement (ICE) has arrested a Philadelphia man while he was in the middle of his citizenship application interview with his American husband.

According to the Philadelphia Inquirer, Paul Frame said he and Jose “Ivan” Nunez were at a U.S. Citizen and Immigration Service office in Philadelphia on Jan. 31, when ICE asked Frame to leave the interview room and arrested Nunez.

The couple were petitioning for an I-130 form, an application used by citizens or permanent residents to sponsor family members to legally immigrate to the U.S. The interview was a routine step in the application process, used to confirm the validity of a couple’s marriage. Nunez had entered the U.S. from Mexico without documentation eight years ago.

“We thought we were going to be in and out in a half-hour,” Frame said Monday at a rally advocating for Nunez’s release. “I said, ‘Let’s become legal, then we have no worries.'”

While Nunez’s attorney said he doesn’t have a criminal record nor pending criminal charges, ICE said in a statement that Nunez had previously been turned around at Mexico-U.S. border while attempting to enter in August 2010. While he successfully reentered the U.S. within a day or so of his first attempt, he wasn’t charged with a felony for reentering, and he may not have realized that the U.S. government considered him “deported.”

Nunez had also passed a “reasonable fear” interview used to determine if someone has a legitimate fear in returning to their home country—he said he feared being harmed for being gay.

Nunez is currently in custody at the York County Detention Center, where the government frequently holds undocumented immigrants. Despite his arrest, Nunez and Frame have been approved for their I-130.

“I’m mad,” Frame said at the rally, “because we were trying to do the right thing.”