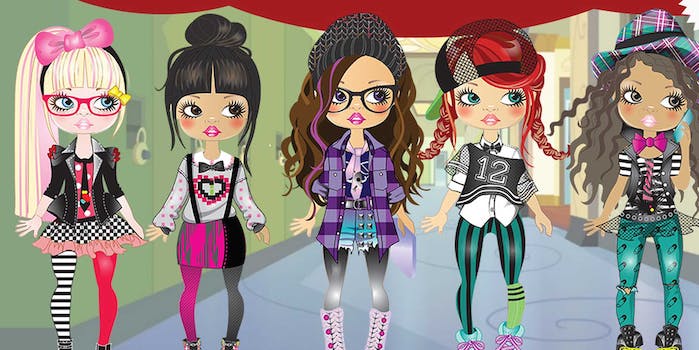 These dolls that are destined for bigger things than just tea parties and dress up.

These dolls that are destined for bigger things than just tea parties and dress up.

The Heitkamp sisters, who are both cofounders and chief operating officers, were inspired to create the iBesties line by their “deep passion and commitment to the empowerment of girls and young women.”

While women make up 67 percent of U.S. college graduates, only 5 percent of Fortune 500 CEOs are females. This statistic motivated the Heitkamps to empower young women as early as ages 6 to 11, the target demographic for iBesties.

“While working as a child therapist at a Los Angeles school, I noticed the characters on many of the girls’ backpacks, lunch boxes, and T-shirts and would ask them who the characters were and what they liked about them,” Jenae told the Daily Dot via email. “Most of the time the answer was ‘I like them because they’re pretty.'”

This all-too-frequent response made her start thinking about how she could make more inspirational characters for young girls while still keeping them engaged.

For her sister Gina, Jenae says, her background with technology startups sparked her interest in empowering young women.

“She would often complain about the lack of women in positions of leadership within the tech industry and wanted to inspire girls at a young age that these careers were attainable, and that the sky is the limit when it comes to their careers,” Jenae said.

There are six doll prototypes in the works, each with their own unique business or tech power: “Business Boss” Mckenna; “Coding Queen” Sunny; “Graphics Guru” Jada; “Gadget Girl” Ryleigh; “Digital Diva” Izzy; and “Bestie Blogger” Sarah. Similar to the much beloved American Girl dolls, the iBesties characters will have books that follow the story of their friendship. 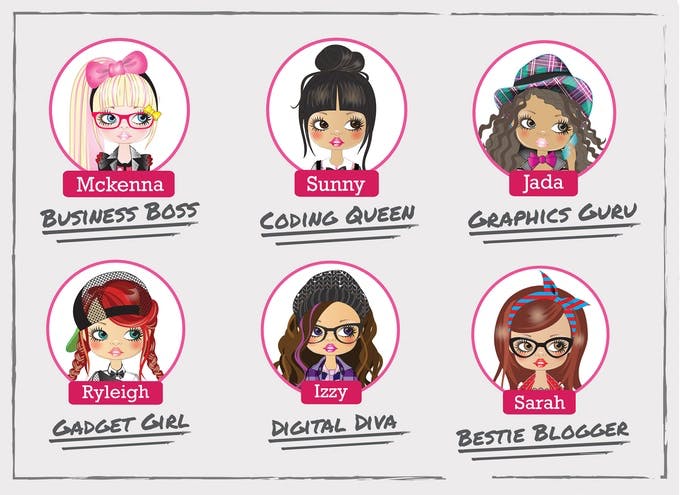 Jenae says the fundamental goal of iBesties is showing young girls that being smart is not mutually exclusive from being fun and stylish. She also hopes that the iBesties collection will expose girls to new career options and let them know that these careers are attainable and accessible, fun and fulfilling.

Despite the positive impact the Heitkamps hope the dolls will have, they don’t foresee the iBesties brand stopping at toys and toys alone. “We see iBesties as a whole eco-system of products. We’d love to move into short-format cartoons and also build out our own educational games that help the iBesties girl learn real skills!” Jenae said. 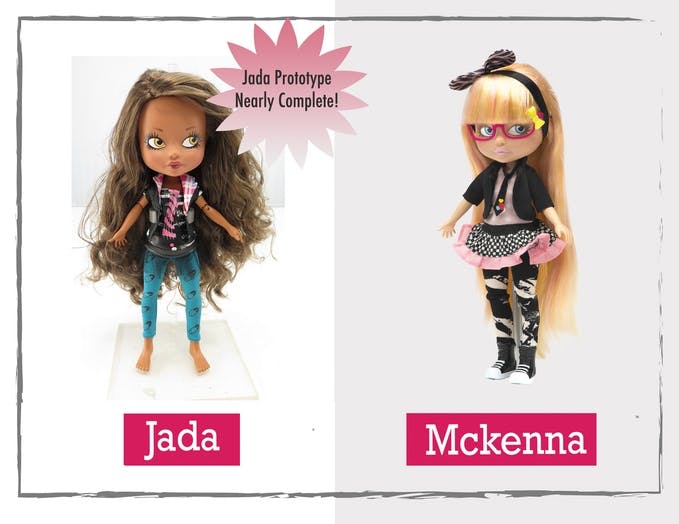 The project, which went live on Kickstarter on June 1, has only raised $13,000 of its $50,000 goal, but there’s still over a month left in the campaign, and others are starting to take notice. IBesties recently took top honors in the Sharkette Tank Pitch Fest at the Geek Girl San Diego Tech Conference.

The Kickstarter page spills this healthy dose of truth tea: “Our girls are smart and savvy. Isn’t it time their dolls reflect that?”