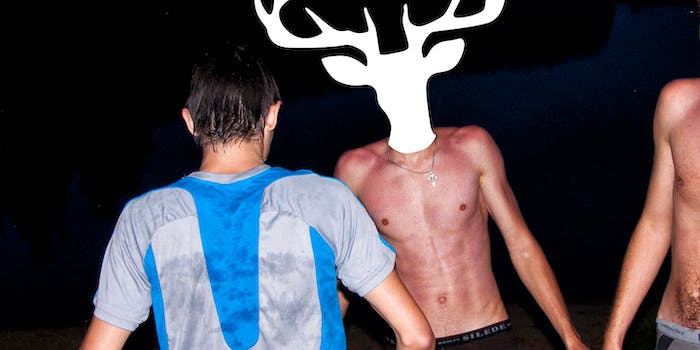 It's been a year since the Sochi Olympics turned our attention to a gay dating app for Russian men. So what does it look like now?

Back during the Sochi Olympics, Russia stirred up controversy by banning a gay dating app called Hunters, something of a Russian response to Grindr. The ban was part of the country’s infamous crackdown on “gay propaganda” due to a law that forbids anyone advocating for non-traditional relationships, purportedly for the safety of children. After all, this app gives you the distance (down to the meter) of where young men might find other young men for a romantic rendezvous.

But what’s happened since last year’s scandal? After Sochi, Hunters was largely forgotten by the news media. During a recent trip to Russia, I was curious to see what it was like to use the app in densely populated Moscow, the country’s biggest city of 10 million people. I installed the app, created an account, and saw to my great surprise that there were absolutely no users or activity of any kind on the Hunters network.

Then I remembered to take my phone out of airplane mode, and the social network burst to life. Gay men were looking for other gay men all over Russia’s (now-properly geolocated) capital city.

Hunters’ title screen greets you with the image of a man in a snazzy suit with the head of a multi-point buck. “Lots of fresh meat,” reads the tagline. “Get ready to hunt.” In keeping with the hunting theme, the in-app currency (buyable with real-world currency, of course) is called “bullets.” Bullets unlock various premium features inside of Hunters — you can buy 5,000 for $100, but you’d probably prefer to start smaller, maybe $8 for 100.

One user made a post about the app itself, writing “Why are there so many drug ads? [It makes me mad.]”

I created an account and filled it out with placeholder personal details, as I was merely a non-participatory tourist in this world. You are free to search for other members who match the characteristics you’re filtering for, whether it’s distance, height, weight, and so on. They appear in search results and you can chat them up as you’d expect. A members section called the Darkroom functions as something of a makeshift Craigslist within the app itself, allowing users to post whatever they like as it relates to a number of categories, whether it’s to make plans in the “Hot Dates” category, to discuss kinky stuff in the “Fetishes” category, or even find roommates and gym buddies. Ads that users place in the Darkroom might be geolocated, granting you knowledge of their distance from you down to the meter.

Google Translate helped me grasp the gist of most posts. Here’s one from a 36-year-old university student seeking “a strong, masculine guy for communication and sex,” preferably living north of Moscow in one of its suburbs. It ends with a request to write with photos. 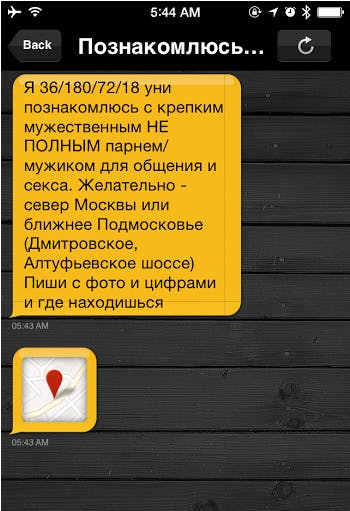 But it’s not all sex and hookups. One user made a post about the app itself, writing “Why are there so many drug ads? [It makes me mad.]”

Here’s what a completed user profile looks like. From here you can begin a chat and potentially make plans to meet up. 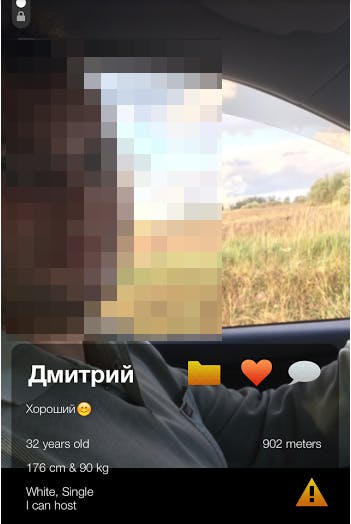 By and large the app functions exactly as you’d expect other mobile dating apps to function. You can communicate and share pictures with others, although this might be one of fewer apps that let you to tag your romantic interests with different statuses within the app. This includes options like “very hot,” “want to meet,” “just friends,” “done,” or the intriguing “one more time.”

Because it’s based in a country that’s hardly hospitable to homosexuality, Hunters has unfortunately had its difficulties with security. Despite the app’s “Learn More” page extolling its prideful virtues of privacy and confidentiality, Hunters found itself victim of an attack that saw some 72,000 member profiles deleted by unknown hackers, with the Hunters team only able to restore a portion of them.

“The security was so rudimentary that anyone with basic computer skills would be able to get access to basic user information within a couple of minutes. Messages, photos, and location information were being transmitted to Russian servers unencrypted.”

But this was a year ago. In the time since, user trust appears to have been regained to the point that there is no shortage of eligible young men looking for something intimate in Moscow with other eligible young men.

Hunters is available in Google Play and the iTunes App Store.

Photo via Artur Potosi/Flickr (CC BY 2.0) | Remix by Jason Reed