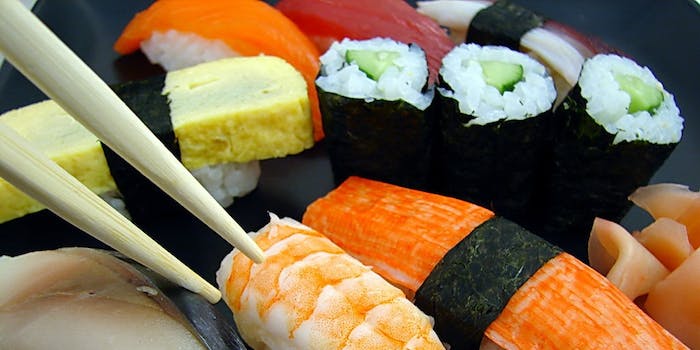 Put down your chopsticks: You’ve been eating sushi wrong this whole time

There's a lot more for you do to than pop 'em into your mouth.

We already know that we’re slicing our fruit the wrong way, so does it come to anyone’s surprise that we’ve been eating a Japanese staple wrong this whole time as well?

Luckily, sushi master Naomichi Yasuda is on hand all the way from Tokyo to help us figure the ins and outs of eating sushi. If you’re only looking for tips on holding a pair of chopsticks, you won’t find any help here. Instead, Yasuda breaks down the process of making rolls, as well as how to eat what when.

And if you’ve seen Jiro Dreams of Sushi, you’ll know it’s a bit more complicated beyond the standard “pick up sushi and insert in mouth.”

While brilliant and simple in theory, it may be harder for sushi connoisseurs to put in practice, particularly when they’re facing a plate full of the stuff after a long day.