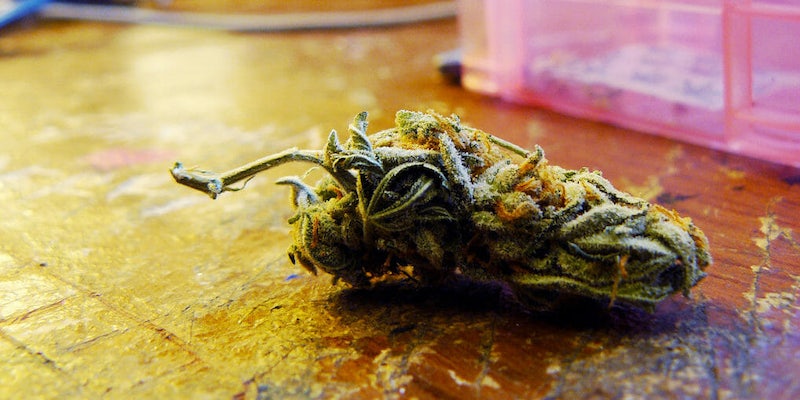 How much does a gram of weed really cost?

Sorry, stoners: You’re going to have to know a little math.

No one starts smoking weed as an expert. You don’t get any training in school, even if you’re lucky enough to have had home economics. Back before marijuana was legal in multiple states, you’d have to know someone to get your hook up. Now, in those states, you can walk into a dispensary and buy it right off the shelf. Of course, you’ll still need to know the basics before you hit the store, most notably how much is a gram of weed?

Grams are significant. When you buy pot in any form, you’re going to have to deal with grams. With flowers and concentrates, grams tell you how much you’re buying, while the strength of edibles is measured in milligrams of THC and CBD. Sorry stoners: You’re going to have to know a little math. But this simple guide to weed in its three most common forms—flowers, concentrates, and edibles—should be a sufficient tutor.

How much does a gram of weed cost: Flowers

Flowers are what most people think of when they think of weed. Typically marijuana flowers are sold by the eighth in America, which equals 3.5 grams. Many legal dispensaries are willing to sell you pot by the gram, but the more you buy, the better deal you’ll get. On the street, most dealers don’t want to waste their time selling individual grams, but if you’ve ever heard someone talk about a dime bag in a movie, that’s what they mean.

The cost of a gram of flowers varies dramatically. For this article, we’ll be referencing the prices found in Los Angeles dispensaries, so be aware prices may vary in your area. How much one would pay for a gram depends on the quality and potency of the strain you are buying. Dispensaries are also like Costco: buying in bulk will often result in significantly lower prices.

Let’s look at two different strains from the California Caregivers Alliance dispensary in Los Angeles, California. The first is Sour Tangie, a lower cost Sativa strain. There’s a wide variation in the price. A gram of weed costs $12, while a 1/8th is $35. However, CCA also offers 5 grams for $40. Here’s an example where knowing the value of a gram comes in handy. Given that a 1/8th is 3.5 grams, that sale price equates to 1.5 extra grams of weed for just $5 more. 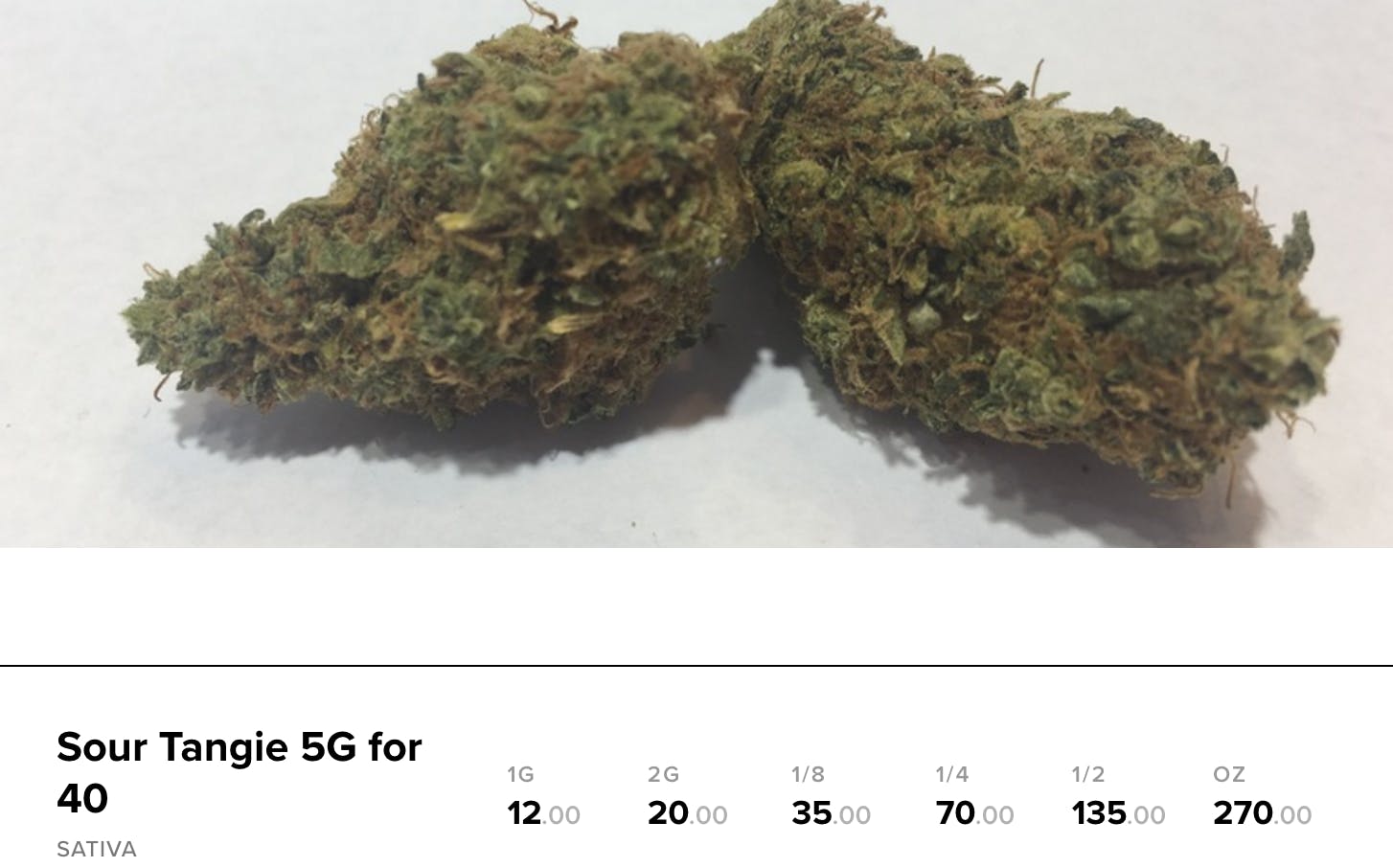 Next is Champagne OG, a higher-end Indica. Here a gram retails for $20, and a 1/8th for $50. However, the store also offers 5G for $65, an extra $15. You’ll notice with the higher-end product the discount isn’t as significant, but the dispensary is still offering 1.5 grams for $5 less than the cost of a single gram. 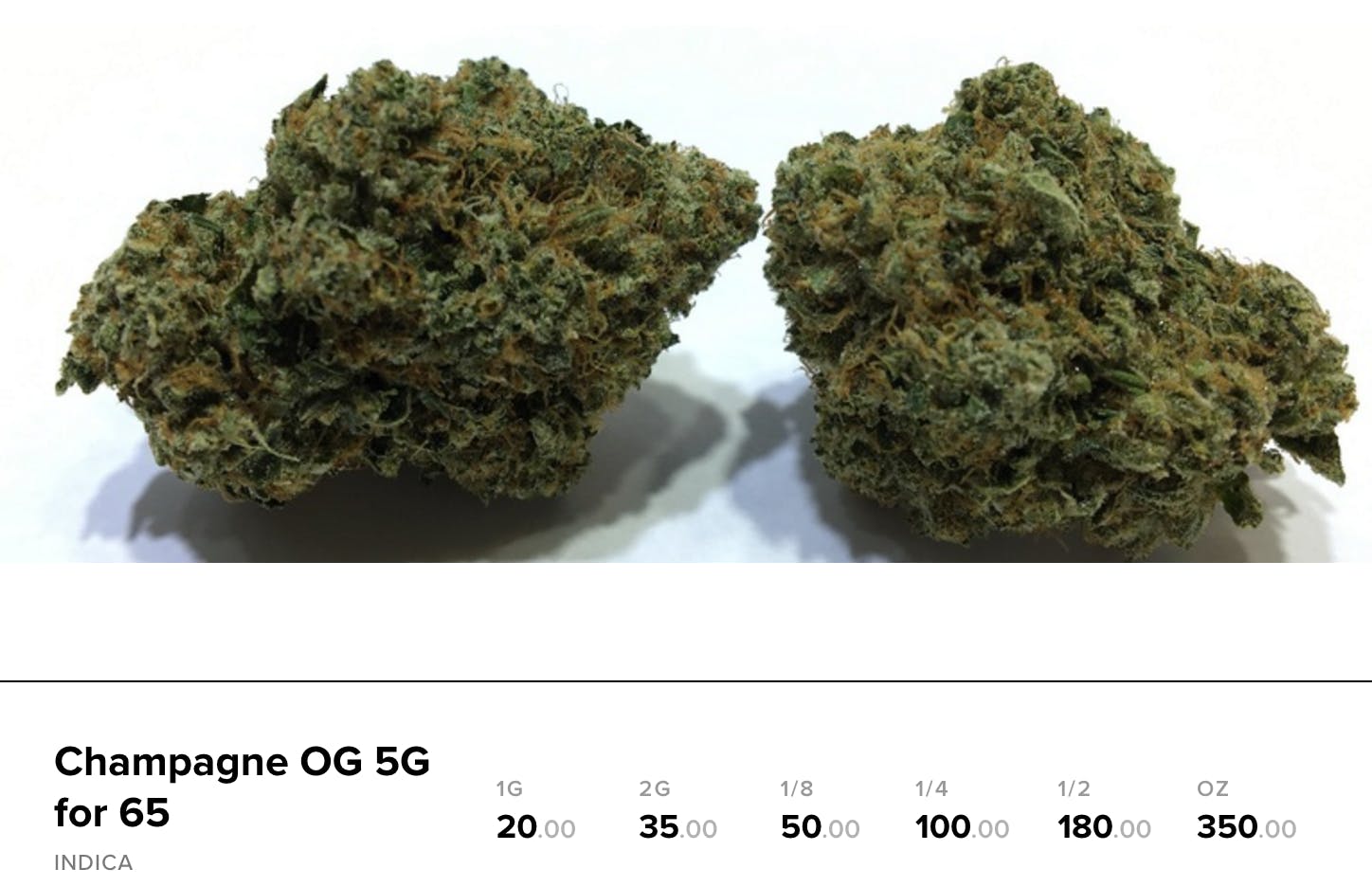 How much does a gram of weed cost: Concentrates and extracts

Concentrates are a potent form of marijuana where the THC and CBD from flowers are extracted using heat, water, butane, propane, alcohol, or CO2. Historically the most well-known concentrate is hash, but thanks to modern advances in technology, there is now a broad range of options to choose from. If you’ve ever heard someone talk about dabs, they’re talking about a particular method of consuming concentrates. Concentrates are far more potent than traditional flowers, so be careful when using them.

Because of their potency and the number of flowers required to produce them, concentrates cost far more per gram than plants. Typically concentrates are sold in half or full grams, but even then, the type impacts the price. Here are two kinds for example. On the lower end of the concentrate scale is Cali Care Genetics Critical Jack Shatter. Shatter is a marijuana concentrate with a high THC content, between 70 and 80 percent. Here a half gram of shatter costs roughly $15, while a full gram runs for $30. You’ll notice there is not a bulk discount when it comes to concentrates. While some dispensaries run sales, expect to see full price for concentrates normally. 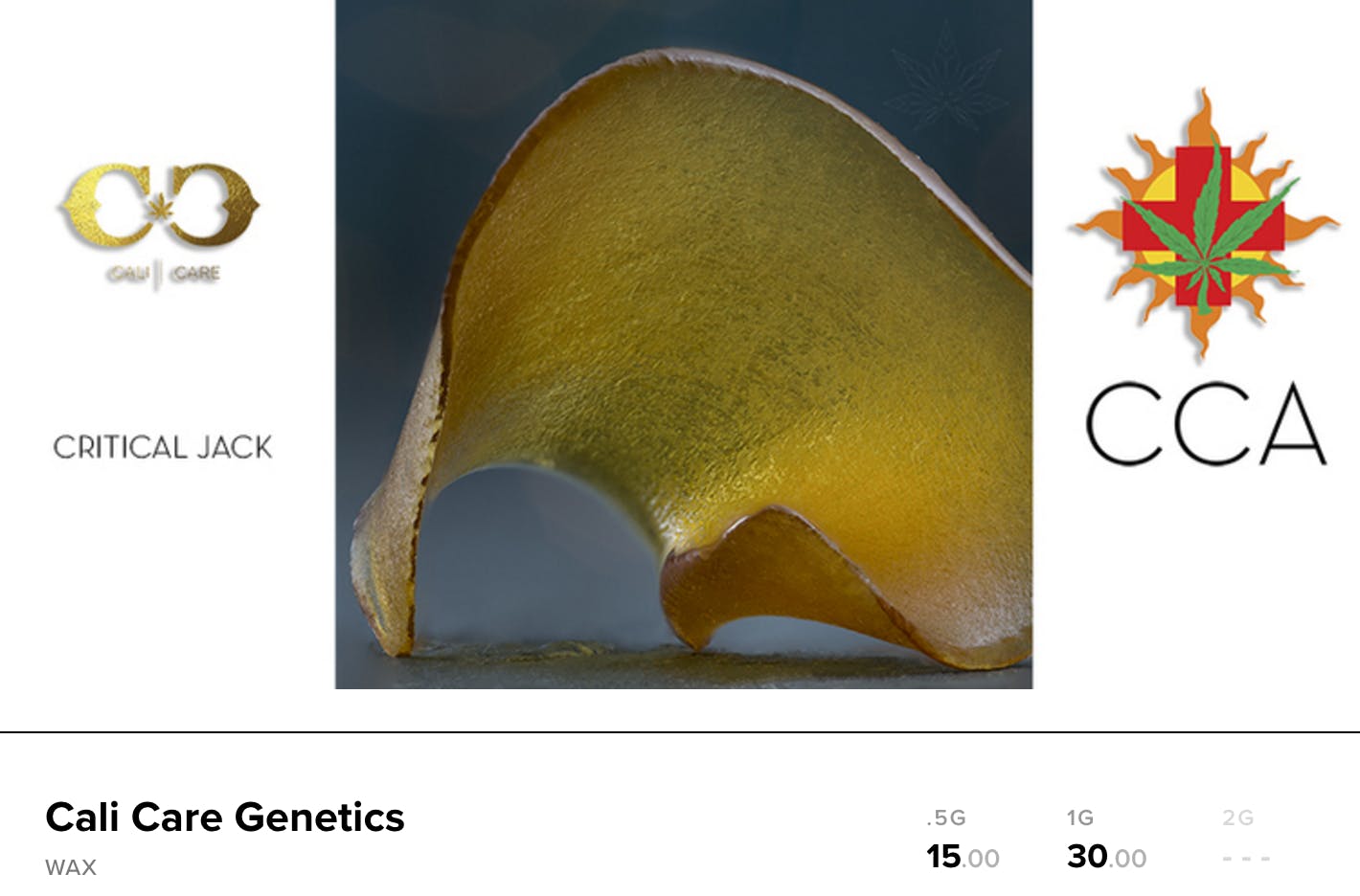 Depending on the potency and creation method, the price will go up dramatically. An example of a top-shelf concentrate is Clear Extracts Extra Virgin Rosin, which is a. This is a 100 percent solvent-free concentrate. Rosin is a particularly potent form of concentrate, with up to 96 percent THC. This isn’t a product for beginners, and you’ll notice by the price. It’s $60 for only half of a gram. However, because of its incredible potency, it should last longer. 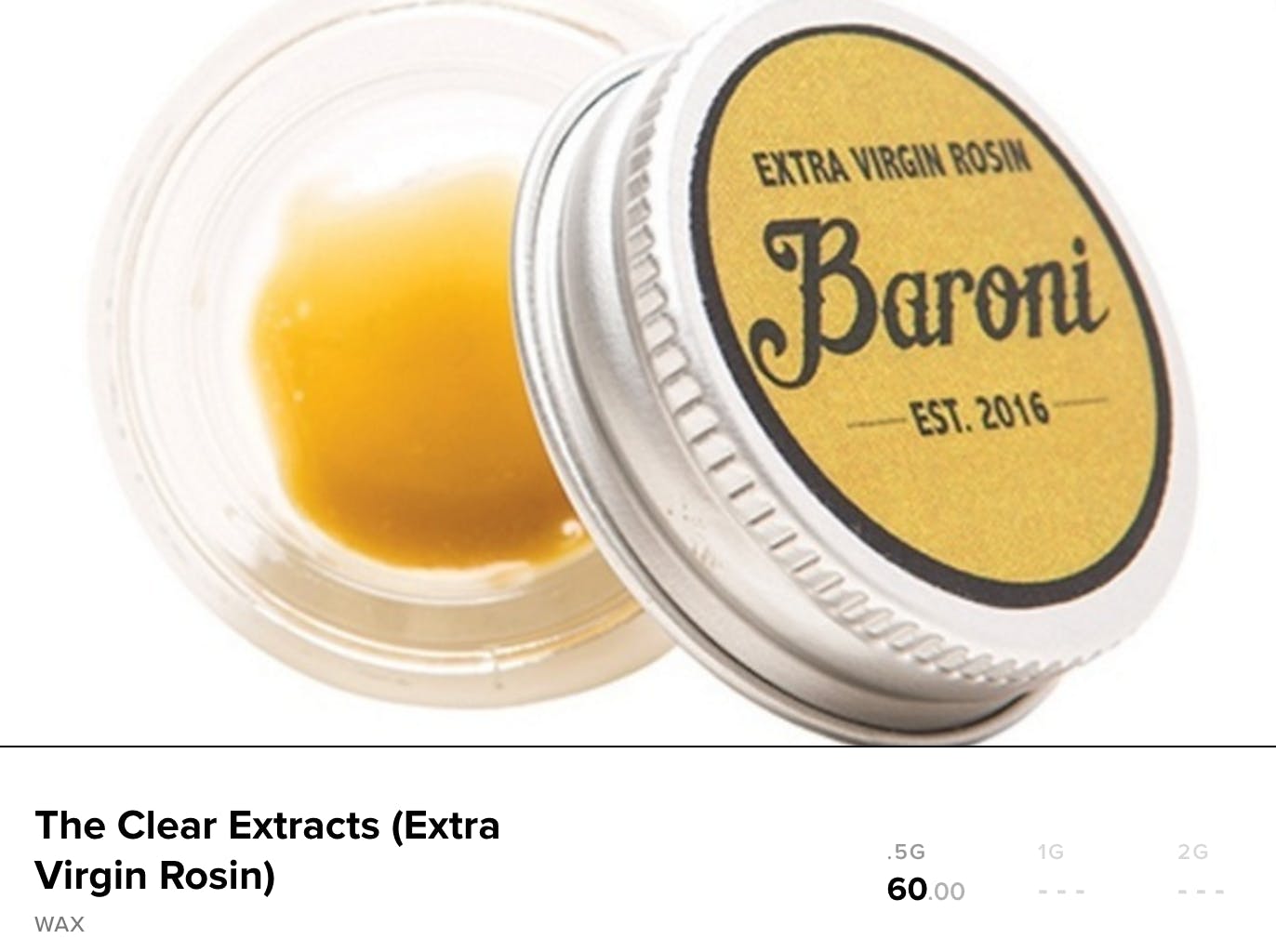 Concentrates should be avoided in states where weed is illegal. While flowers can net you plenty of trouble from the police, many states like Georgia see concentrates as a manufactured substance. That means concentrates are treated with the same severity as a hard drug like crystal meth.

How much does a gram of weed cost: Edibles

When it comes to edibles, the question “how much is a gram” isn’t one of cost but strength. Commercial edibles are ranked by how many milligrams of THC or CBD they contain, and it is incredibly important to pay attention to the dosage. The human body experiences the effects of THC differently when it is eaten instead of smoked. It can have a stronger psychoactive impact, which is why people freak out on edibles far more often than they do when smoking.

One gram of THC equals 1,000mg. For comparison, an inexperienced pot user can experience a significant reaction after just 20mg of THC. Now you’re probably thinking, “There’s no way they sell 1,000mg edible.” You would be wrong. For just $40, you can buy a brownie with 1,000mg of THC. While the packaging warns that this is 20 doses, keep in mind that equals 50mgs per dose. For someone new to legal marijuana and edibles, even that dose can still be far too much. 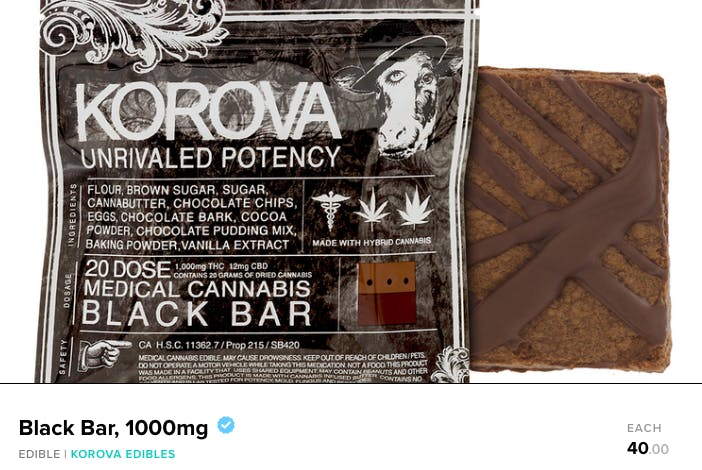 The secret to edibles is to start slow and remember you can always take more. Unless an edible is obviously meant for a single serving, say a lollipop or a gummy treat, use caution and pay attention to the recommended dose on the packaging. Consider your tolerance before diving into any treats.

If you don’t smoke pot, it’s generally recommended to stick to 5 to 10mgs for your first dose. Even if you’re a regular pot user, it’s best to still gradually work your way up to a higher dosage.

The cost of edibles varies dramatically. You can find candies starting at $5, while high-end edibles can cost $50 to $100 depending on their strength and ingredients. When dealing with homemade edibles, use even more caution than you would with something store-bought. At the store, you’ll get a general idea of how strong treats are. When you or a friend make them at home, their strength is more of a wildcard. Start slow.

It seems like a simple concept, but ultimately the question “how much is a gram of weed” opens the door to the nuanced world of marijuana. While cost is a decent barometer of how strong your product will be if you live in a state where it’s legal, all pot isn’t created equal. Your experience will likely depend on the strength of the product.