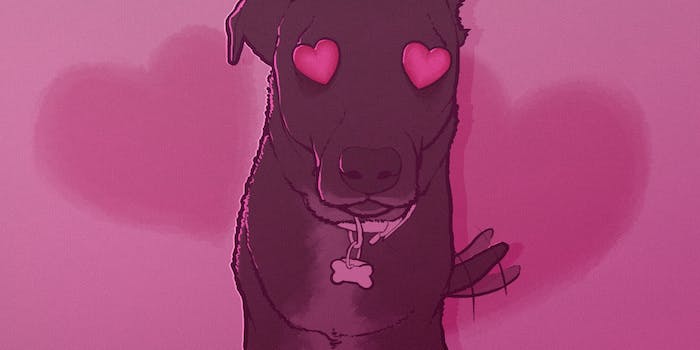 How I found love on Tindog

For two weeks, I tried a new matchaking app for dogs. Here's what happened.

As the old saying goes, dogs are a man’s best friend. And now, they can be your wingman, too.

It’s called Tindog, and it’s the latest and greatest in matchmaking apps.

Full disclaimer: I downloaded Tinder (probably the most famous of the matchmaking apps for smartphones) about a year and a half ago. I wasn’t exactly a fan, either. Like anyone who dated while swiping, Tinder left me with mixed, mostly failed results.

I matched with a medical student, who was also a gym junkie. I was paired up with an account manager for a national corporation who lived 1,000 miles away. There was the hipster—unique in that he relished the label.

These relationships didn’t work. Most just fizzled out. Or, I conveniently forgot to message back.

One thing I did notice: If someone had a dog in their profile photos, I was considerably more likely to swipe right. I remember thinking “the dog’s cuter than he is” more than a couple of times.

As it turns out, I’m not the only one: An informal pole of my sorority sisters verified that for potential suitors, owning a dog ups their hotness factor at least a few degrees.

Besides thanks to Pongo, Roger and Anita lived happily ever after in 101 Dalmatians.

Tindog creator Julien Muller agrees as well. Though he may be biased: Muller is the CEO of Holidog, an online marketplace for dog and cat boarding, among other pet services. 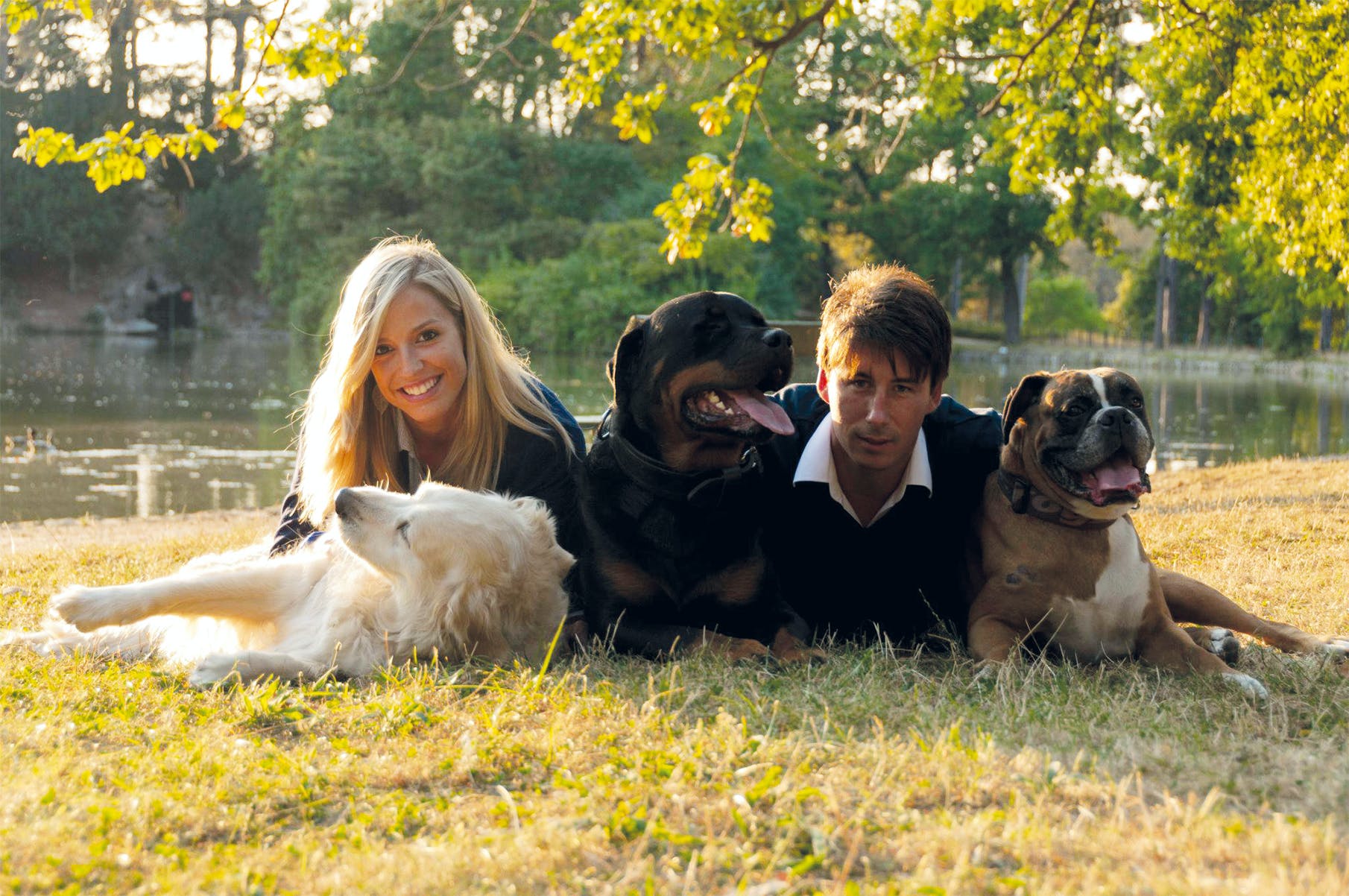 According to the company’s press release, Tindog is for “dog lovers who want to connect with other owners nearby that share a similar passion for canines.”

Muller came up with the idea while on vacation in Bali.

The app has two options for users: “I want to find some friends” and/or “I want my owner to meet people.” Similar to Tinder’s design and layout, users can swipe left or right to match with others in their area.

“They have the same passion,” Muller said in a Skype call from the Holidog office in Paris, France. “Then decide what they want.”

After working on the app for eight months, Tindog launched on June 22.

“You have much more real discovery [on Tindog] than on Tinder,” he said.

According to Muller, the app has 2,000 to 3,000 new users every day from countries around the world, including the United States, Australia, France, Germany, and Brazil.

“Within the first month, we have 100,000 users and we’re growing exponentially every day, globally,” Muller said.

Let’s be real: You’re lying to yourself if you say you’ve never used a dating app or, at the very least, considered trying it out.

Whether you downloaded it yourself for a quick confidence boost (guilty; thank you ex No. 3) or stole your friend’s phone to see what everyone was talking about, most of us are familiar with these quick thrills.

I decided to try Tindog.

“I’ll call it ‘How I found love on Tindog,’” I told my editor, half-joking. The other half of me was seriously considering the idea. I downloaded the app that afternoon. Here’s how it went. 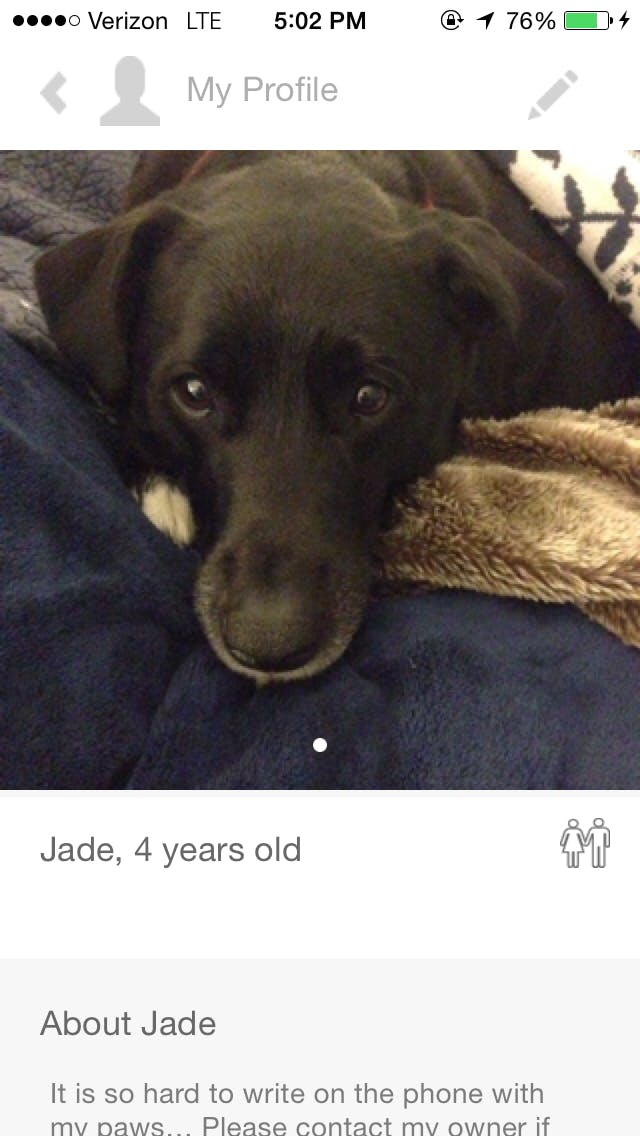 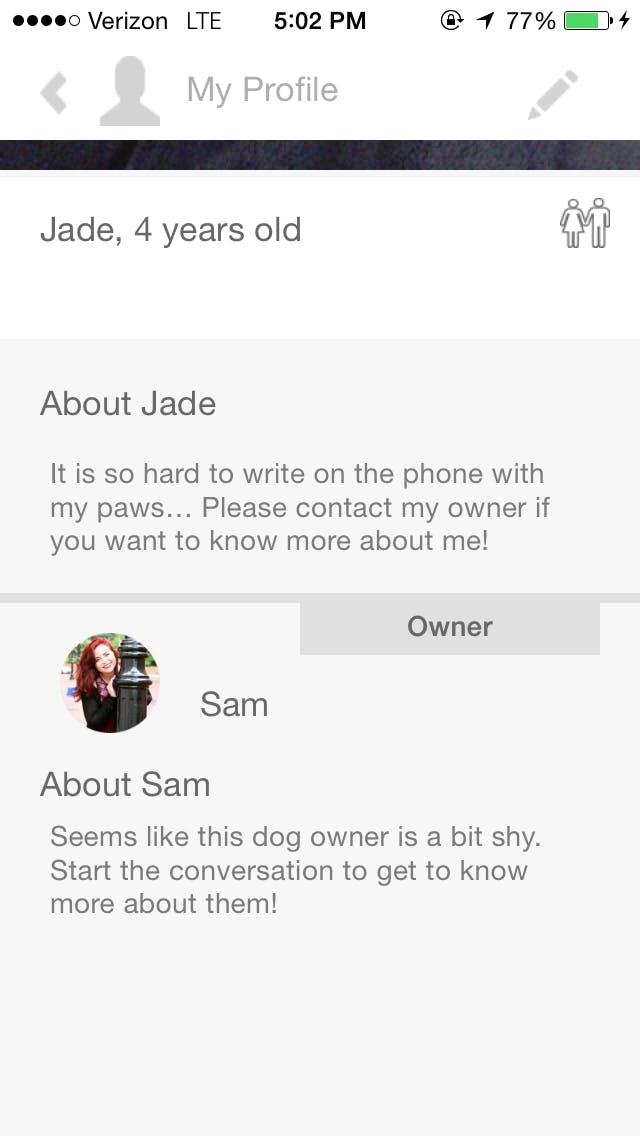 A few rules for my experiment:

In the first few days using the app, I didn’t get a lot of matches. 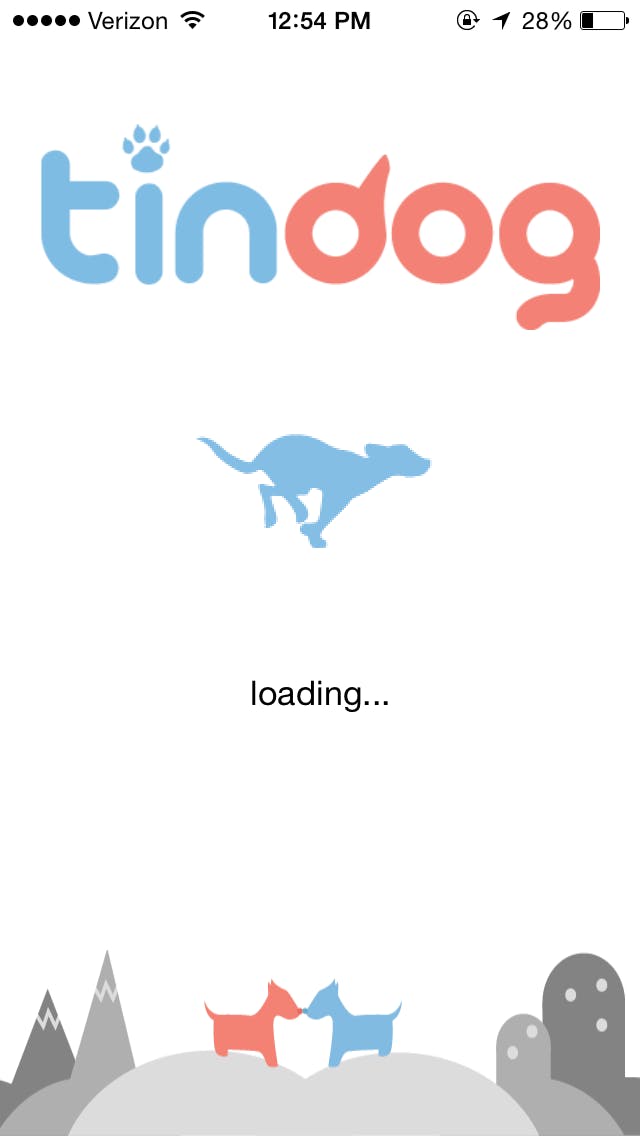 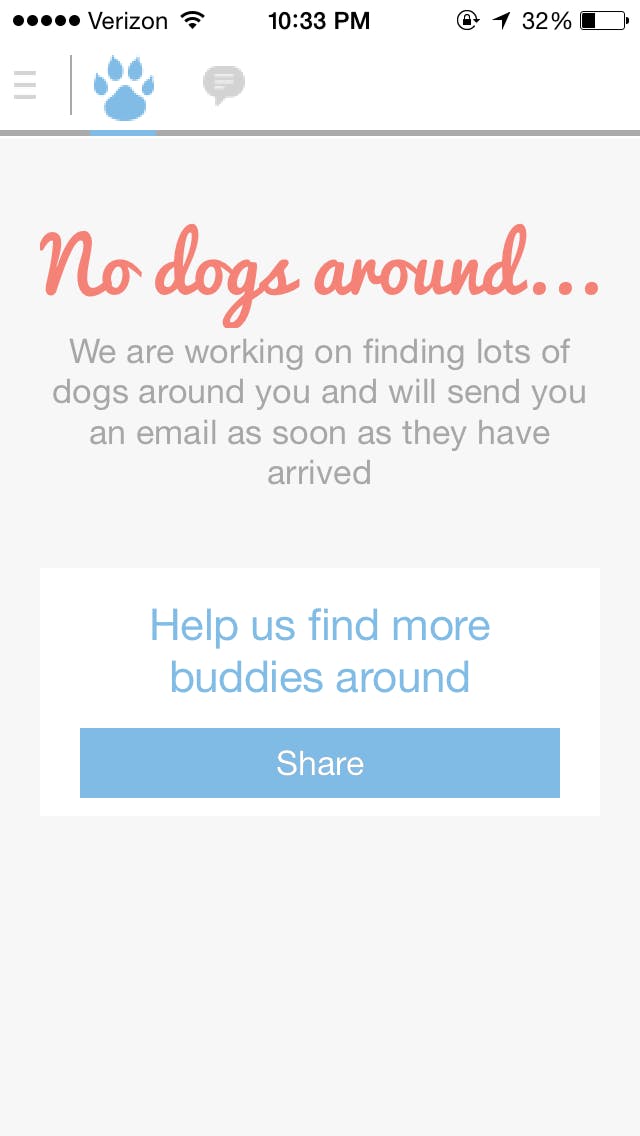 I began to get a little concerned and also, slightly offended. (“What do you mean my dog isn’t cute?!”)

But then I realized just how new the app was, and that there may not be a lot of followers in my immediate area. (“We’re too good for them, anyway” is the explanation I gave to Jade.)

I did wind up with five matches: Dakota, Jack, Roxy, Reggie, and Tyson. 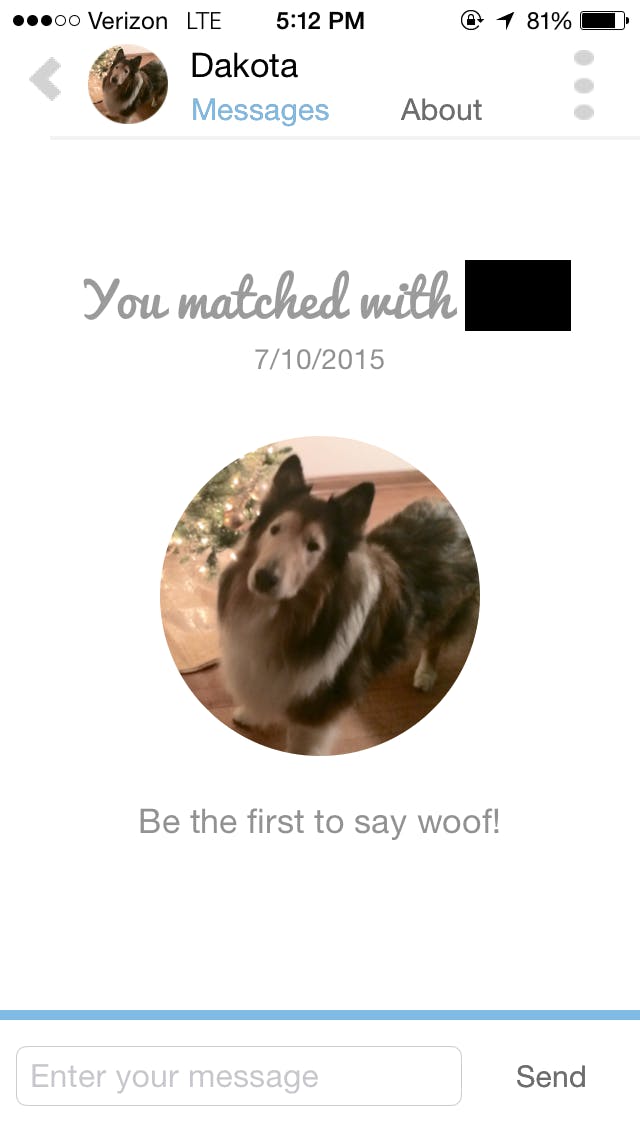 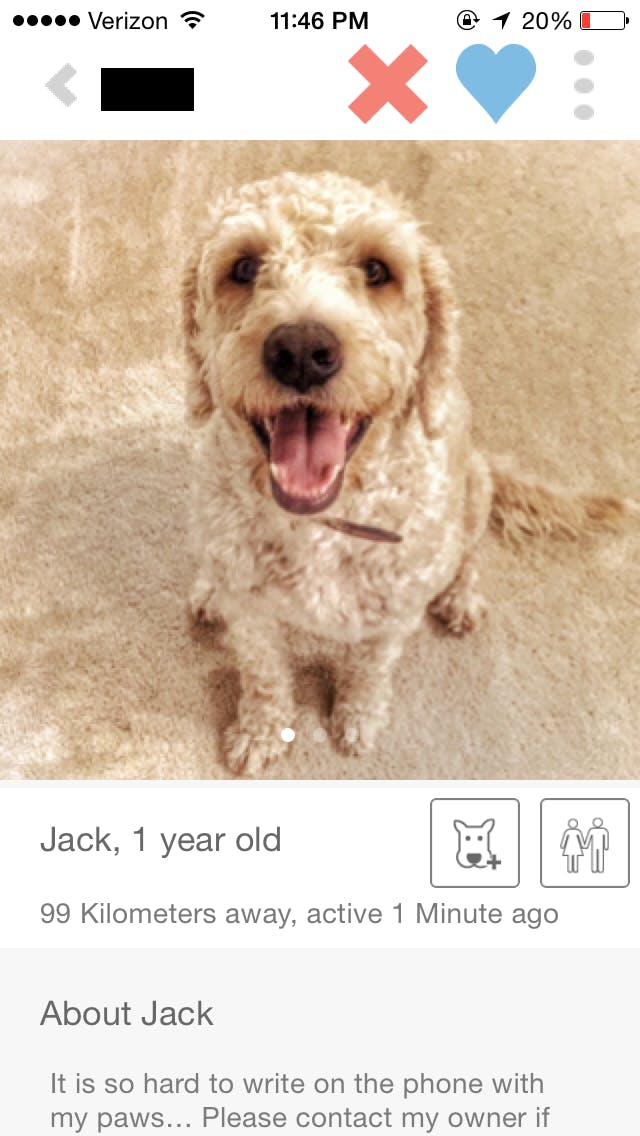 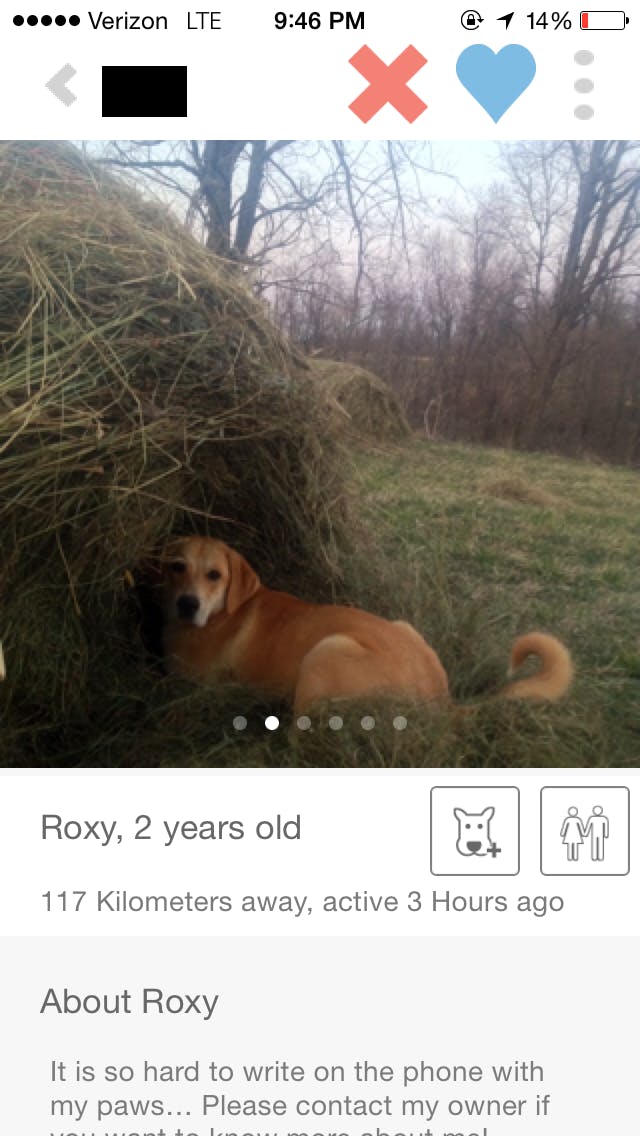 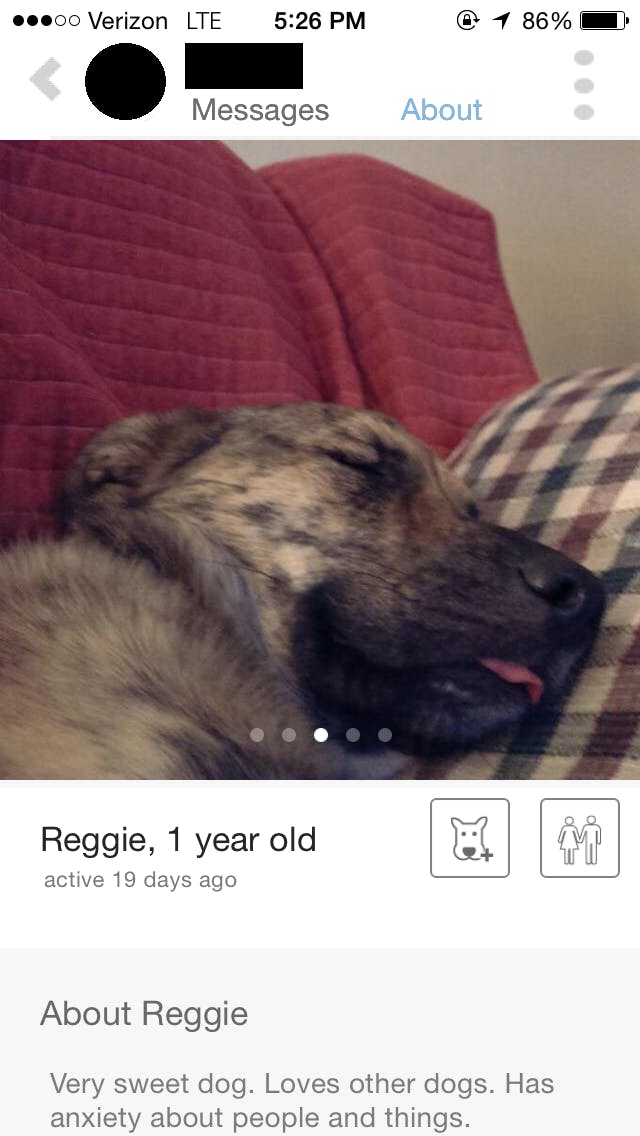 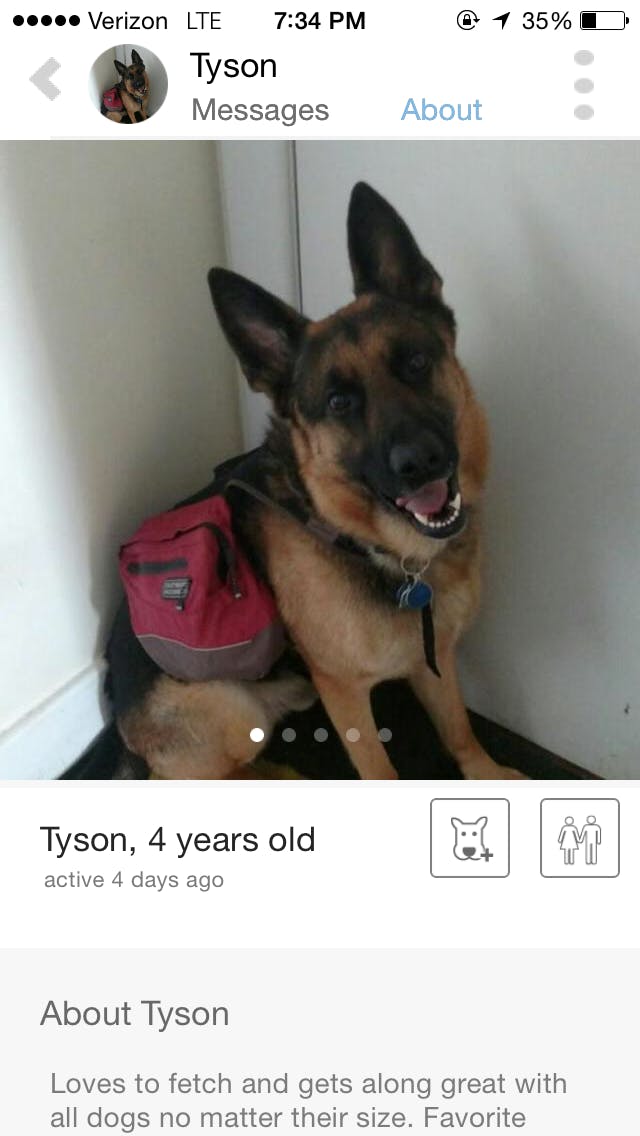 Unfortunately, I didn’t have any stellar conversations with the dogs’ owners; mostly just pleasantries, friendly hellos and such. One guy did ask me where I lived less than two minutes into our chat, which definitely threw me off (whoa, bro).

Over the course of these two weeks, I did see a lot of cute dogs.

Bear and Dash (included below) certainly brightened up my day. 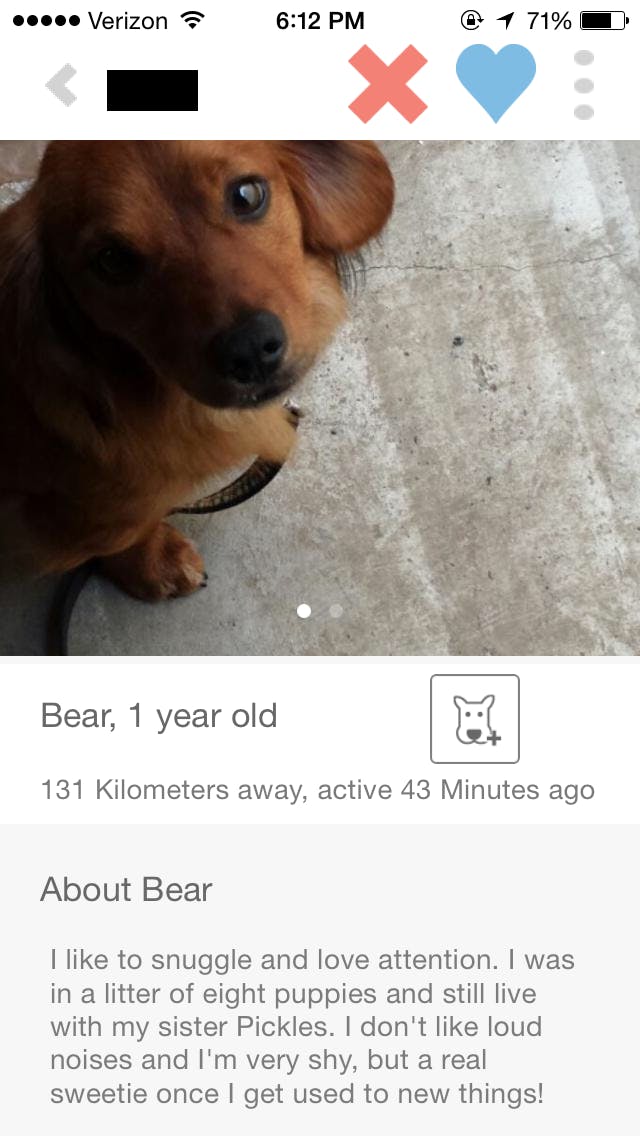 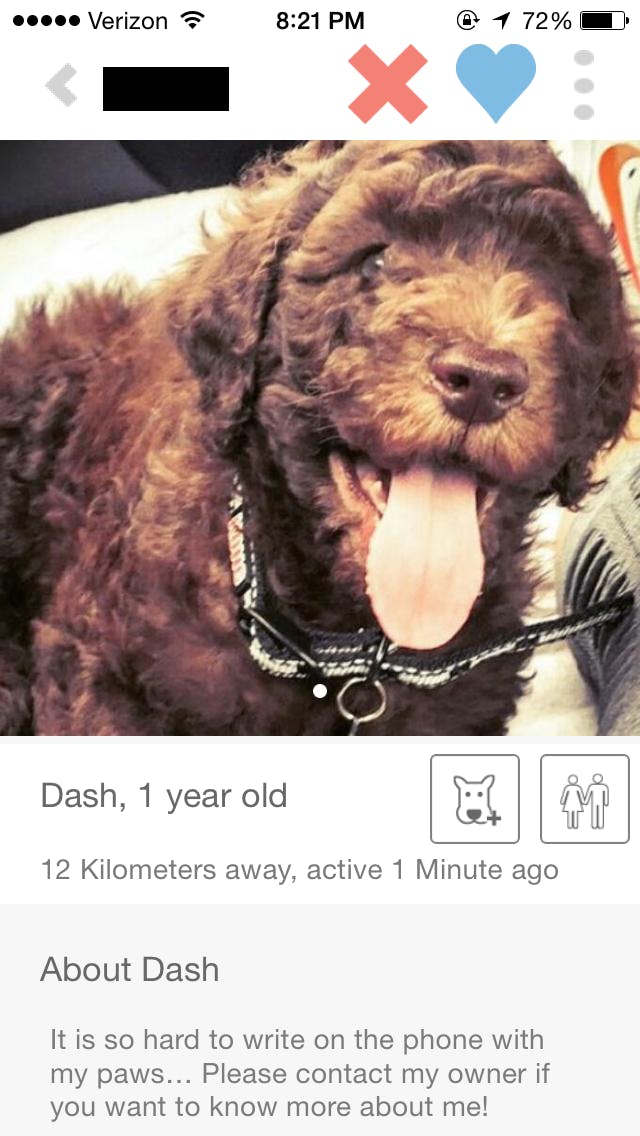 Some of the users were also really funny.
For his dog’s profile, one user wrote: “YOLO… Or whatever the humans wearing the skinny jeans say.”

Tindog’s design is solid. I love the colors (with blue and pink hues, Muller “wanted something for girls and boys”), but often wished I could see the humans’ photos a little more clearly. Note: You’re also not able to zoom in or swipe through these.

The app is also super user-friendly—I’m terrible with technology and had no problem becoming fluid.

Granted, there are a few bugs that will need to be fixed: random crashes in the middle of sessions, failure to bring up my “friends” list, mostly. But a month into existence, that’s about par.

Muller and his team are working on updates and improvements to the app. In the coming months, he also hopes to build in more features (including meetup-style events for dog lovers), and improve the functionality of Tindog.

“We want to make it faster and crash less,” he said.

I’m interested to see how users around the world react as the app becomes more and more widespread.

Due to the vast amount of potential users—from those looking for doggy play dates to those searching for their own 101 Dalmatians-worthy moment—I expect Tindog to match, if not surpass, Tinder’s popularity. It combines pictures of adorable dogs with pictures of people you can hookup with, after all.

“In the future, I want it to be an app you open every day, because you have a reason to,” Muller said.

I didn’t find true love on Tindog, but I also don’t think I’ll be deleting the app from my phone just yet.
Matchmaking has gone to the dogs—I’m certainly not complaining.