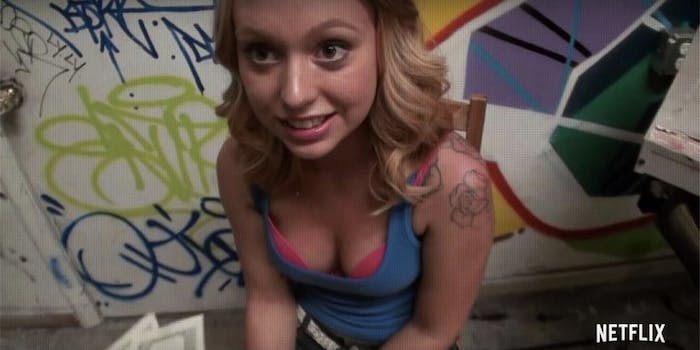 Though the documentary originally premiered in January at the Sundance Film Festival, it was just released on Netflix in late May. Sex worker advocates began criticizing the film and its producers shortly after it premiered, with op-eds in VICE and Tits and Sass railing against the “exploitative” and “paternalistic” angle of the film.

“Hot Girls Wanted was not made by anyone who’s actually in the sex industry, and it was very obviously planned to fulfill an agenda, and that agenda is to make the sex industry look bad,” said writer and activist Mistress Matisse.

This week's celeb news takeaway: she who comes closest to showing the actual inside of her vagina is most popular. #stopactinglikewhores

“This would be a whole different conversation if women were like ‘we were having sex, we love it so much. We want more of it. We feel so good about our bodies and ourselves,'” Jones said during a panel at Sundance in January. “[But] it’s performative. It’s fulfilling a male fantasy.”

“I am very happy with my job,” Daniels told the Daily Dot. “I believe there are ugly aspects of every job, including the industry.” 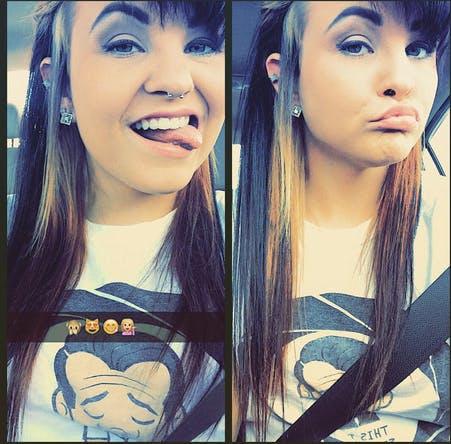 Daniels, now 21, is shown in the documentary posing for her first promotional photos while a photographer subtly insults her by telling her that her facial expression is making his erection disappear.

It’s an awkward scene, but one that says more about the photographer’s inability to properly and professionally communicate with young models than it does about Daniels’s ability to endure a passing annoyance.

“This documentary just showed people what really happens to most girls in the industry. Not all of them.”

While public discourse rests on the idea of a single monolithic “sex industry,” there’s actually no way to compare the experience of say, an 11-year-old child sold by her family into prostitution, with a 29-year-old finishing her dissertation while living in an expensive Paris apartment and paying the bills by “camming” with online strangers.

And that’s what is so puzzling about the reactions to a film like Hot Girls Wanted. Some sex workers are exhausted by the negative portrayals of the industry they love and take pride in, while others are desperate to get the word out about the horrific experiences they may have had in the business.

Matisse said her ideal sex work documentary would involve a film crew following around a group of veteran sex workers who show a newbie the ropes, teaching her the skills needed to make the best of her career in a safe and profitable manner.

“We have some amazingly smart, educated, and articulate people who enjoy being in this industry.  I would like to see coverage of the positive influences the sex industry has.”

“I feel like a lot of women in the industry took this personally  and shouldn’t have, because it was in no way intended to hurt or offend any one,” said Daniels. “It was about us 5 girls and our stories—so that other women can understand they aren’t alone and that everyone has been exposed to the dark side of the industry in some way at some point in time.”