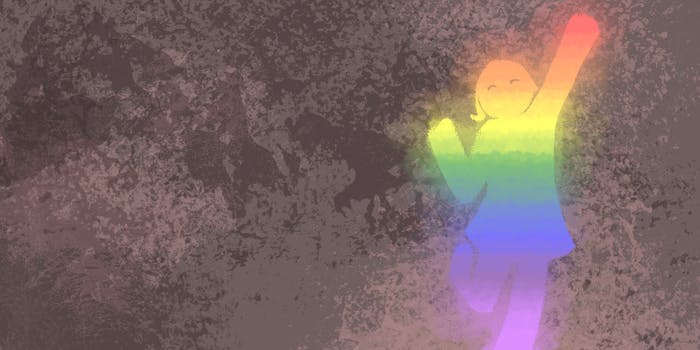 Police departments have had a particularly rough 2015 with respect to their image, as Americans are reminded again and again that these men and women who are supposed to be protecting citizens keep on killing unarmed black men and harassing young black women, among other misdeeds.

But on Sunday morning, officers of the New York Police Department were in charge of guarding the city’s LGBT Pride March and they were warmly received. One cop in particular was extremely down to grind:

Can anyone resist shaking their booty when Michael Jackson’s “Don’t Stop ‘Til You Get Enough” is blasting at 40,000 decibels?

And it wasn’t just this one officer. Further down the parade route, there was an officer who just could not resist the organized harmony of “The Cupid Shuffle.” Enter Brendan James, a New York City cop who happens to model in his spare time:

James would not comment on the video to Gothamist, but did confirm that he was the man in the video.

These New York cops were blessed that this year’s parade was peaceful, unlike Chicago’s parade which was also held this weekend. In that city, 52 arrests were made by police in relation to the parade and proceeding events. There were two unsolved stabbings and two robberies as well. No viral videos of dancing cops have surfaced from Chicago yet.