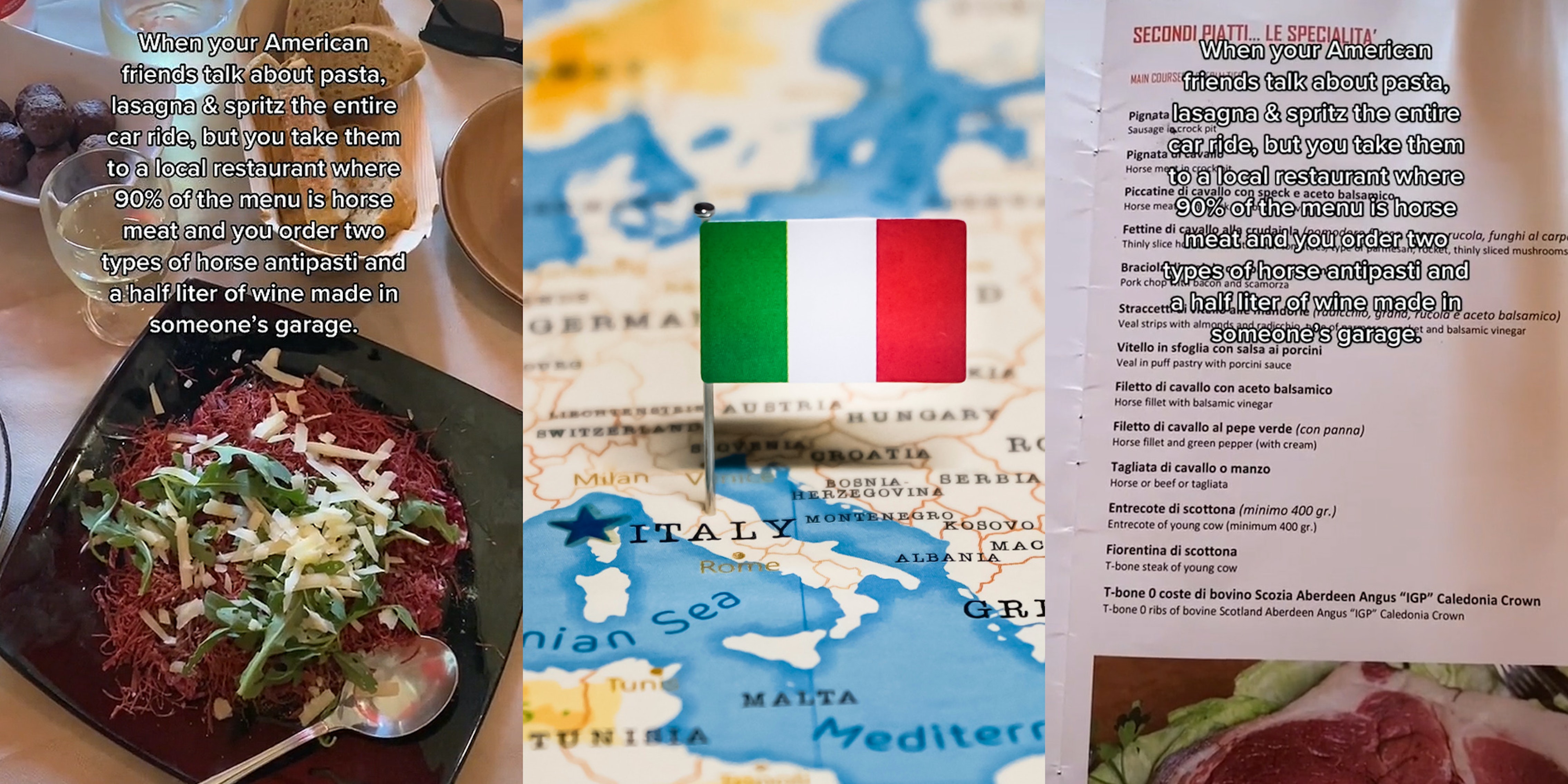 In a viral video, TikToker Edesia (@edesiastable) took her friends to a local authentic restaurant in Italy where they serve horse meat.

“When your American friends talk about pasta, lasagna and spritz the entire car ride but you take them to a local restaurant where 90% of the menu is horse meat and you order two types of horse antipasti and a half liter of wine made in someone’s garage,” the overlay text read.

She used the trending sound created by Kash called “You don like my aesthetic” as she showed glimpses of the menu.

“It’s a delicacy,” she captioned the video. In Italy, horse meat has a grand reputation for reportedly curing illnesses in young people as well as having a lean taste. Considered a delicacy since Roman times, the meat is viewed as nourishing and wholesome.

Horse meat is common in many countries such as Mexico, Germany, Poland, France, Italy, Switzerland, and central Asia, where China is in the lead as the biggest consumer and producer.

In the United States, horse meat consumption is taboo. After banning horse meat in 2007, the Obama administration reversed the ruling four years later. However, most states have rules in place on the slaughter and consumption of horses. Although the meat is not illegal to eat, the business of selling horse meat for consumption is.

In the comments section, users ask questions about the delicacy and discuss other areas where horse meat is enjoyed.

“Omgggg we eat horse meat in Uzbekistan too,” one user commented.

“What does horse meat taste like? Is it lean? Does it taste like venison?? What part of the horse do you eat?” another user asked. Edesia replied, saying that the meat is “lean and delicious.”

“Please say sike I just moved to Italy and not once have I heard about horse meat,” a third user said.

Edesia responded with “Nope. It’s a delicacy in several regions and is part of the food culture here. You can often buy it at the butcher too. So is donkey.”

The TikToker also shares how horse meat can present itself on a menu, noting if the words “cavallo” or “carne equino” appears in a dish, the meal will contain horse meat.