This NYFW designer’s models looked they were drowning in semen

That's a whole lot of sticky stuff going on.

New York Fashion Week may be a far cry from the Big Brother-esque surveillance state portrayed in the under-appreciated sci-fi film, but there was one show that brought to mind Kelly’s vision of a porn-branded future.

But the most provocative aspect of Hood By Air’s Pornhub-branded NYFW show was the hair and makeup. 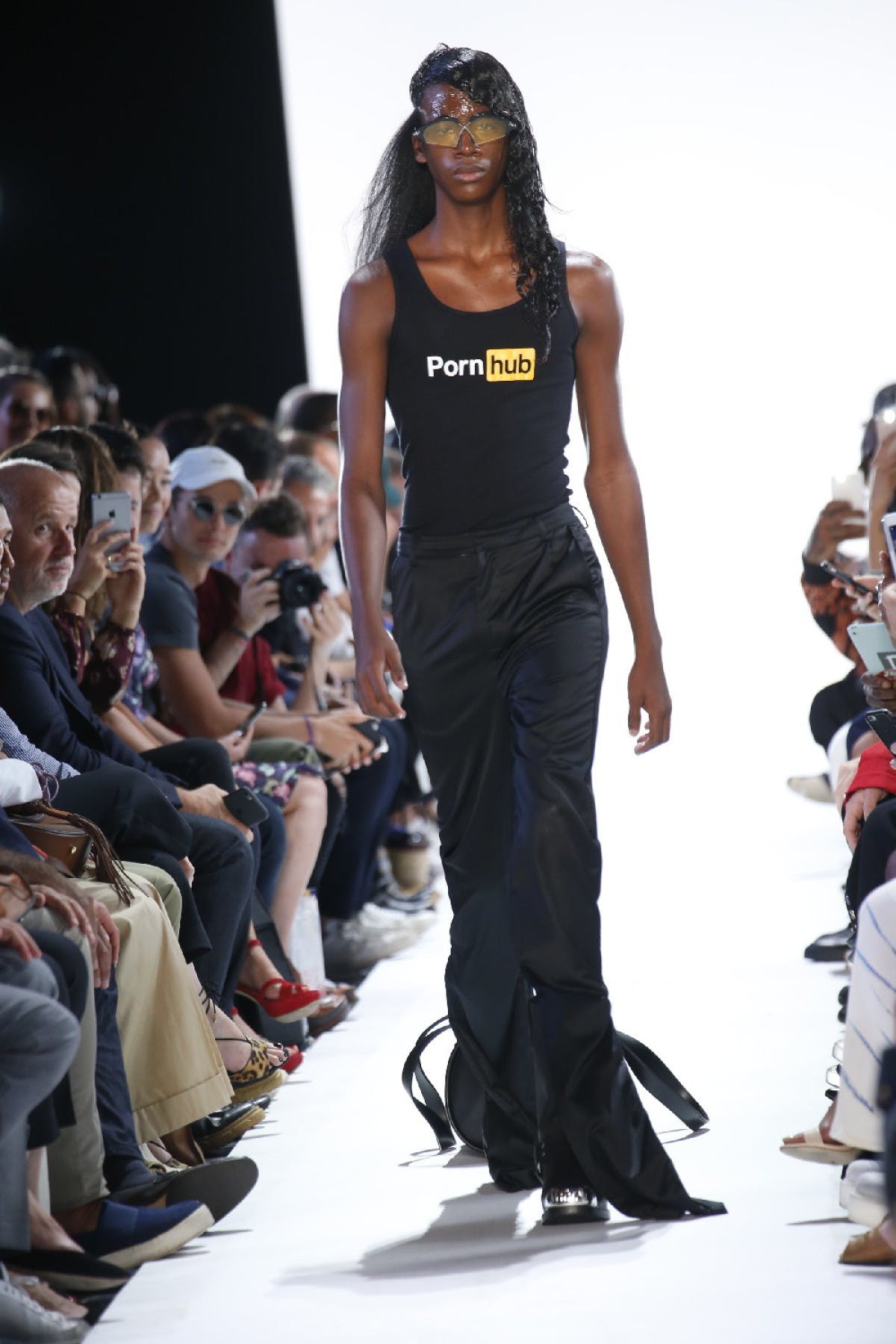 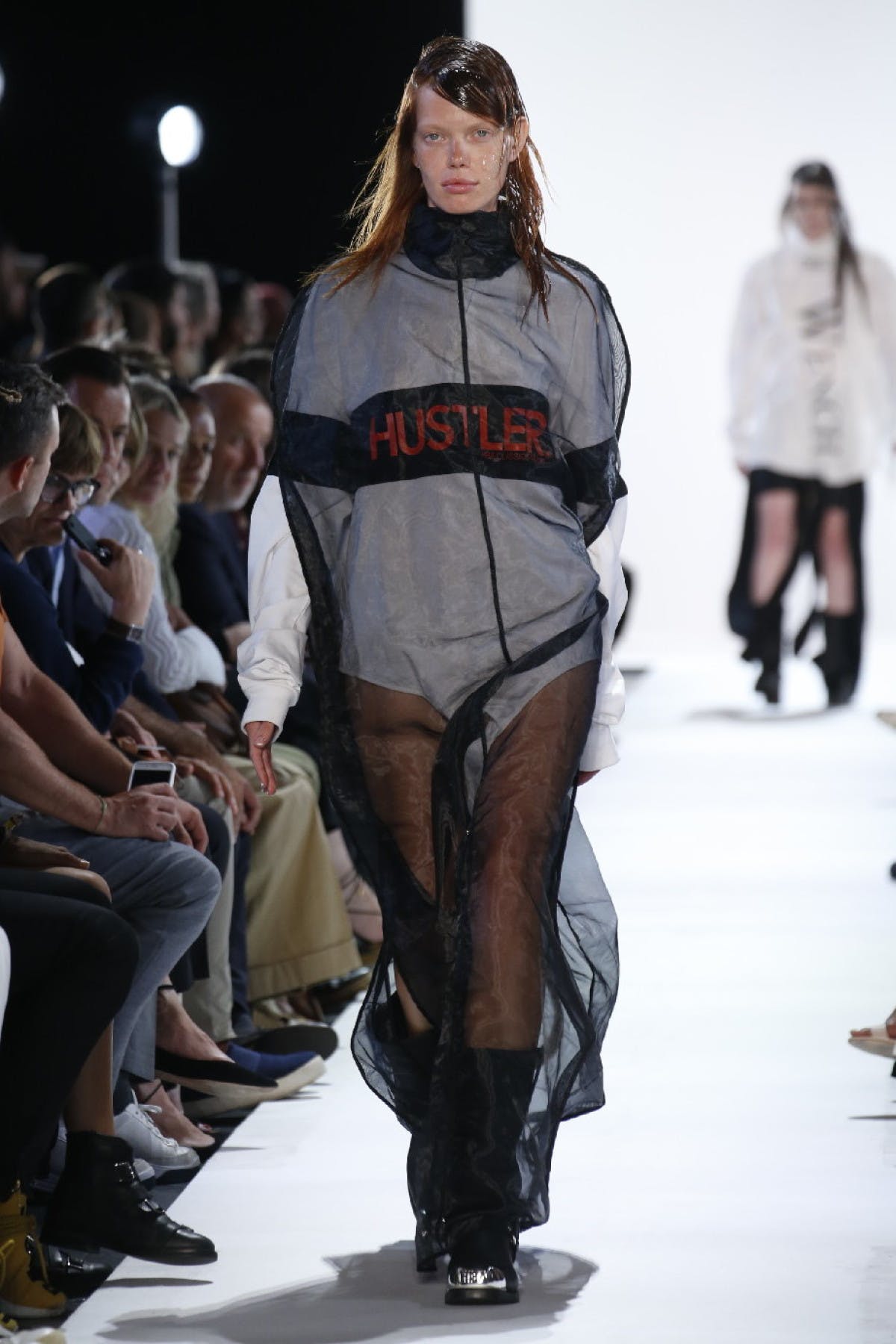 Fashionista spoke with a couple of the hair and makeup artists behind the high-concept look, who claimed it was inspired by kids playing with Vaseline.

“The look is inspired by mischievous children getting into household products like Vaseline, oils or beauty products,” Bumble and Bumble hairstylist Amy Farid told Fashionista backstage.

It’s unclear why the artists didn’t just cop to the fact that the models looked like they were covered in semen—the look was identical to a post-Bukkake glaze—but sure, mischievous children it is. 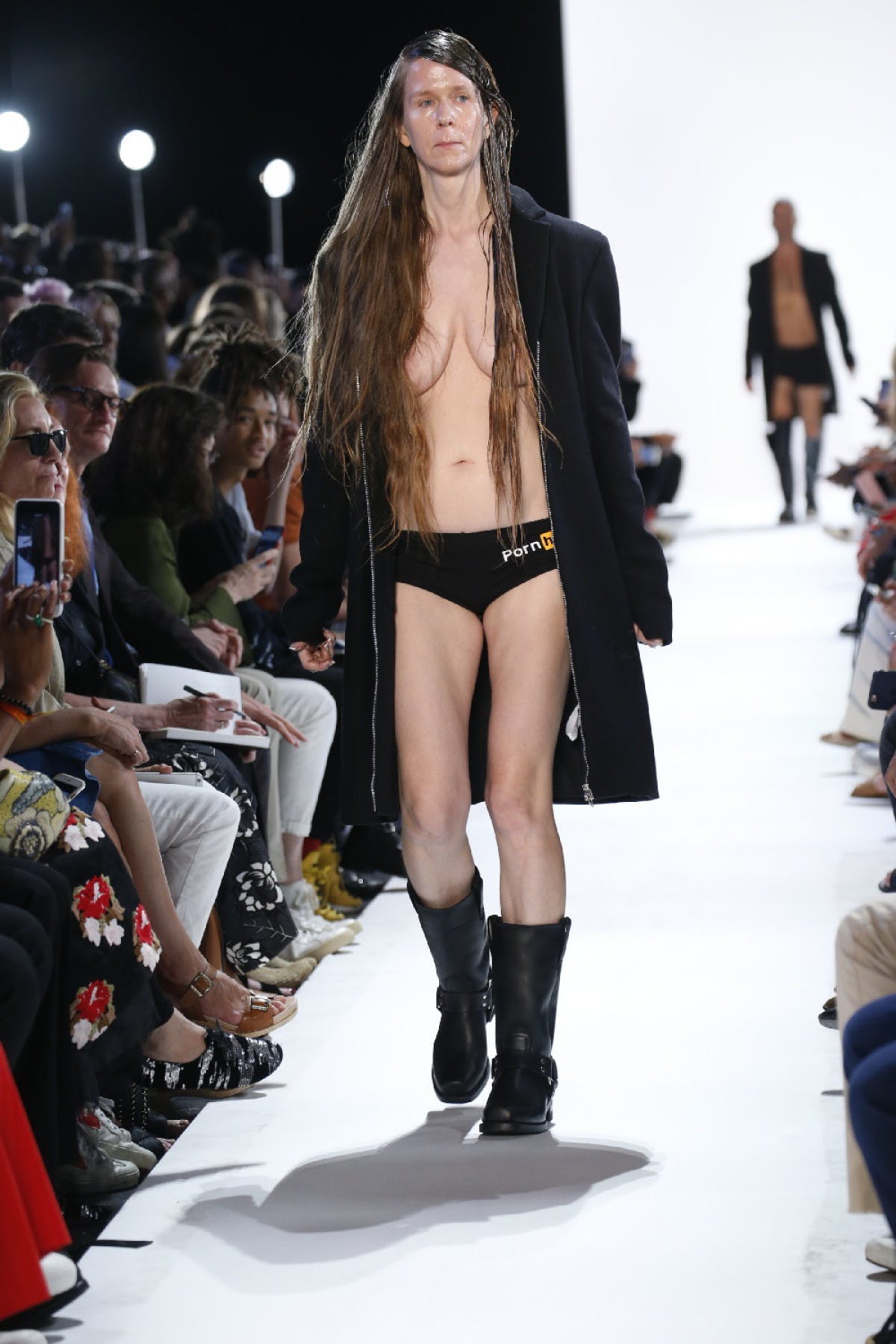 The show featured performance artist and musician No Bra (above) among its model lineup. No Bra‘s Susanne Oberbeck is famous for performing topless, her Lady Godiva-length hair covering her body while sexed-up queers frolic and make out in her videos.

Frozen water, as it turns out, is another way of saying loads and loads of semen.