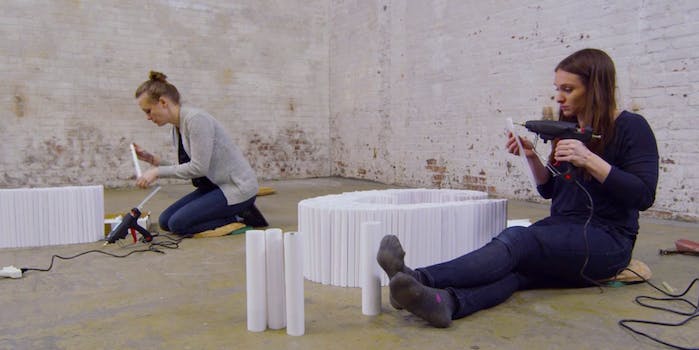 Homophobes hated this company’s ad, so it responded in the best way possible

Honey Maid took the high road on this one.

When it came to bigoted backlash for its latest commercial, Honey Maid took the high road.

A few weeks ago, the brand released a commercial celebrating families of all races, genders, and status, as well as the wholesome values they all shared. It’s rather adorable.

You’ll notice one of those was a same-sex couple. Big deal, right? Well, much like the Cheerios commercials featuring a biracial family that received so much racial backlash, the ad was controversial among a certain demographic that found nothing wholesome about parents who happened to be the same gender. And much like the Cheerios commercials, that reaction only made the ad’s message that much more important.

So Honey Maid created another ad, asking a pair of artists to turn the messages of hate into something beautiful.