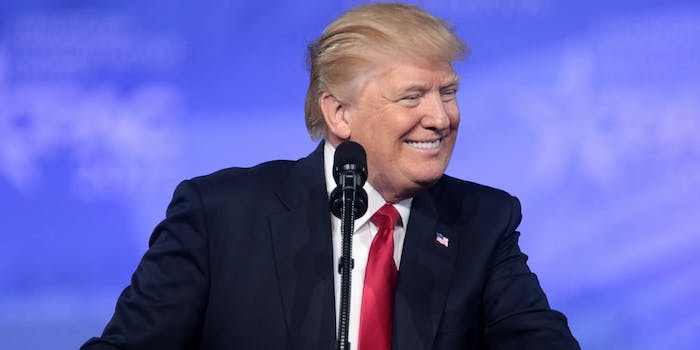 His handling of the American Health Care Act was the final straw.

President Donald Trump has a “lack of understanding and concern” for people living with HIV/AIDS, according to the Presidential Advisory Council on HIV/AIDS (PACHA), leading six members to resign.

In an op-ed for Newsweek, former council member Scott A. Schoettes revealed that the Trump administration has no strategy in mind for fighting the HIV/AIDS epidemic. Specifically, Schoettes criticized the White House for supporting legislation “that will harm people living with HIV and halt or reverse important gains made in the fight against this disease.”

Created in 1995 under President Bill Clinton, PACHA members are appointed by the president, and usually include HIV/AIDS researchers, health care officials, medical providers, clergy members, HIV advocates, and people living with HIV. PACHA also provides recommendations for the National HIV/AIDS Strategy, a federal program created under the Obama administration in 2010. President Trump has since let the White House Office of National AIDS Policy decay, refusing to appoint an official to lead the office.

“Because we do not believe the Trump administration is listening to—or cares—about the communities we serve as members of PACHA, we have decided it is time to step down,” Schoettes writes. “We will be more effective from the outside, advocating for change and protesting policies that will hurt the health of the communities we serve and the country as a whole if this administration continues down the current path.”