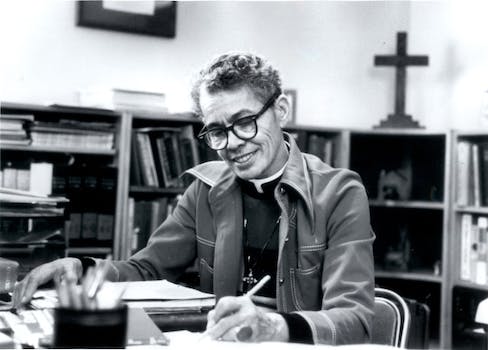 It's an LGBTQ win in a state known for its controversial trans bathroom bill.

In a time when the LGBTQ community is worried about a collective step backward in terms of rights and legal protections, it can feel particularly uplifting to see queer activists get the recognition they deserve. Last week the National Park Service announced it’s honoring the late LGBTQ activist Pauli Murray by making her childhood home an official historic landmark in Durham, North Carolina.

Murray is a relatively unsung hero when it comes to LGBTQ rights and political activism, though her lifelong pursuit of justice is staggering. Born in Baltimore in 1910, Murray was a graduate of Howard University and a subsequent graduate of the University of California Boalt School of Law. As a lawyer, Murray fought hard for marginalized communities in matters concerning racial discrimination, gender bias, and LGBTQ equality. Murray was also a co-founder of the National Organization for Women. In her personal life, she was an accomplished poet and writer, and one of the first women to be ordained as an Episcopal priest.

Murray’s identity as a not only a queer woman but as an African-American queer woman is significant, as the intersection of her identities speak to the unique position and challenges faced by marginalized communities that exist in multiple spheres. Today, she continues to serve as an inspiration for activists and leaders who are familiar with her work.

It should also be noted that while there are 2,500 historic places recognized by the National Park Service, only 3 percent are associated with women, people of color, or openly LGBTQ individuals.

With this designation from the National Park Service, the Pauli Murray House will receive $238,000 in grant money to preserve the building and help it open as a public museum space in 2020. Given the current political climate in North Carolina—where a bill passed last year denying trans people the right to use the bathroom that correlates with their identifying gender—having publicly accessible spaces that celebrate queer activists feels integral.