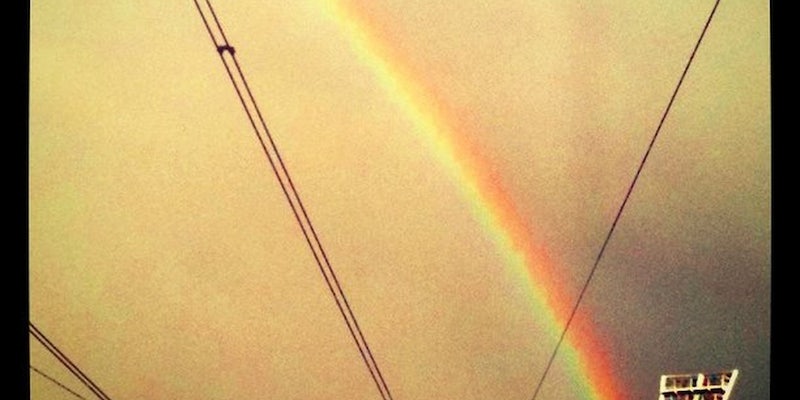 As a rival turns into a partner, Instagram reigns supreme as the place to show off your photos.

No longer just a cool app, Instagram is coming of age as a photo-sharing community.

As if grabbing 27 million users in its first 17 months wasn’t enough, more users and photos will soon follow. On Wednesday, the company behind Instagram announced that users of a similar app, Hipstamatic, will soon be able to share photos with Instagram directly.

Hipstamatic is similar to Instagram in that it lets you apply filters and other effects to your photos to jazz them up. Only now you’ll be able to export those photos to Instagram with a single tap on your smartphone’s screen.

It makes sense for Hipstamatic, which has just 4 million users, to embrace Instagram’s community rather than try to catch up in size.

“When we launched, it was all about [sharing photos on] Facebook and Flickr and Twitter, and now we’re seeing a huge shift in our user base toward Instagram,” Hipstamatic cofounder and CEO Lucas Buick told Fast Company. “We’ve never been a social networking company, but we clearly benefit from social networks. So this will be the first app outside of Instagram that lets you into their network. That’s pretty cool for us.”

If you’re a Hipstamatic user, you’ll see an Instagram sharing option alongside those for Facebook and Twitter. Your photo can be autotagged with the lens, film, and flash you used and you can add a comment as well.

This is a big deal for Instagram, since it’s the first time it’s allowed users of another service to share photos directly. Previously, anyone taking a photo with another application would have had to save it on their iPhone, open Instagram, and then repost the image.

“People post Hipstamatic photos on Instagram all the time, and we just want to make that experience easier,” said Instagram CEO and cofounder Kevin Systrom in an interview with Fast Company.

Systrom said it might team up with other apps and companies to do the same thing if the Hipstamatic experiment proves successful.

To date, Instagram photos have found a home on other social networks, with photographers sharing photos they take using the app to Twitter, Facebook, Tumblr, Sina Weibo, and others. In other words, Instagram has been using other Web communities to facilitate its growth.

Now, though, Instagram is becoming a home for photos taken using other apps, and it seems as though it’s turning into a hub for such images.

“That is awesome! I love both, but I love Instagram more!” Toby Overstreet tweeted.

With an app on the way for Android devices and perhaps more photo-sharing partners in the future, it’s clear that the Instagram juggernaut shows no signs of slowing down.