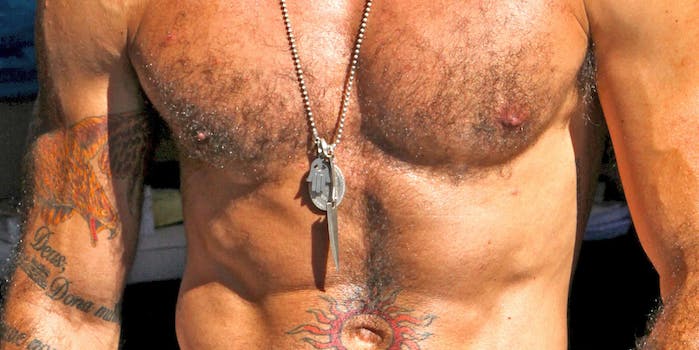 This article contains sexually explicit content. All names and identifying details have been changed.

My hatred for Wesley started in Hebrew school, where all great sagas begin. We were in third grade. Growing up, I was small for my age, and Wesley started targeting me immediately.

Wes’s primary weapons were repeating every word I said in a baby voice—it was hilarious, because I was really small, like a baby! Haha!—and pretending he couldn’t see me when I was standing right in front of him. The Hound does the same thing to Tyrion in Game of Thrones, and when I first read that book, I had flashbacks of standing under a “50th Anniversary of Israel” banner and crying while Wes bumped into me repeatedly.

“Oh my God, it is him!” I cackled, peering at Wesley’s face on screen.

“Oh my God, it is him!” I cackled, peering at Wesley’s face on screen. I knew it the second I heard his voice, the voice that relentlessly taunted me during our high school civics class.

Watching Wesley’s bare butt pump up and down onscreen, my mind flashed back to when we both did mock trial in high school. As an aspiring lawyer and general overeager nerd, I had been dying to play the defense attorney. Wes ended up having to be the prosecutor, which was intended some sort of punishment for his never having shown up to class.

Being matched up with Wes made me furious. I’d worked hard for this mock trial gig and he clearly didn’t care about it all. During the trial, he repeated every word I said in a robot voice, and he kept muttering disgusting comments about me under his breath when the teacher wasn’t paying attention.

Because Wes was more popular than I was, and we were being judged by a jury of our peers, he ended up winning the trial. So at first, I ended up getting a lower grade than him. I begged my teacher to change my grade, but she explained that whoever won the trial won the grade. With tears in my eyes, I showed her the hours and hours of work I had put into this project.

I got the grade, but the victory was short-lived. Right after I left the classroom, I spotted Wes, who shoved me across the hallway. “Whoa, little girl! Didn’t see you there,” he jeered.

That’s why it felt so good to see Wes a decade later, dutifully pumping into a scrawny dude while staring into the camera. His face looked so much more determined than it did on the day of the mock trial, and I laughed until I couldn’t breathe.

After the initial shock of watching Wes bang on camera started wearing off, the video got a little boring. “This production value is shockingly low. I thought there’d at least be a cheap ’70s funk music soundtrack,” I griped to my best friend.

As I watched the movie, my mind flooded with even more questions. Who was the scrawny dude bent over in front of Wes? Was he Jewish too? He didn’t appear to be circumcised. What was the deal with circumcision, anyway? Did Wes shove the scrawny dude across the set, pretending not to see him, like he did to me? Or were they best friends, or lovers, or total strangers?

Who was the scrawny dude bent over in front of Wes? Did Wes shove him across the set, pretending not to see him, like he did to me?

At first, watching Wes have sex on camera made me think that I had automatically turned out better than him. But then it occurred to me that that might not be the case. After all, Wes was employed. I wasn’t.

“I can’t believe he has a job and I don’t,” I griped to my best friend. She reassured me that if I wanted to be employed in such a manner, I could be, but that I wasn’t exactly searching for that kind of job.

“Still, someone’s paying Wes to do something,” I pointed out. “And it’s even something he’s good at.” I was right. He might have been a bad person, but clearly, he was good at having sex on camera.

“Get out of your head,” my best friend ordered. “Turn off the damn video already.”

Back in high school, there were so many times that Wes had mercilessly mocked me and I’d glared up at him, all the while thinking, “Suck a dick.” Well, here he was, doing just that, and he was a natural at it. Maybe he’s found his calling, I thought bitterly. And maybe I was still just the overeager nerd, desperately trying to compensate for being the smallest person in the room.

Maybe he’s found his calling, I thought bitterly. And maybe I was still just the overeager nerd, desperately trying to compensate for being the smallest person in the room.

Right before I turned off the video, I saw the scrawny dude gently push Wes down in front of him. I  suddenly remembered what a friend had once told me after he watched the Brokeback Mountain sex scene for the first time. “That was some bullshit,” he’d said. “That little amount of spit would NEVER be enough lube for a first-timer.” Wes looked surprised but eager, and the scrawny dude entered him easily.

Clearly, this wasn’t Wes’s first time at the rodeo. I wondered if the producers of the video would care that this wasn’t actually his first gay experience. But as he smiled on screen, I smiled, and I hoped that wherever he was, he was happy.