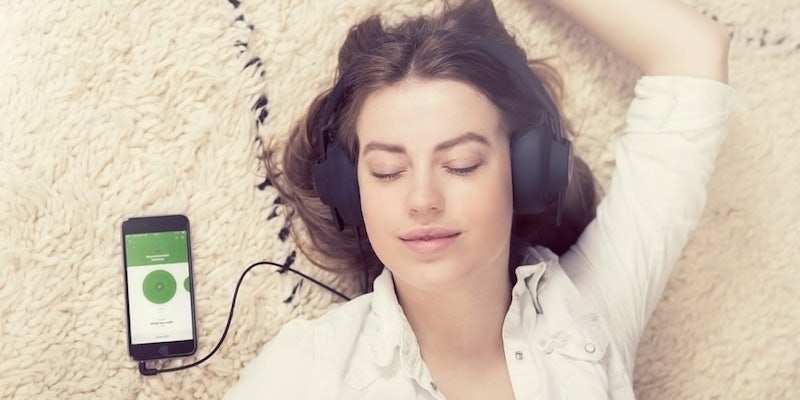 I hypnotized myself with an app to eat more vegetables

HelloMind wants to relax you into better habits.

It still feels rare to find someone who really believes in hypnotism. The practice, one with a deep history in psychotherapy, has been relegated to you-are-getting-very-sleepy tricks. The second Google result for “hypnotism” is an article on spellsandmagic.com. A lot of people just don’t take it very seriously.

However, according to the makers of HelloMind, hypnotism isn’t just a trick. It’s something most of us do to ourselves without even realizing it. And through their app, they’re trying to help people use hypnosis to solve their own problems. 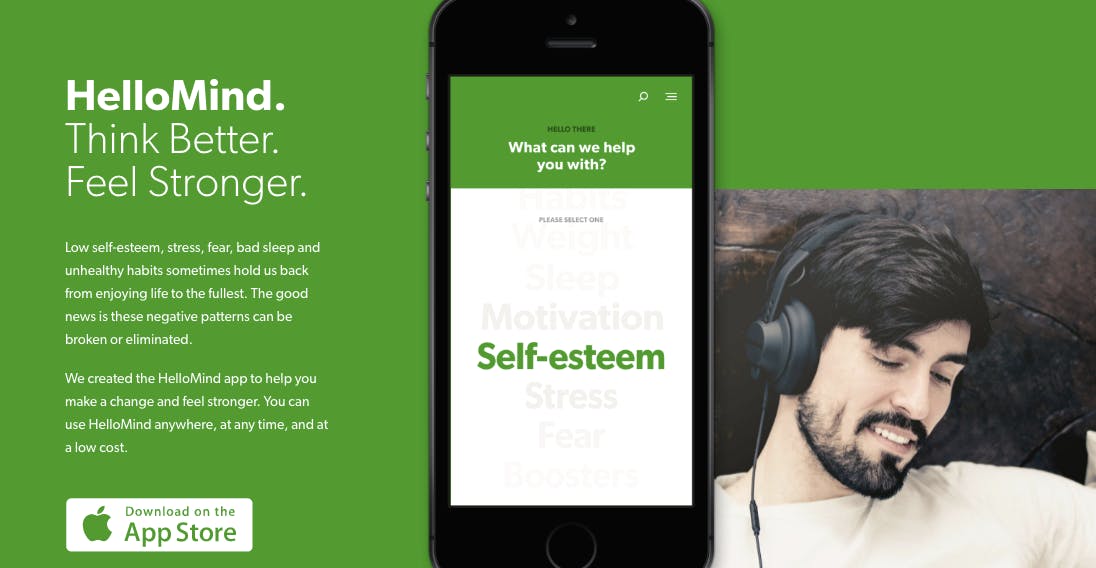 “The thing with hypnosis is that it’s a very common state of mind that you can enter without having an operator, and we do it all the time when we are thinking and concentrating at the same time, but in a relaxed sense of manner,” says Jacob Strachotta, founder of HelloMind. Strachotta is also the founder of the Institute for Advanced Hypnosis (which doesn’t appear to have a website), and says he has trained over 600 hypnotists and hypnotherapists. Strachotta describes hypnosis as similar to daydreaming or meditation—a state of being in which we are hyper-attuned to our inner world. HelloMind claims to use that state to get to the root of various problems through the course of multiple, 35ish-minute hypnosis sessions.

Strachotta says HelloMind can get specific because of “result-driven” or “solution-oriented” hypnosis. The idea is that, by inducing deep inner focus, the user can target the thing that’s keeping them from eating better, or getting more sleep, or making them anxious about sex, or whatever specific issue they’re trying to solve.

I decided to use HelloMind to try to make my eating habits better. I had fallen into a rut of ordering take-out and figured hypnotizing myself into drinking more water and eating more vegetables would be as good a strategy as any.

HelloMind asks that you find a comfortable space where you can sit undisturbed for the duration of the session, either with headphones, or in a room where you won’t hear anything else. I found a small, enclosed space in my office and turned off the lights.

“If you have an embarrassing problem, it’s very difficult to open up to another person,” says HelloMind’s founder. “But doing it through an app, the only reflection is yourself.”

If you’ve ever tried to force yourself to go to sleep when your mind is racing, you probably know what trying to enter hypnosis feels like. You try to breathe and make yourself relax, you think calming thoughts, and you hope and pray that at some point your conscious mind will shut up so you can actually relax. It doesn’t help that the words being used to lull you into this state are a little weird when you actually listen to them. I was told that I would find the “comfort and relaxation of comforting relaxation,” and spent about five minutes going over that collection of words before realizing I should have been relaxing.

According to Strachotta, this is common for beginners, because the conscious mind is still trying to be in control. “One can also be a little anxious about ‘Where will this lead me? Will I discover something? Am I doing this right? Am I good enough? Am I hypnotized now?'”

But that self-consciousness is why he believes apps like this could be a revolutionary aid in mental health treatment.

Resources for mental health are often viewed as a luxury, reserved for the upper crust of society who has nothing else to do but lay on a couch and talk about their petty problems. Those stereotypes contribute to the overall idea that mental health isn’t necessary. And while Obamacare has been expanded to include some mental health treatments, there is a therapist shortage, and anyone who’s tried to find a therapist who accepts their insurance can tell you that it’s incredibly difficult and sometimes prohibitively expensive. Mental health treatment is often kept out of the hands from the people who really need it, such as the poor, LGBT youth, and immigrants.

In-person therapy can also be stressful for people who are seeking it out for the first time or who don’t come from a culture in which it’s an accepted practice. “If you have an embarrassing problem, it’s very difficult to open up to another person,” says Strachotta, even if you know the person is there to help. “But doing it through an app, the only reflection is yourself.”

On the other hand, another great misconception about mental health treatment is that anything offers an instant fix. Sure, medication can drastically help a lot of disorders, and simply admitting to someone else that you have a problem can be a huge step in the right direction. But just like going to couple’s therapy won’t guarantee your marriage is fixed, being hypnotized by an app didn’t make me choose healthy food.

The fact that I even chose that program made me aware that I had been slacking on my eating habits. But I wasn’t making choices based on some deep trauma I refused to confront, or a suppressed memory about lettuce that had been subconsciously guiding my culinary life. I was just lazy. Maybe I wasn’t targeting the right issue. Maybe if I did have some deep trauma, hypnotism would work better on me. Maybe if I practiced it more, I could let go of my conscious mind easier.

That almost seemed beside the point, though. Taking a half an hour a day to get myself to a comfortable spot, turn off the lights, and let myself drift did more for my emotional health this election season than just about anything. It would be cool, though, if that also came with a side salad.