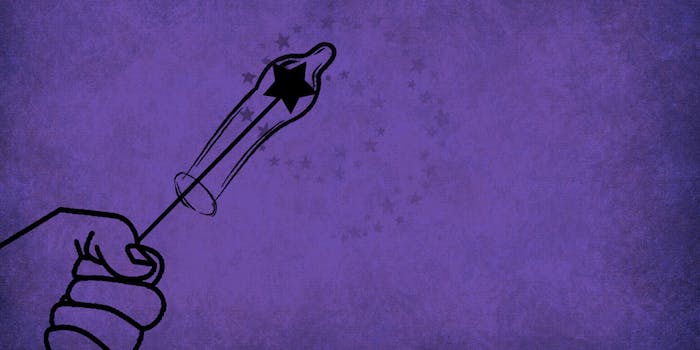 How one university is incorporating Harry Potter into sex ed.

For Boston University students, sex ed is laced with magic. That’s because two graduate interns have decided to incorporate the world of Harry Potter into a sexual health seminar.

“A lot of students entering college don’t actually get a foundation in sexual health, so we are going back to the basics, and finding ways to loop in references and scenarios from Harry Potter,” event co-organizer Jamie Klufts told the Boston Globe.

With the college age generation having grown up alongside the boy wizard, Klufts and her co-organizer Michelle Goode realized that J.K. Rowling missed an opportunity to address sex and sexuality in the formative book, dealing with the kinds of questions that middle and high school students might have about the topic.

“How can you have a school full of wizards and not talk about sex and sexuality?” said Klufts.

Potter is no stranger to inspiring a variety of projects that benefit the greater good. Organizations like the Harry Potter Alliance have used Rowling’s works to promote social justice, from marriage equality to fair trade economics, in the name of Potter.

The BU seminar, which is part of a month-long safer sex project, has 80 students signed up, and will use Potter as a launching point for discussion. They say they’ll use vernacular and situations from the seven book series to illustrate their points.