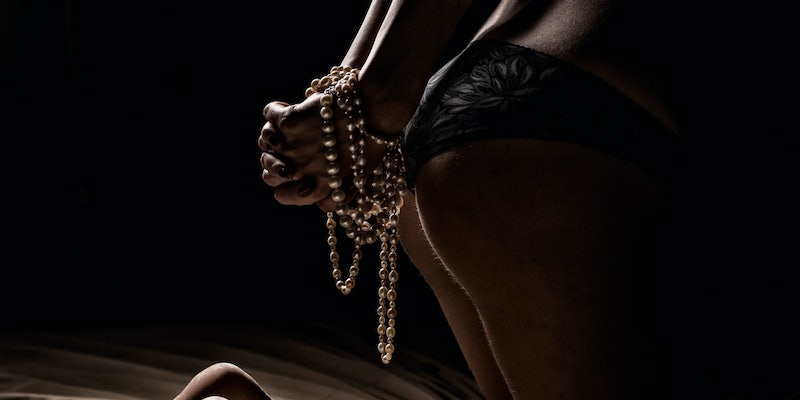 On a Wednesday episode of British talk show Loose Women, the Labour Party member discussed her support for a legislative amendment banning the “rough sex” defense in the U.K., the Independent reports.

The defense, which Harman has long referred to as the “Fifty Shades of Grey defense,” is used by defendants on trial for murder to claim that their sexual partner’s death was the result of a dangerous, but consensual, sexual scenario. The defense garnered public attention after a British woman visiting New Zealand was strangled to death by a 28-year-old Tinder date who blamed her death on “consensual choking,” as CNN reports.

Harman argued the “rough sex” defense emerged after Fifty Shades “normalized that some women want pain inflicted on them in sex,” according to a clip shared by the Daily Mail. This, she concluded, “provided a grizzly opportunity for men to twist women’s empowerment of their own sexuality” by arguing “she wanted rough sex.”

“In that situation, it is impossible for the woman—or indeed anybody else—to challenge it,” Harman said on Loose Women. “[A]bsolutely any man who killed any woman, even if it was a perfect stranger, he could say, ‘yes, we hooked up, but she wanted rough sex.'”

The legislation also argues that if a defendant’s actions during consensual sex led to another person’s death, the defense would “have to take responsibility for that, even if she did want it,” because “it’s your hands that killed her,” the Daily Mail reports.

This nuance is lost on writers like Lousie Penny who suggest BDSM’s normalization means the “open-minded attitude of juries” come at “a cost” for women, she wrote in 2019. Following in Harman’s footsteps, she declares BDSM’s popularity during the 2010s caused a boom in “extreme pornography that depicts violence against women.” Now, men “are more likely to want violent sex, more likely to kill their partners in the course of such sex (accidentally or not), and then more likely to be treated leniently by sympathetic juries,” she declared.