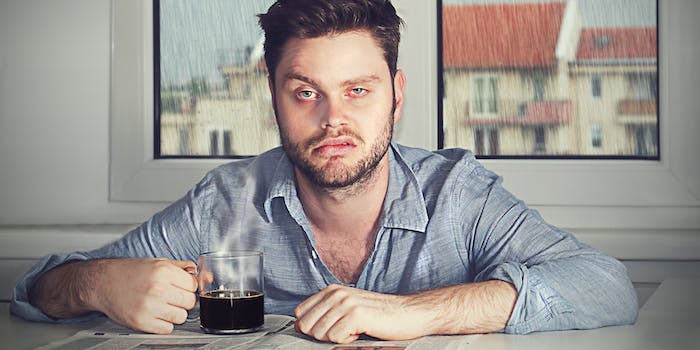 Top 5 hangover home remedies, brought to you by YouTube

A hangover is a partier’s worst nightmare.

The inevitable puking, blistering headache, and the aching of joints can make anybody reconsider ever drinking again. A hangover is caused by the combination of dehydration, low blood sugar (which creates that tired feeling), and the widening of blood vessels (which yields headaches). Yikes!

Although the best hangover preventative is to not drink, it’s probably a little late for that this morning. Fortunately, there are a few ways to combat the dreaded afterparty comedown. We’ve compiled five home remedy videos from YouTube to help you get back on your feet.

1) The Breakfast of Champions

It might be too late to down as much water as you can before passing out, but these guys have another solution: eat toast. The “burnt toast releases carbon that helps absorb the impurities released when the alcohol is metabolized in your body,” the video says. They also swear by an egg, bacon, and toast sandwich.

Something out of a Real Housewives manifesto, this so-called detoxification water promises to pep you up. It calls for spring water (not tap), ginger, organic maple syrup, aloe vera, a dash of cayenne pepper, grapefruit, lemon, lime, and an orange. The combination creates a juice to that cleanses your body, but we can’t help think it would taste better with a splash of rum.

A little hair of the dog didn’t hurt anyone, so keep drinking. The Edgy Veg swears by a Balsamic Strawberry martini which she says is the “best cure.” Muddle the strawberries, add in some lime juice, agave, and a shot of vodka and try not to puke. This is the perfect drink if you’re a vegetarian masochist.

Men’s Health Editor Matt Bean talks to CBS’ Russ Mitchell about the best hangover cures in what might be the most watched segment from the old morning show. In typical Men’s Health propaganda, Bean said to avoid a greasy cheeseburger the day after, as it’s just making your body work harder. He also said to ixnay the coffee, because caffeine will only dehydrate you more. Instead he suggested you to exercise and “slam” water as often as possible.

5) The Bradley Cooper and the Heather Graham

This is obviously not helpful at all, but if none of these cures listed above interest you, then what is there to lose? Cooper created a concoction of worcestershire sauce, cinnamon, vitamin C, and hot pepper sauce which sounds like its worse than a hangover. Graham’s creation of vitamin C and lemon juice sounds a bit better. At least they’re both very pretty because they would make horrible eHow hosts.