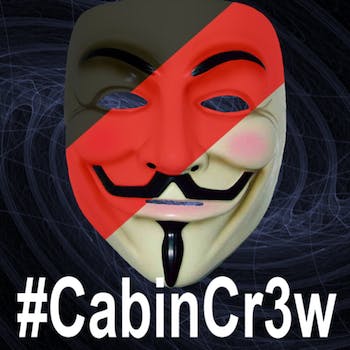 Alleged hacker pleads not guilty to breaking into the websites of cops in revenge for brutality against Occupy protesters.

The 21-year-old had been charged in March for allegedly hacking into the websites of both the Utah Chiefs of Police Association and the Salt Lake City Police Department in January of this year in an apparent attempt at retribution for police brutality against Occupy protesters.

The hacks resulted in the exposure of police officers’s personal information (what Anonymous calls getting doxed), as well as the revelation of embarrassing information, including the fact that the websites were fairly insecure. Salt Lake City police claimed it cost them $33,000  to recover and protect against another hack (earlier reported as $150,000). The indictment was unsealed today, revealing that the charges can each carry a penalty of ten years and a $250,000.

Borell, whose father is coincidentally an attorney, is being represented by a public defender at this point. Today marked the first court appearance for the youth, who uses the Twitter handle ItsKahuna. That account has not tweeted since March 23rd, citing cellphone difficulties. @ItsKahuna is a member of CabinCr3w, a subset of Anons who specialize in hacks with political and anti-governmental implications.

Supporters have set up a WePay donation site to defray legal and other expenses incurred by Borell. WePay is a collection site favored by Anons, as they are boycotting Paypal in support of WikiLeaks. #FreeKahuna is a growing hashtag on Twitter among Anon supporters.

Interestingly, it seems that Twitter itself played a role in Borell’s arrest. Although Twitter has a track record of fighting for its users’ privacy, the FBI subpoenaed Twitter and read direct messages between Kahuna and the Salt Lake City news organization, according to Fox13. The FBI also obtained the IP addresses associated with the Kahuna account, and used them to apparently locate Borell. The Kahuna tweets had publicly claimed responsibility for the actions against the police sites.

Perhaps his Twitter bio was less than a triumph of subtlety:

“United as One, Divided by Zero || Activist Against Government Oppression World-Wide || Gladly Leaking Your Databases || Always Serving Up Some Tasty Cak3”

Now it appears this young man may be served up himself, for the next fifteen to twenty years.