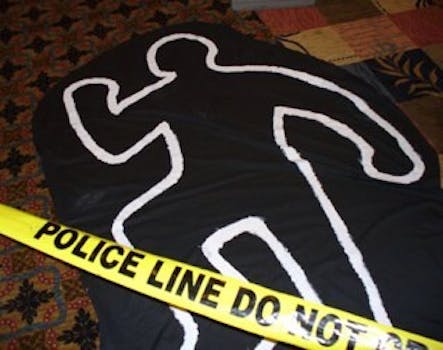 @Gundeaths tweets the stories behind the gun crime statistics

Gun crime has returned to the center of national conversation in the wake of the Sandy Hook Elementary shooting tragedy, and the person behind the @GunDeaths Twitter account is doing their part to highlight the issue, by tweeting every gun-related death in the U.S.

@GunDeaths has been tracking gun-related deaths since 12 people were killed at a movie theater in Aurora, Colo., this past summer. Its owner uses Google News, news app Zite, and tips from followers to track deaths.

It began in July by saying “This account will try to tweet every gun death in America regardless of cause and without comment, to tell the story behind the statistics.”

Since then, it’s shared hundreds of reports of deaths caused by firearm, whether intentional or not, along with links to news stories on each. On Sunday alone, @GunDeaths, which has 1,100 followers, reported eight gun-related deaths.

It shares tales of suicides and accidental deaths alongside the mass shooting of children with the same, matter-of-fact viewpoint.

Regarding last week’s Newtown, Conn., tragedy in which 20 children, six adults, the shooter and the shooter’s mother (killed at home) died, the person behind the account wrote, “Connecticut elementary school shooting death toll at 27, including 18 children”

As the White House prepares to respond to a petition calling for tighter gun control, the statistics are likely to play a key part in the discussion.