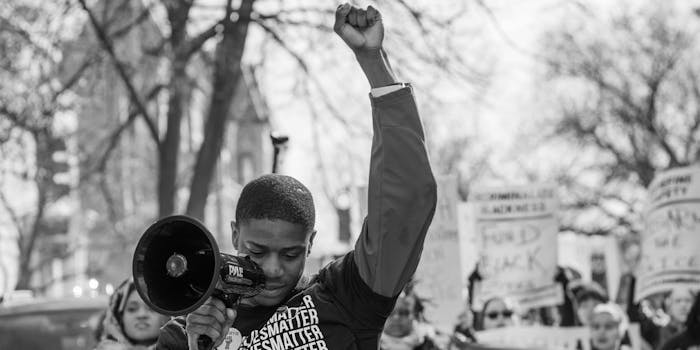 The policies proposed by the Parkland students are a good start—but they're not perfect.

Ever since 17 students and staff were killed at Marjory Stoneman Douglas High School on Valentine’s Day, the call for gun reform in America has perhaps been louder and stronger than we have ever heard. This is largely due to the teen survivors of the shooting themselves, who have been vocal on both social media and in mainstream media, not to mention organized March for Our Lives in Washington, D.C., on Saturday, which drew over 200,000 protesters and led to 800 sister marches worldwide.

But because change does not stop at protest and must expand to policy, the Guardian also published a manifesto written by student journalists from Marjory Stoneman Douglas that outlines various fixes to gun laws they would like to see “halt mass shootings.” The policies include: banning semi-automatic weapons that fire high velocity rounds and accessories that simulate automatic weapons; changing privacy laws to allow mental healthcare providers to communicate more with law enforcement; closing gun shows and second sale loopholes; allowing the Center for Disease and Control to make recommendations for gun reform; raising the firearm purchase age to 21; and dedicating more funds to mental health research, professionals, and school security.

While the policies presented are well-intentioned and the students’ organizing has been intersectional in regards to speakers and “faces,” there are criticisms regarding the manifesto and the students’ #NeverAgain movement—mainly, its emphasis on the role mental health plays in gun violence, and the lack of addressing how gun violence, outside of school shootings, affects communities of color.

Tiffany Lofton the new Director for the NAACP Youth and College department talks about the 3 reasons this March is important to the NAACP and why she brought over 1,000 students from all across the country to participate.#NAACPNow #Enough #MarchForOurLives #NAACP pic.twitter.com/YSbOeRggWs

Dr. Huberta Jackson-Lowman, the director of Association of Black Psychologists, agrees. “There are many other layers in relation to the problems that we have with gun violence in this country, and we need to not just focus on gun safety,” she told the Daily Dot.

Dr. Jackson-Lowman went on to explain how structural racism and a lack of culturally competent mental healthcare professionals in marginalized communities can lead to racial bias, which would affect patients even more if privacy laws are amended. She noted, “[Their] biases might influence them to ooverdiagnose to incorrectly diagnose someone as a threat, and then to turn this information over to law enforcement. Law enforcement then begins to act on information that may or may not be an accurate assessment or diagnosis of that person.”

Reports by the Ruderman Family Foundation and the Treatment Advocacy Center show that there already problems in how law enforcement treat those living with mental illness or disabilities. People living with disabilities make up one third to a half of those killed by law enforcement officers and people with serious untreated mental illness are 16 times more likely to be killed when stopped or approached by police.

Many of the recent notable Black Americans who died at the hands of police—like Eric Garner, Kajeme Powell, Tanisha Anderson, and Sandra Bland—were living with disabilities or mental illness. Another notable case is Charleena Lyles, who was killed by Seattle police in 2017 after she called to report an attempted burglary in her apartment and they shot her seven times. Her father’s attorney filed a claim against the city of Seattle after her death for failing to adhere to the 1990 Americans With Disabilities Act due to Lyle’s history of mental illness.

In other words, informing police about suspects potentially being mentally ill, or “acting out,” won’t likely stop police from showing up at Black Americans’ homes or on the streets and shooting them without cause; it’ll likely lead to more Black deaths.

#MarchForOurLives #BlackLivesMatter
White folks, where have we been all this time? pic.twitter.com/I3OQrbwnos

Then there are the facts that debunk the myth of the “disturbed” mentally ill shooter. According to the American Psychiatric Association, people with serious mental illness represent only 3 percent of violent crimes and less than 1 percent of gun-related homicides.

So if gun violence suspects aren’t mentally ill and police already respond to calls unequipped to handle suspects with mental health problems—but they do come in with the assumption that Black people have guns—who would this police-mental health professional relationship really serve? Who would it hurt?

Aside from Black people and minority communities, it would only further hurt the population truly suffering from mental illness. These policies don’t solve the problem we have in this country in regards to understanding and underdiagnosing mental illness; it only further exacerbates it.

“I do think that there is an increase in [mental illness] stigma, because we begin to make this connection between mental illness and violence. We know that it’s really only a small percentage of people who are suffering from various kinds of mental disorders who actually engage in violence, that violence is also carried out by people who maybe haven’t been diagnosed with a mental disorder,” said Dr. Jackson-Lowman.

Miriam Heyman, program director of the Ruderman Foundation, a group that advocates for the full inclusion of people with disabilities into society, affirmed this point by noting that it typically takes eight to 10 years after “the onset of symptoms [of mental illness] to access mental healthcare” due to stigma and lack of accessibility to proper treatment. So it’s unlikely that the mass shooter we are trying to stop is actively going to therapy and will be flagged by professionals and handed over to the police.

However, despite the mental health-police correlation, other aspects of the manifesto’s proposals resonate with many. “We need to be hiring more school psychologists, school counselors, school social workers,” Dr. Jackson-Lowman said. “We need a stronger mental health team in our schools, rather than simply having more security guards, arming them, having those kinds of approaches.”

In all fairness, the Parkland teens have brought forth more movement and solutions than even liberal legislators have in the near-two decades since Columbine. But this is only the beginning. In the path forward, we must aim to institute gun reform policies that keep in mind the realities of those most affected by gun violence—both in and outside of the classroom. ‘