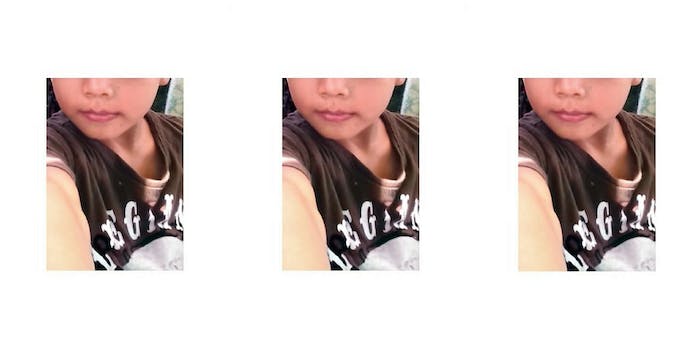 Vice News has obtained and published a recording of a phone conversation between a Guatemalan child in Office of Refugee Resettlement (ORR) custody and his mother, still in his home country, recorded one month after the child was separated from his father.

The child, 7 years old and living in a child detention center in Arizona, is one of more than 2,000 immigrant children separated from their parents as a result of the Trump administration’s “zero tolerance” policy to prosecute all adults who have crossed into the U.S. unauthorized. The child crossed into the U.S. with his father in late May and hasn’t spoken to his dad, who is detained in Texas, since they were separated.

This is despite ORR saying it’ll work with parents to establish regular phone calls, and Health and Human Services Secretary Alex Azar stating Tuesday that the agency wants children to speak with their family members in detention at least twice a week. Immigration attorneys and advocates have said that this communication between children and parents in detention is already sparse, with the phone number for ORR and the child’s identification not readily available.

On Tuesday, a federal judge ruled that immigrant children and parents separated under the policy must be able to communicate with one another within the next 10 days. The judge also ordered the administration to reunite separated families within the next 14-to-30 days and to end the practice of separating families altogether.

This is better news for immigrant children who, otherwise, would be placed with a “sponsor” in the U.S., typically a family member already living there, or would be placed in a child detention center with the ORR, waiting to be reunited with their parent until after the parent’s criminal case is over.

But for the more than 2,000 children such as this boy from Guatemala, already separated as a result of the “zero tolerance” policy, the federal judge found that the Trump administration was going through with separations without having a system to track and reunite families, nor to keep communication open between family members.

In the recording of the call, only the second he’s been able to have with his mother since being placed with ORR, the child is heard quietly crying as his mother calms him down and asks him about the facility. Vice News, which has posted the two-minute recording and an English translation to Twitter, obtained the mother’s permission to use the recording. The names of the family members have remained anonymous.

The conversation continues, with the mother asking him questions about the other children, and about what he does in the center, with the child sniffling, crying, and responding with short answers.

“Every time I go to sleep, I pray for you,” the child replies.

The mother then goes on to say that she didn’t know that “things were like this,” and that had she known what would have happened to her child and husband, she wouldn’t have allowed the child to go with him.

“Don’t be afraid… You are getting out of there. Nobody is going to take you to a different place. We are going to see you again. So, don’t be afraid. Nothing is going to happen to you there… So honey… take care of yourself and don’t cry, baby,” the mother tells him. “Be happy and… Go with God, baby.”

New: We obtained a recording of a phone call between a scared 7-year old being held in an ORR shelter and his mother in Guatemala. He crossed the border with his father almost a month ago and still hasn't spoken to him.

“We are going to see you again,” she tells him. pic.twitter.com/sZFLbaatlH

Across Twitter, listeners and viewers of the post have expressed sympathy with the child, writing that the audio has broken their hearts, and is extremely upsetting to listen to.

I’m Guatemalan. These are my people. This audio broke my heart.

This child is so f*cking scared.

This must end. We must reunite there families immediately. https://t.co/tXAYri6yk8

OMG! This broke my heart … that poor scared child and that brave courageous mother. I really really hope they get reunited. https://t.co/tKkC4KKL6S

In the call, the boy’s mother said his father was preparing to call him. Under the federal judge’s order, this child must be able to have regular communication with his father within the next eight days.