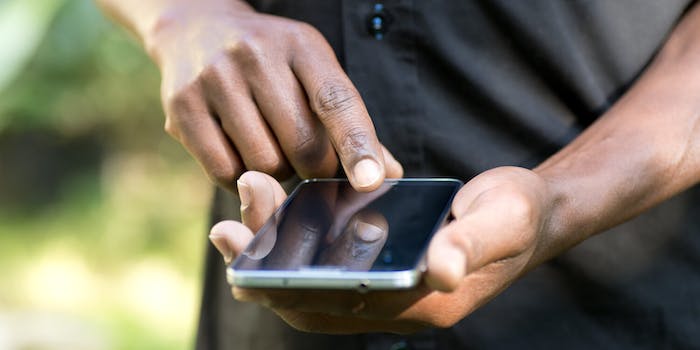 Some were shocked the filter existed in the first place.

Grindr announced the removal of its ethnicity filter on Monday and said the move is in “solidarity” with the Black Lives Matter movement and to “fight racism” on the dating app.

The LGBTQ dating service has previously allowed its users to filter matches using height, weight, age, and ethnicity qualifiers. Grindr has been heavily criticized over the ethnicity filter and users’ racism on the app.

“As part of this commitment, and based on your feedback, we have decided to remove the ethnicity filter from our next release,” Grindr wrote in the post.

A Grindr representative told the Daily Dot that Grindr “may need to update to the most current version in order for it to be removed.”

“The process to remove the filter is underway and should be reflected in users’ app by Monday,” they wrote in an email.

Social media users criticized Grindr for not taking action sooner, but many said they were shocked that Grindr had the filter in the first place.

“Wait you guys have an ETHNICITY filter,” one person commented on Grindr’s tweet. “Who the hell approved THAT?”

“Handclaps but the filter shouldn’t have been implement [sic] in the first place,” another wrote.

Although many applauded the dating service for its decision, some said they relied on the filter in order to meet people of the same ethnicity.

“It allows me to connect with ppl from my own background,” one user commented on the app’s Instagram post. “A much needed space.”

Another tweeted asked, “What about the Black and Latinx users who would rather not have to have problematic, fetishizing white gays in their face?”