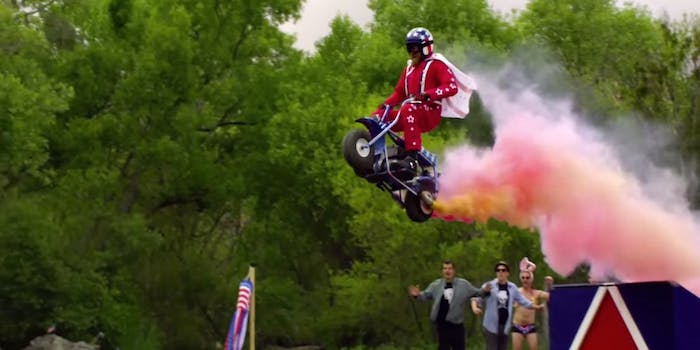 Laughter is the best medicine.

Laughter might not cure diseases, but it just might make people forget about them for a little while.

Ashley Migneault’s grandfather has lived with dementia for two years now, and although he knows there’s something wrong, he can’t quite put his finger on it. He’s no longer able to keep up with and retain information from scripted shows, but having watched America’s Funniest Home Videos with Migneault when she was younger, it was evident he loved to laugh.

As a compromise, she and her family members have started showing him something that doesn’t involve much concentration or memory at all: the Jackass movies. And he loves every second of it, leading the Reddit community to share other possible ideas of things Migneault could show him.

And like many Jackass fans, he has his favorite.

“He’s seen some CKY and a bit of the original Jackass MTV series, but he seems to like Jackass 3 the best,” Migneault wrote. “We’ve watched it a few times now and he laughs like this every single time. His favorites are basically anything with the phantom cameras or a nut shot.”