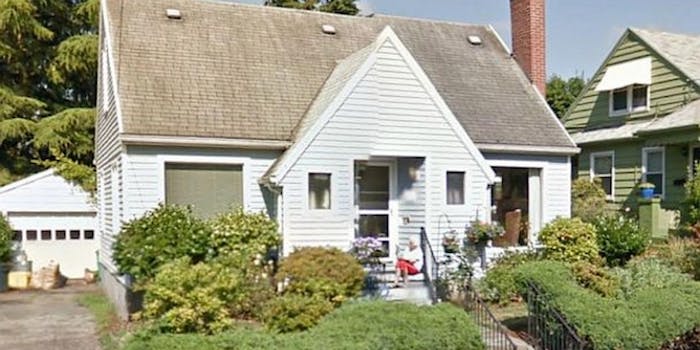 Alice lives on as the Internet's grandma.

Portland, Oregon resident Dustin Moore likes to look at Google Street Views around his city for fun. During one of these searches, he noticed a familiar face sitting on the stoop of a house on Northeast 62nd Avenue: his grandmother, Alice. Moore posted this finding on Portland’s subreddit:

“Normally when I am bored I like to browse the google street views around Oregon. Well recently I was contacted by my younger brother who happen to be doing the same thing last night. While he was checking out a few places, he happen to look at my grandma’s house.

“It’s really rare you ever see someone you know captured in the Google camera,” he continued. “But, there was my grandma sitting on her front porch reading her newspaper enjoying life.” 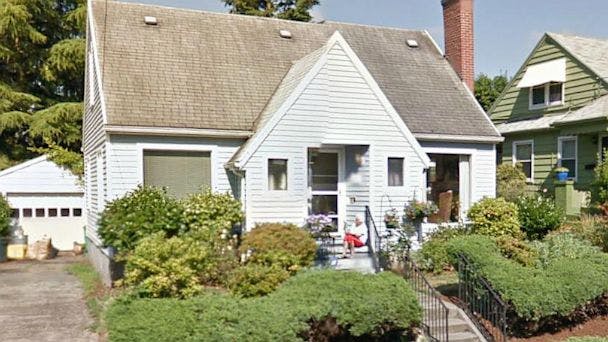 Was is the key word here, since Moore’s grandmother is now deceased. She passed away less than a year after that Street View photo was taken, but Google doesn’t update their photos annually, so Moore was seeing his grandmother in a virtual scrapbook of sorts. Alice even had a nickname: “Everybody’s grandma.”

Back on Reddit, Moore told commenters, “Grandma got a free trip around the world in a sense.”

In addition to ghosts, Google Street View has captured accidental wildlife, potential breakups, and possible murders. On the Reddit thread, another person told of seeing their dad on Google Street View, “adjusting the chimney in unlaced combat boots.” Someone saw the singer of Modest Mouse (“I saw Isaac Brock on street view. I think he was smoking”).

Grandma Alice will live on as the Internet’s grandma. At least until she gets updated.